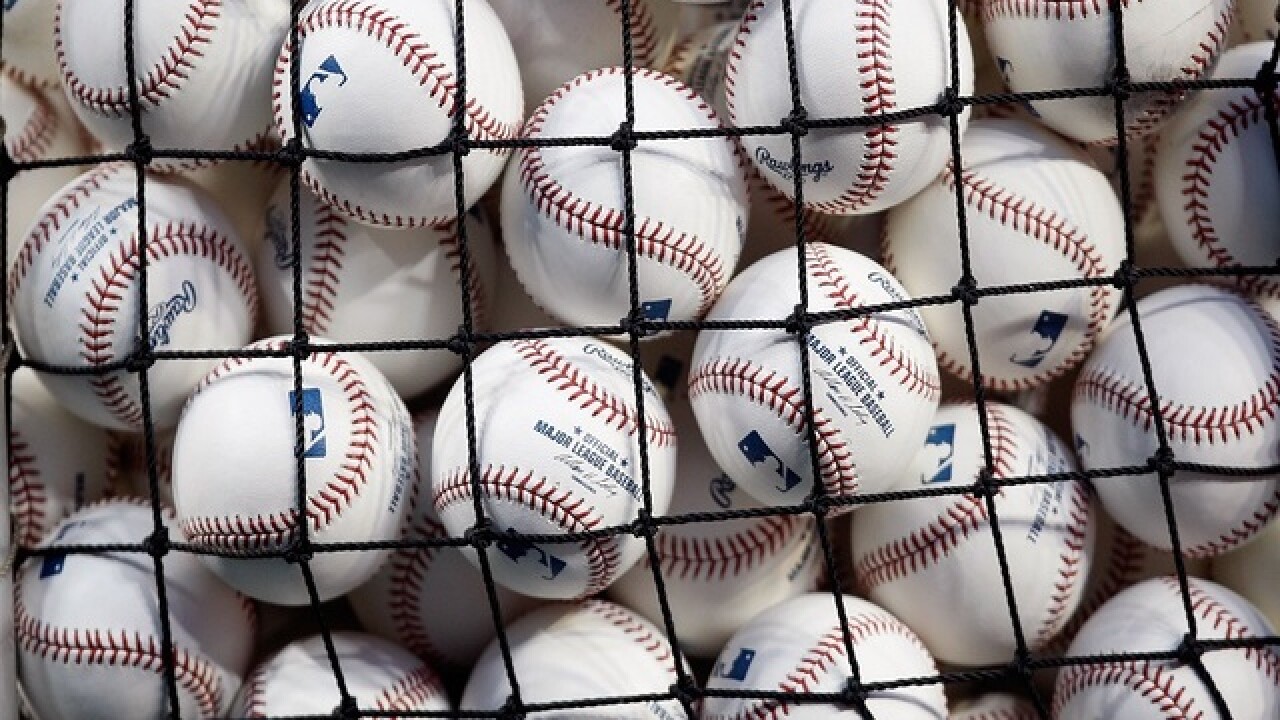 Jared Wickerham
<p>NEW YORK - OCTOBER 28: A detail of baseballs is seen through netting of a basket during Game One of the 2009 MLB World Series between the New York Yankees and the Philadelphia Phillies at Yankee Stadium on October 28, 2009 in the Bronx borough of New York City. (Photo by Jared Wickerham/Getty Images)</p>

Wednesday night's game has been moved to Thursday 3 p.m. ET as part of a doubleheader. The two teams will play their second game about 30 minutes after the first game ends, but no later than 7:05 p.m. ET, according to a press release from the New York Yankees.

#RaysUp game tonight moved to tomorrow for a doubleheader at 3:05pm. ⛈ https://t.co/ZWvOvkDORj

A severe thunderstorm watch was issued for The Bronx, where the Yankees play their home games, until 10 p.m., according to the National Weather Service.

The Rays, who play their homes games indoor at Tropicana Field, took to Twitter to poke fun at Yankee Stadium.

"Dang, tOnight's gaMe has been postponEd." The Rays tweeted.

Despite the stigma that comes with playing baseball games indoors, the Rays know that having an indoor roof prevents baseball games from being rained out or delayed.

Those who already had tickets to this week's Rays-Yankees games can click here for more information on exchanging tickets .