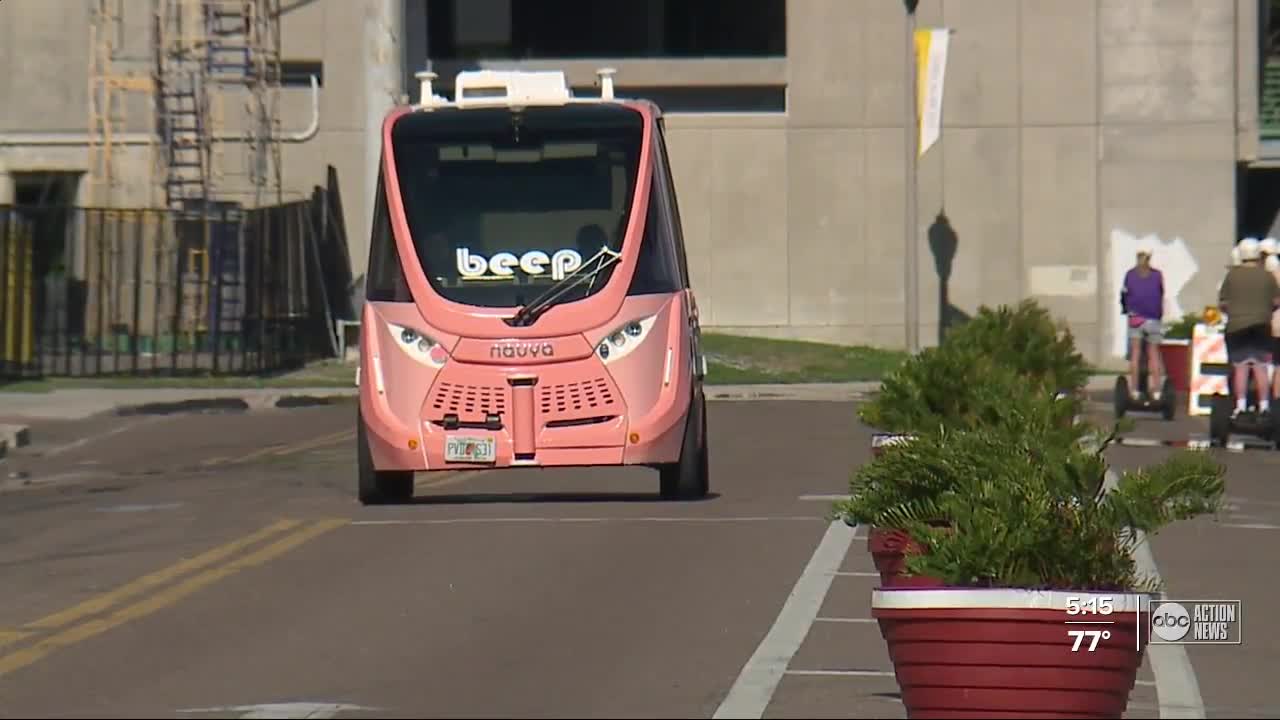 The shuttle is free for the public, but no more than six people can ride it at a time due to COVID-19. 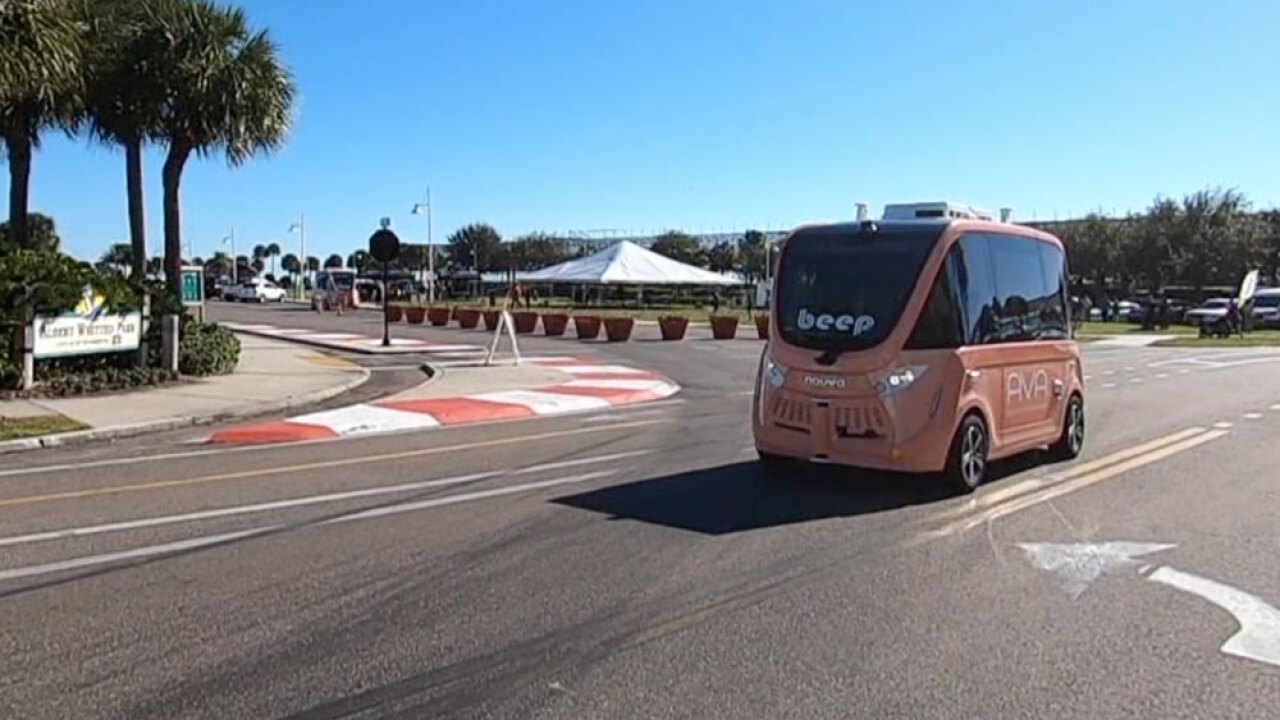 ST. PETERSBURG, Fla. — Getting around downtown St. Petersburg is getting a little easier.

“It’s a good thing for the city, “ said Scott Stewart.

Stewart was out riding his bike along Bayshore Drive as city leaders got to take their first ride on the shuttle.

“It adds to the bike of the whole city,” he said. “It really feels like the future.”

PSTA teamed up with BEEP, the company that runs the shuttle to make this happen. The Florida Department of Transportation is paying for the program.

The shuttle is all electric. It doesn’t have a steering wheel or normal breaks, and a computer basically drives it. There will be a monitor aboard to make things run smoothly. If something happens, they can jump in and take control.

HART launched a similar shuttle in Tampa back in October.

HART’s shuttle shares the transitway with buses during operation hours.

PSTA’s shuttle will be riding up and down Bayshore Drive right along with other vehicles.

“It is one of the first autonomous vehicles that will be in mixed traffic,” Miller said. “We do have lots of traffic going on here so it will be great to test this technology.”

The shuttle has sensors and GPS tracking to make sure it stays on its path, and to prevent accidents.

Mayor Rick Kriseman says this fits in perfectly with the city’s goal, “of reducing our carbon footprint by 2035.”

The shuttle is free for the public, but no more than six people can ride it at a time due to COVID-19.

The program ends in February, and officials will then decide whether or not to keep it.