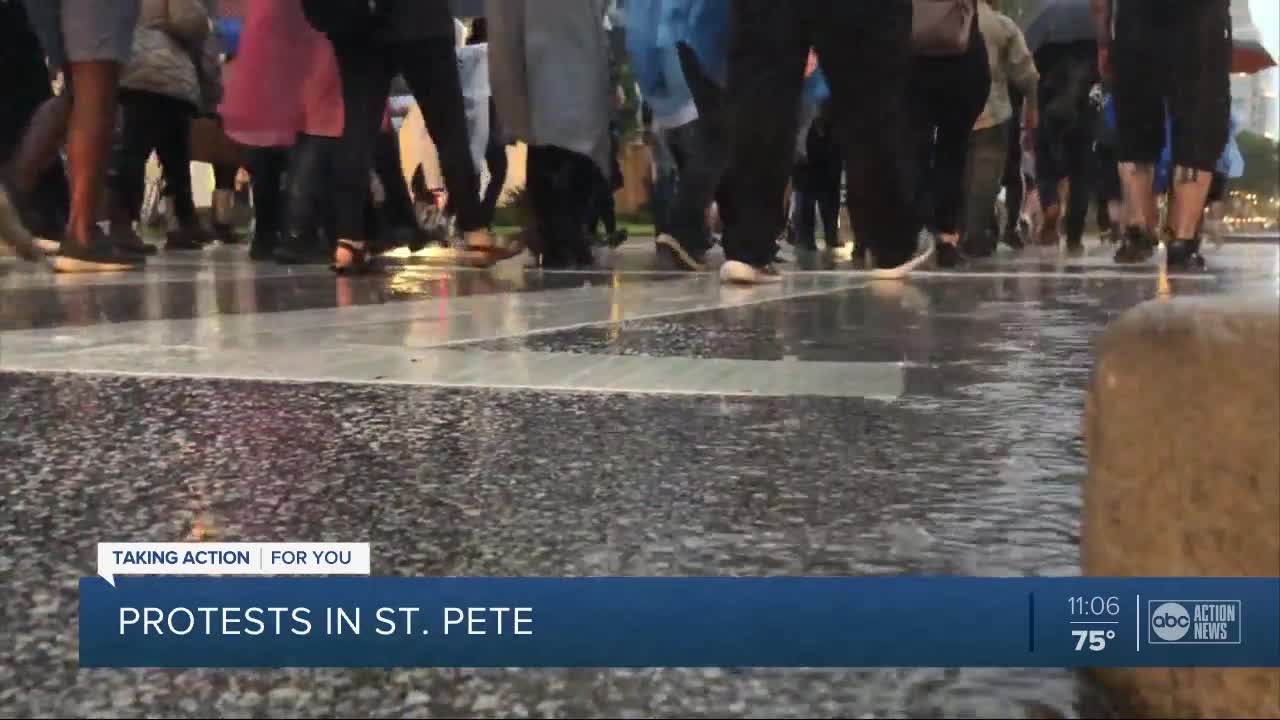 Protesters in St. Pete marched into the evening. 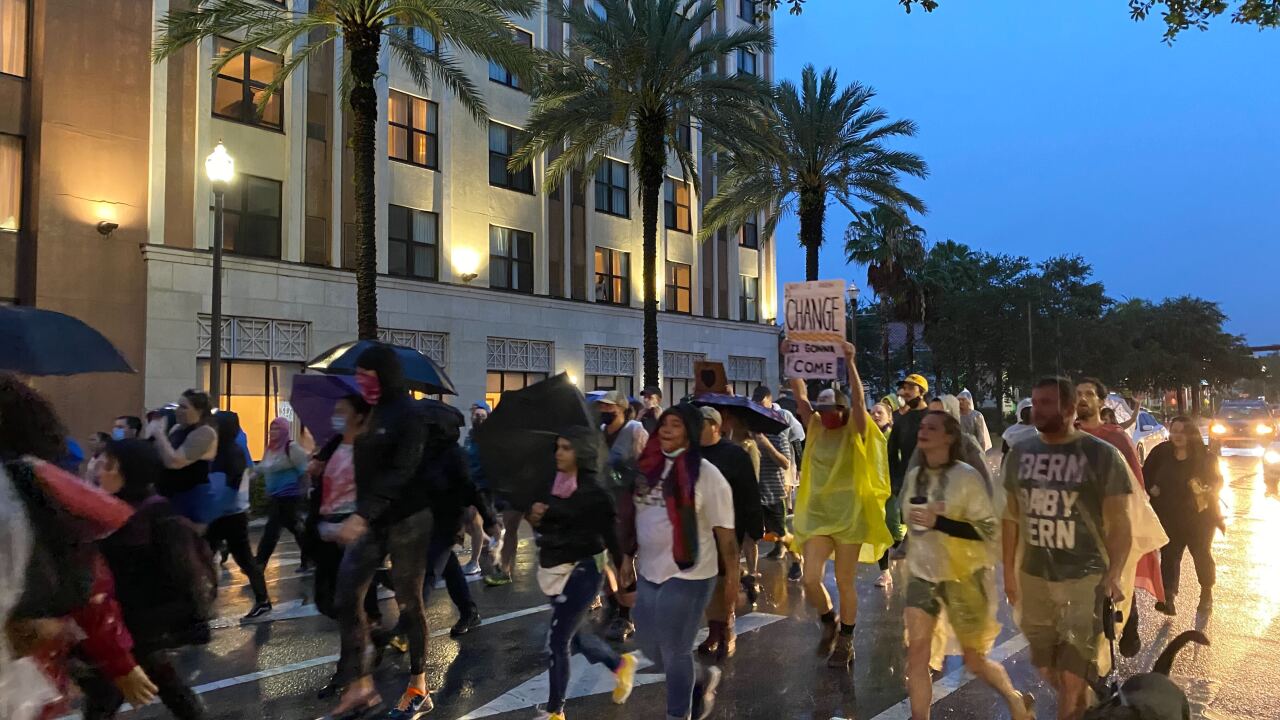 ST. PETERSBURG, Fla. -- Not even heavy rain was going to stop another peaceful protest in St. Petersburg.

Protesters started the day off around 2 p.m., and while the rain didn’t let up, the protesters stuck around all evening, marching through the streets of St. Pete, before wrapping things up back at City Hall around 9 p.m.

Saturday marked day eight of protests in the city, and even in heavy rain, protesters are persistent.

“If the entire world marched for one day, there would be one day of disturbance, one day of things not being the way they are, and then the world would go back to normal,” said Jason Munoz, a protester at the march.

Several St. Pete police officers started the day off with protesters at City Hall this afternoon.

But protesters respectfully asked the officers to not march with them, worried officers were doing it as a photo-op.

“This is the first step but not the last step. We’ve got to take all of these steps together,” said Holloway.

Officers assured it was not a photo-op, but still respected protesters wishes and let them do their thing.

“This is not gonna go away, it’s not supposed to go away. It’s our time now,” a local pastor at the protest said.

Protesters say they plan to march every day in St. Pete until they start to seeing changes.