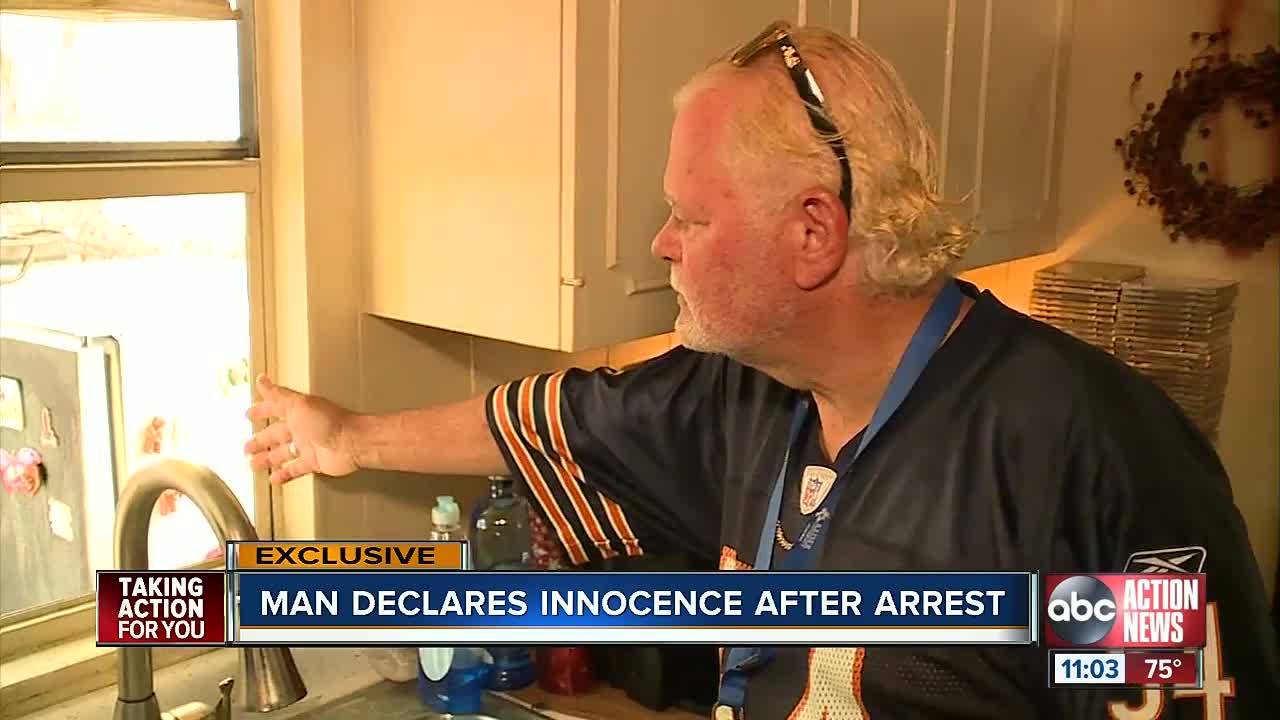 A 71-year-old man facing eviction was arrested in Largo on Wednesday after he staged his own burglary, according to an arrest report. But, he says he didn't do it. 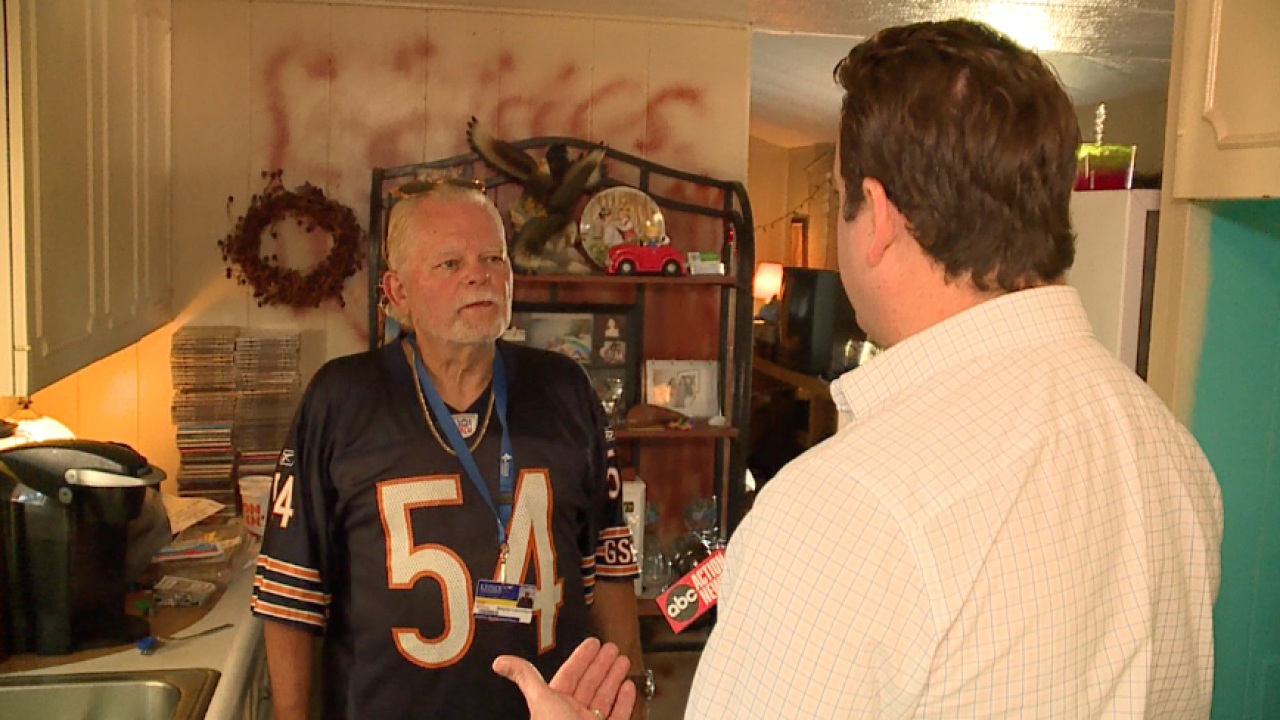 LARGO, Fla, — A 71-year-old man facing eviction was arrested in Largo on Wednesday after he staged his own burglary, according to an arrest report. But, he says he didn't do it.

“I promise, I am innocent your honor because I didn’t do it,” Wayne Leechford said. "I see all this glass on the ground I look up, and I see my kitchen window broken out."

Leechford walked reporter Michael Paluska through the alleged crime scene. The arrest report shows he was captured on his neighbor’s surveillance video faking the burglary.

Largo Police spent several hours at the Southern Skies Mobile Home Park trying to figure out exactly what happened. According to their report, “the def had just had a court date facing eviction after not paying his landlord for rent. Via video surveillance, the def was seen in the property with a female making a loud metal sound consistent with a falling large metal object, soon after, the def goes on social media where he posts about the alleged burglary.”

Leechford claims he wasn’t home at the time of the burglary. A time stamp on the video shows Leechford get dropped off at 12:53 p.m. and just seconds later you hear the sound of metal falling and glass breaking, as described in the arrest report. Then a few minutes later, Leechford is seen saying goodbye to the woman who dropped him off before casually walking to his mailbox.

“I see all this glass on the ground I look up, and I see my kitchen window broken out okay,” Leechford said. "And, from there I said ‘I think there is a burglary that happened’ and from that juncture, I asked my friend Billy, had him to come out to witness the breakage of the window.”

Leechford said he asked another neighbor to see the damage before calling Largo police.

After reviewing the video and talking to neighbors, Leechford is charged with a misdemeanor for making a false report of a crime. On Thursday, he told us he is thinking about moving.

“I’m totally pissed I have certain options available, and I’ll exercise all of them,” Leechford said. “Do I really want to live in this neighborhood southern skies where all of your neighbors are like your eye in the sky watching every move you make?”