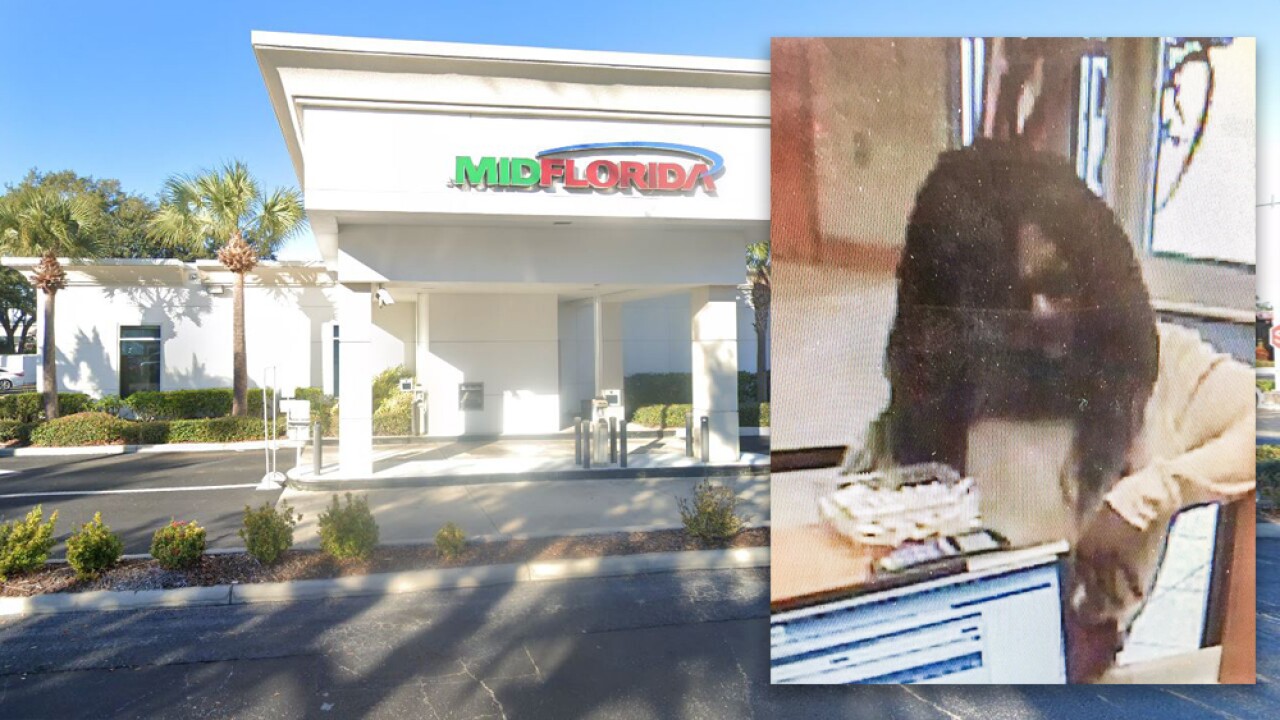 Police are investigating an armed bank robbery at the MIDFLORIDA Credit Union on U.S. 19 in Clearwater.

It happened around 1 p.m. Multiple officers and detectives converged on the scene.

Authorities say a male suspect had a gun and a note when he approached the teller demanding money.

The suspect got away with an undetermined amount of money and left the scene northbound on U.S. 19 in a dark gray, newer model four-door car, possibly a Chevrolet.

Police are working to gather suspect information as well as a vehicle description, although they did get one surveillance photo of the suspect.

This story is developing. Stay with ABC Action News for updates.