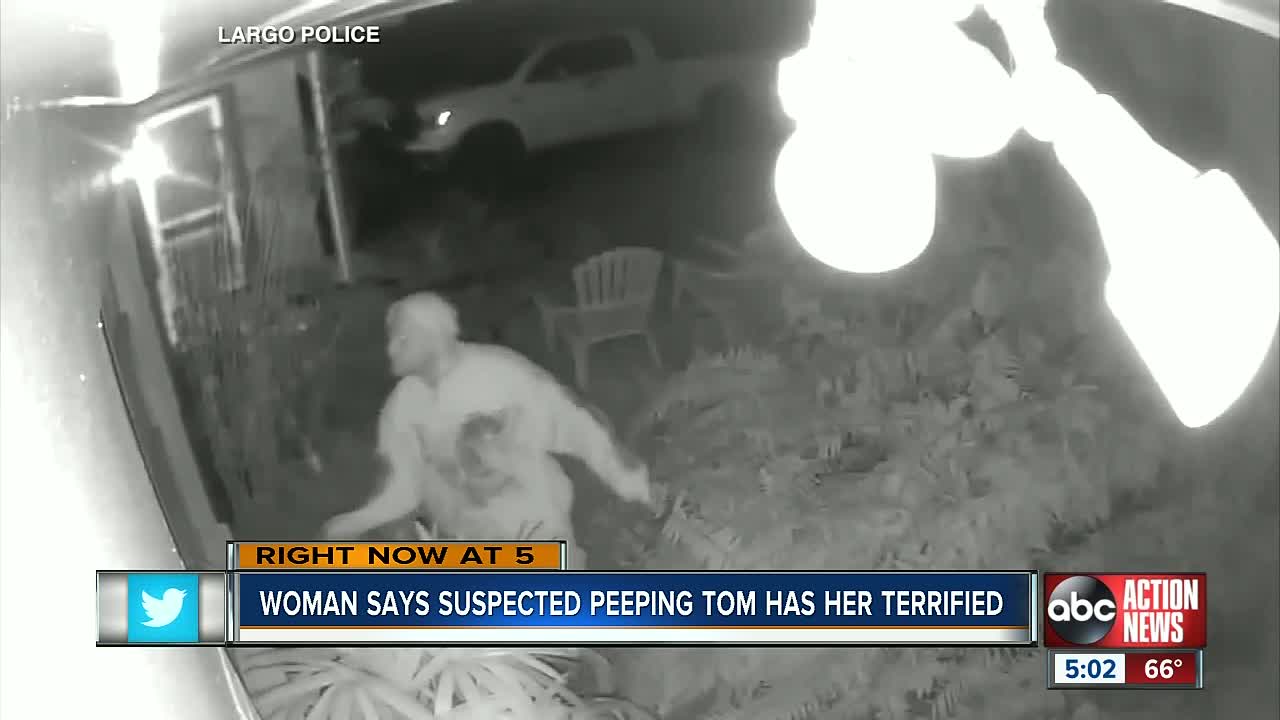 Police need the community's help to identify a "prowler" caught on video peeping through a bedroom window in Largo. 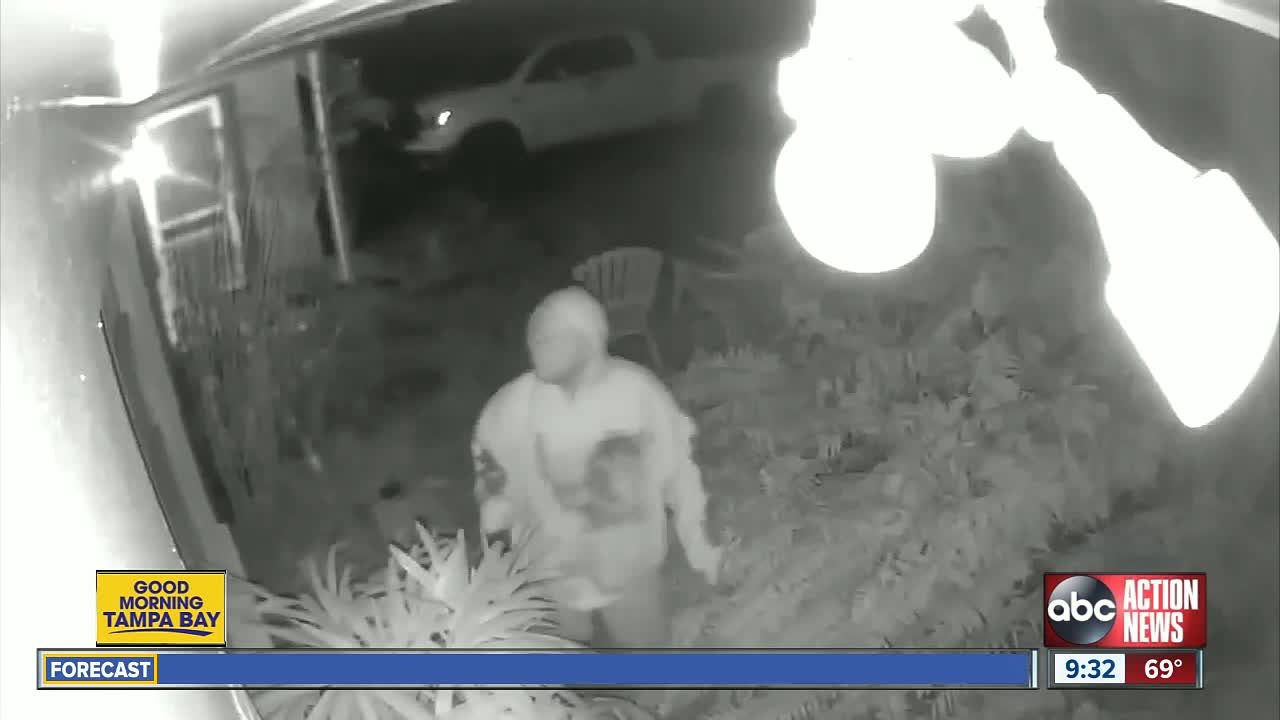 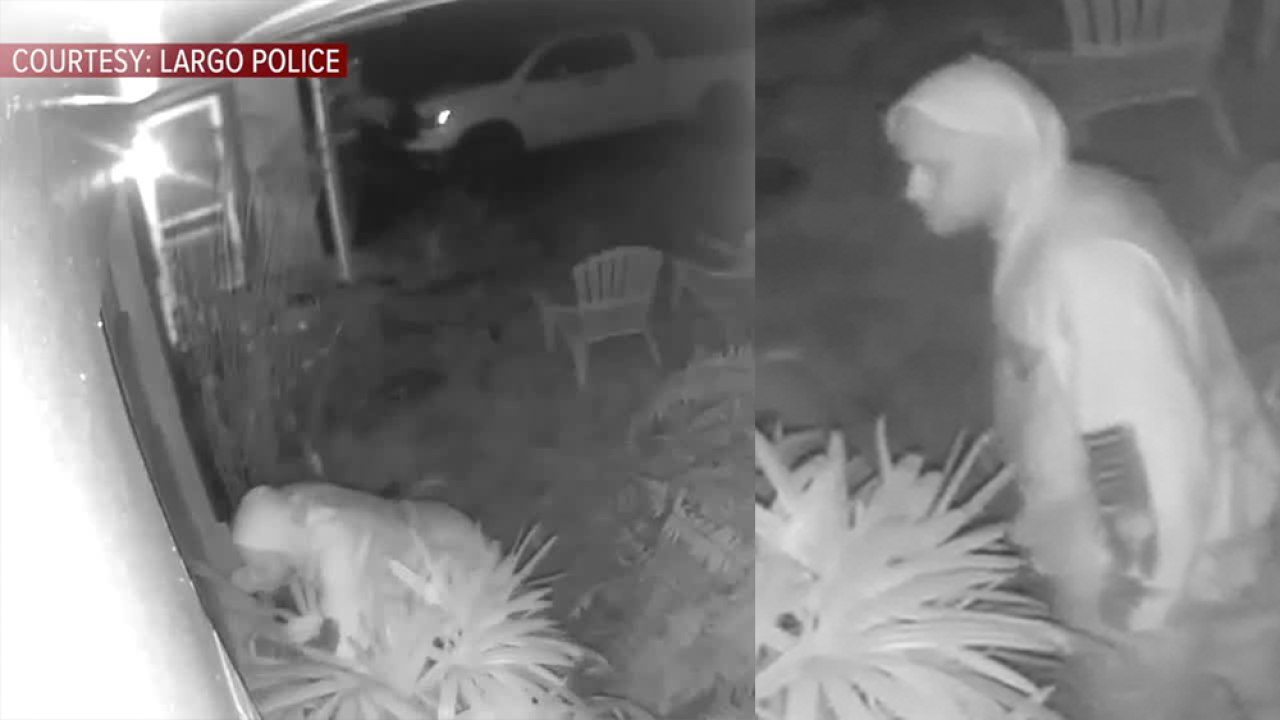 LARGO, Fla. — Police need the community's help to identify a "prowler" caught on video peeping through a bedroom window in Largo.

The man has shown up at the victim's home, located in the area of West Bay Drive and Tropic Boulevard East, on multiple occasions between 1 a.m. and 3 a.m. to look into the bedroom window, police say.

Julia, who didn't want to give her full name says she kept hearing rustling sounds around 2 a.m. coming from outside her bedroom window. The homeowner immediately installed security cameras.

They looked at the video the next day and saw that the rustling sound heard outside of the window was a man leaning in and trying to look into a bedroom.
The scariest part is that security cameras have caught him coming back to that same window multiple times in the last month.

"It's terrifying. I don’t know how to go about my day," said Julia.

She says the prowler has made her afraid to come home at night.

"I don’t know who or what they want and that's the scariest thing about it," said Julia

Ken Buckalew owns the home and put up the cameras after Julia heard rustling the noises out her window. One night his security system alerted his phone.

"It was like at 1:49 a.m. that he came around at 1:50 a.m., my friend and I ran out looking for him and we were shouting all kinds of thing, like when we catch you," said Buckalew.

But a week later, the guy came back. They've set up obstacles outside of windows and the homeowner has taken to arming himself.

"I really want him caught. I hope to God somebody can recognize him," said Julia.