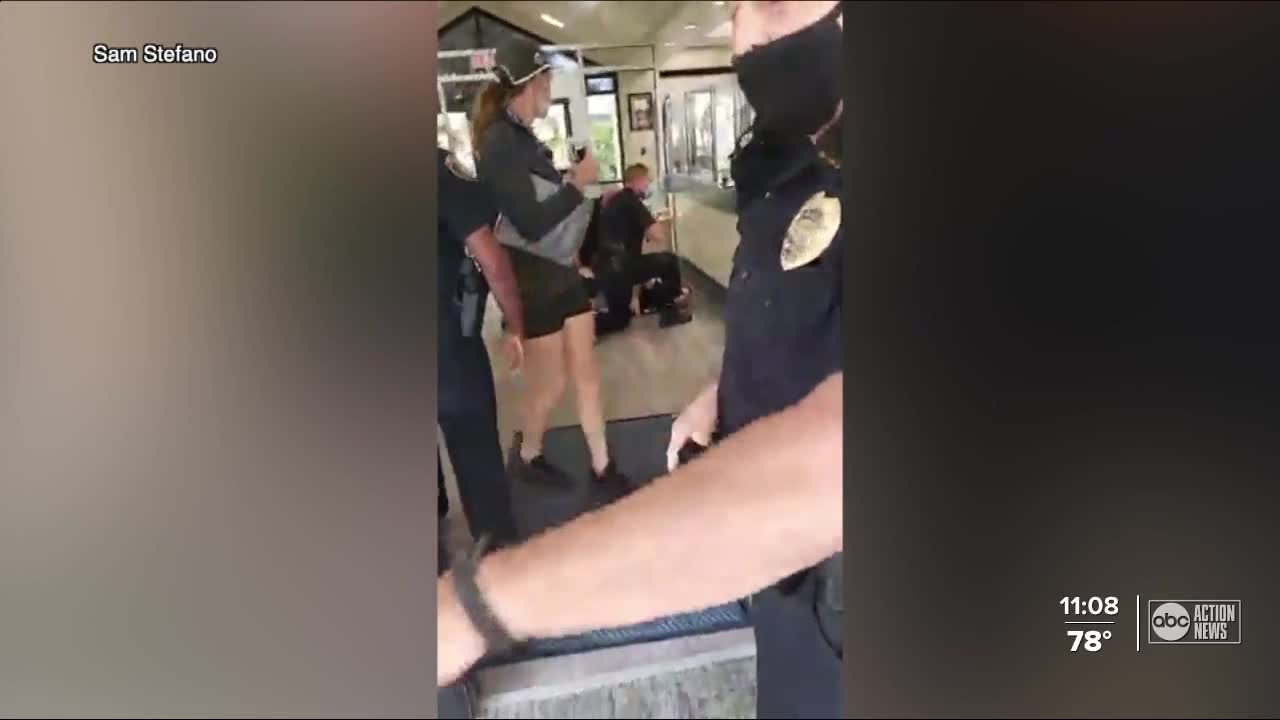 Officers arrested a woman for refusing to wear a mask inside the Pinellas County School District headquarters. 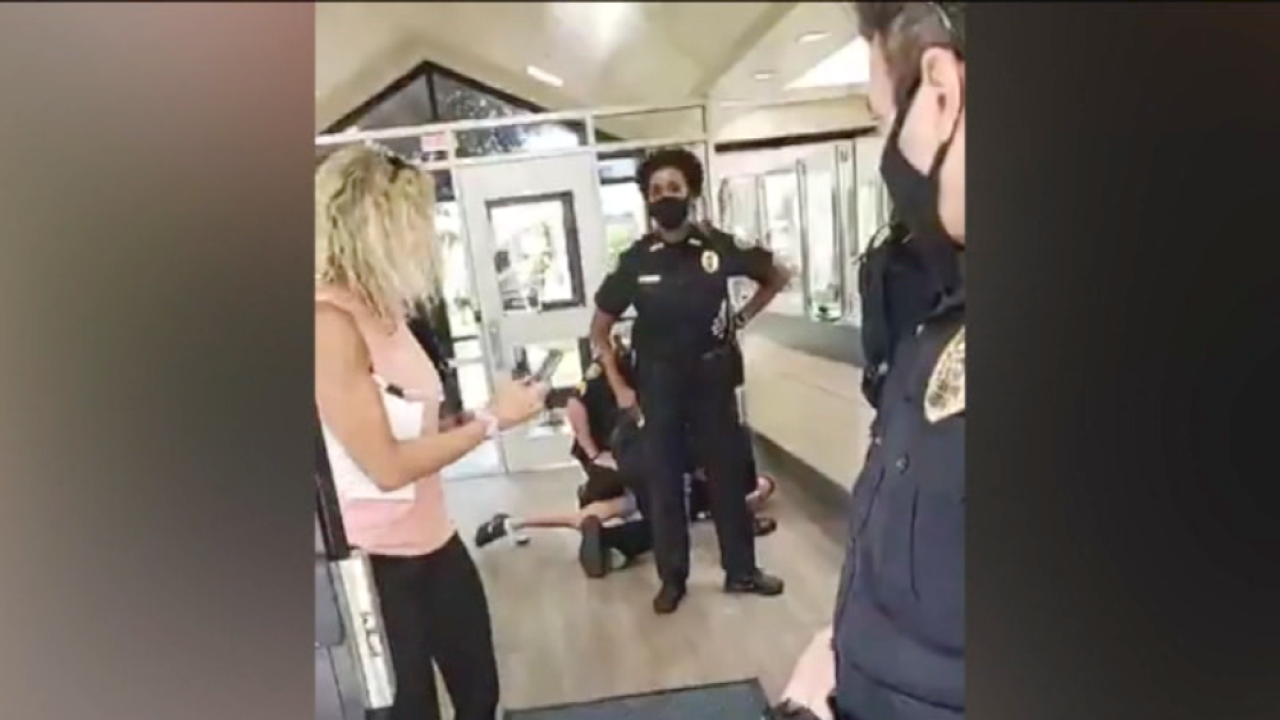 LARGO, Fla. — A Pinellas County parent was arrested Tuesday for refusing to wear a mask at a meeting of the Pinellas County School Board, according to district officials.

Several parents argued against the district’s mask policy during a school board hearing.

According to a district spokesperson, Kari Turner was arrested for Trespassing, Battery on a Law Enforcement Officer and Disorderly Conduct.

“The individual refused to wear a mask which began a series of events that led to the arrest,” according to a statement from Pinellas County Schools.

Turner’s arrest inside the lobby sparked a heated confrontation outside between police officers and parents.

Sam Stefano recorded the tense exchange and later posted the video to Facebook.

“I took my mask off and I went to go walk downstairs and one of those female officers got in my way and refused to let me leave the building,” Stefano said in the video. “They arrested the mom, they tackled the 13-year-old girl to ground.”

The School Board voted 4-1 to continue the district’s mask policy indefinitely, but will review the policy every three months.

“This has become political but none of this has ever been a political discussion either with myself or this board,” said Superintendent Michael Grego.