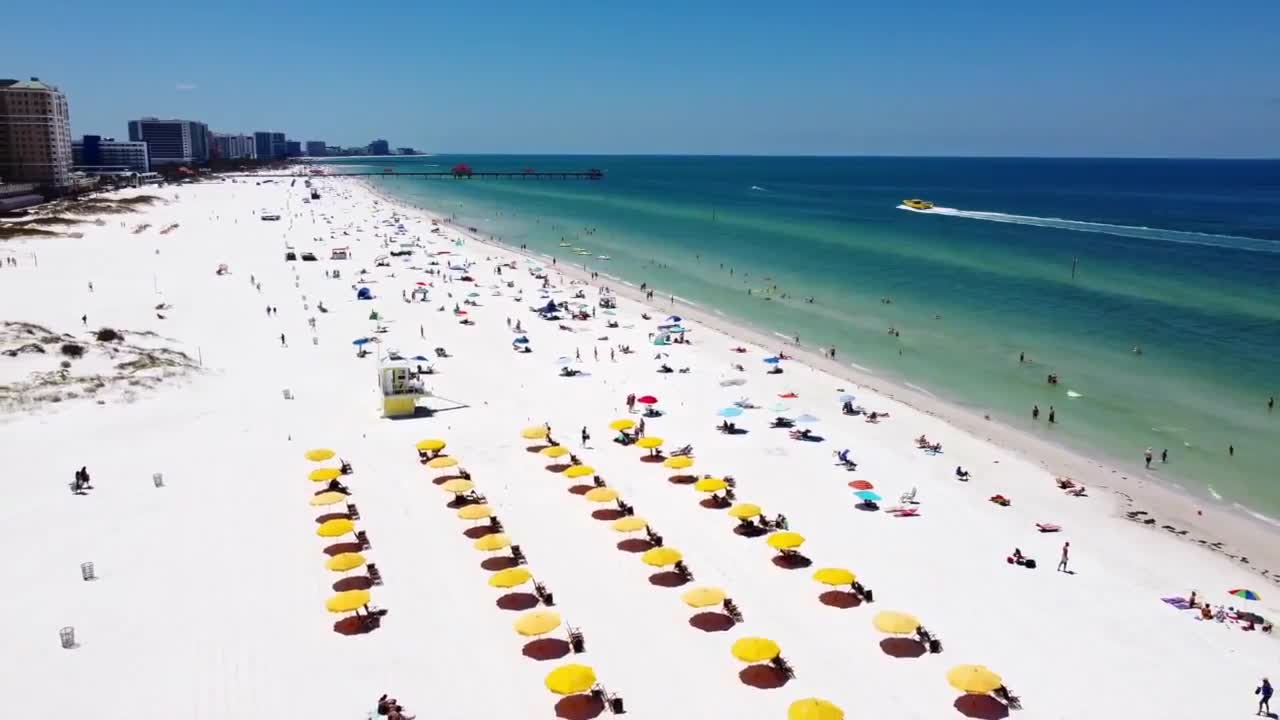 Clearwater Beach is back and better than ever! 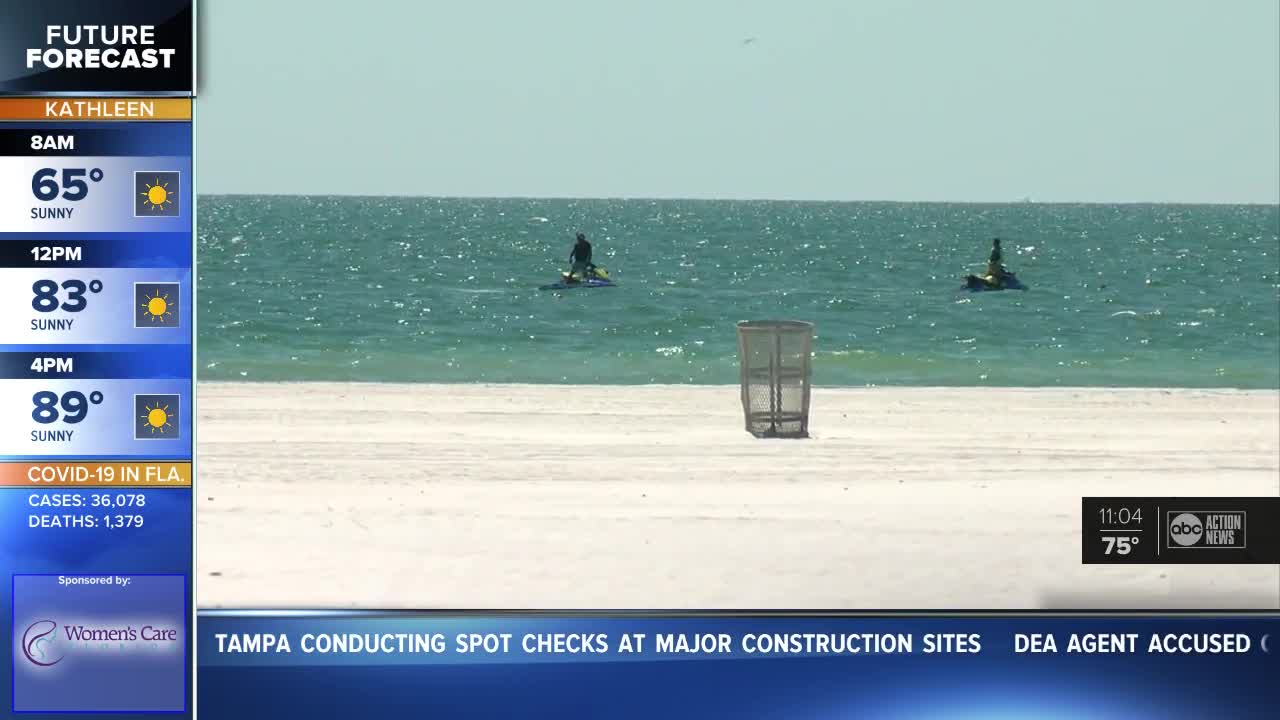 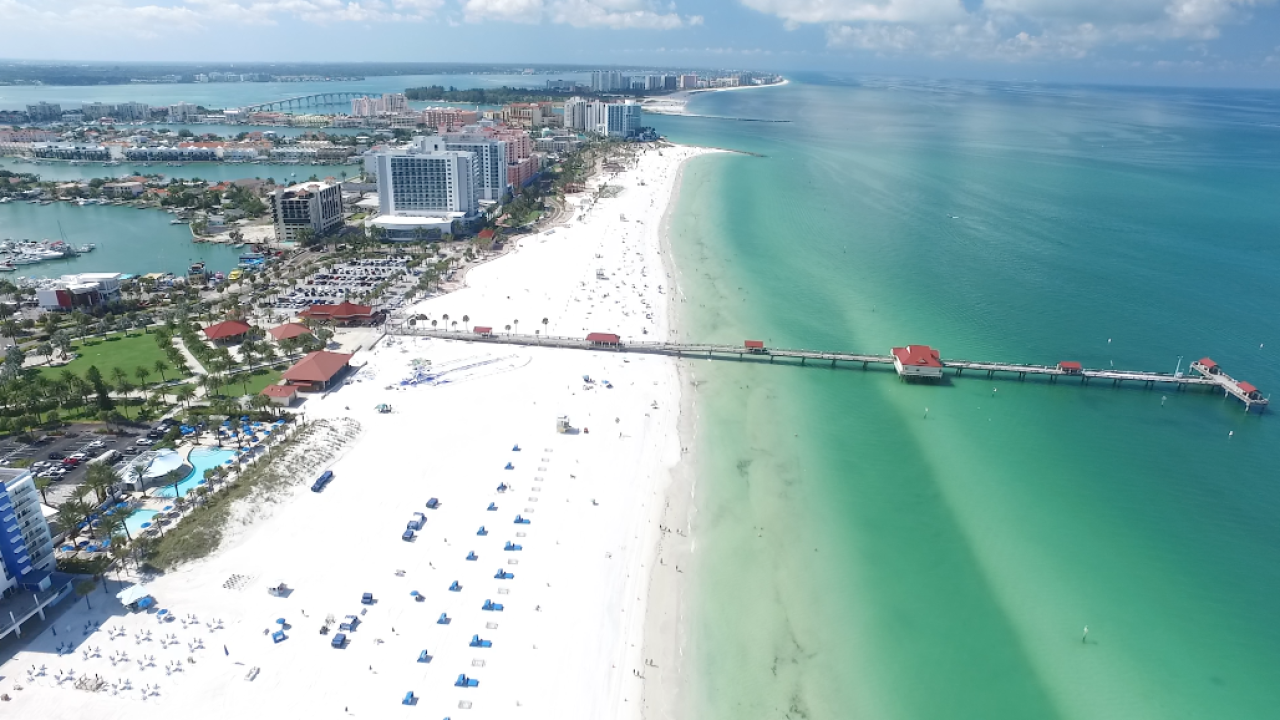 PINELLAS COUNTY, Fla. — Phase one of reopening the state of Florida begins Monday. As part of that, Sarasota and Pinellas County beaches are opening back up, for full use, with a set of rules.

Parking lots will be opened, and beachgoers are free to bring their beach chairs, towels and coolers. Everything from exercising to swimming to sunbathing will be allowed at both Pinellas and Sarasota County beaches.

But the counties warn, in order to stay, you’ve got to keep your social distance.

“We are asking for all of the people as they go out onto the beach to actually put a ring around the group that they are with,” said Mayor Frank Hibbard, with the City of Clearwater.

Florida begins to open with Phase 1 Monday: here's what it means

Clearwater Beach will have beach ambassadors, which are employees of the parks and recreation department, at the beach to educate people and enforce the rules.

Officers and sheriff’s deputies will also be patrolling the beaches in both Sarasota and Pinellas counties.

RECOMMENDED: Hundreds of deputies will be making sure people on Pinellas County beaches are social distancing

“If the density on the beach starts to look like social distancing can’t be maintained, we’ll communicate it through the citizens on the social media accounts, we’ll communicate it through the various message boards as they’re driving here, letting them know that the beach has reached capacity,” said Chief Daniel Slaughter, with Clearwater Police Department.

Many restaurants along the beaches will be opening up as well, but things will be a little different.

“Several of our hotels and restaurants talked about not handling cash, going strictly to debit cards or credit cards, removing the salt and pepper shakers off the tables, any of those things that are common, high-touch items,” said Amanda Payne, President and CEO of Amplify Clearwater.

Tables will be spread out, and the capacity will be limited to 25-percent inside.

“We’re going to be cooperating with them, too, to create some outdoor dining in some of our parking areas, I am hoping to close down Cleveland Street, so that those businesses can spill outdoors,” said Mayor Hibbard.

County officials warn that the key to keeping the beaches open lies in the hands of the people.

Mayor Hibbard reminds people that if they don’t follow the rules, they can be fined.