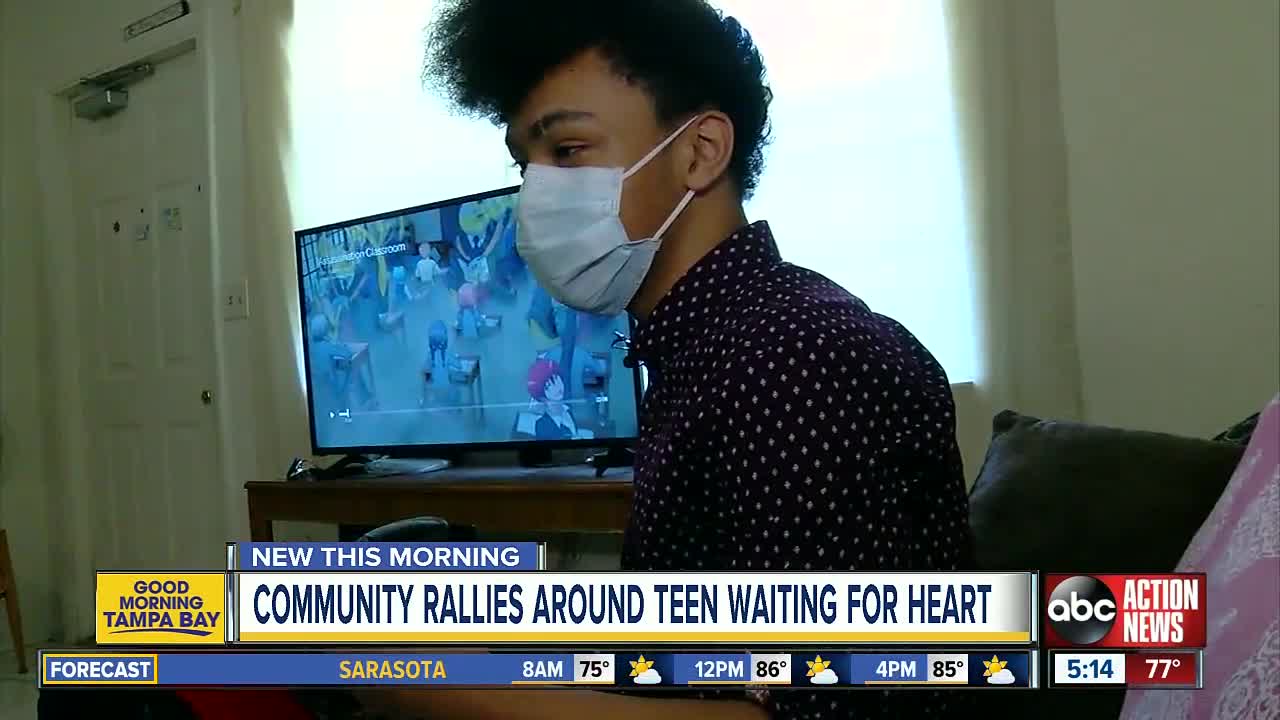 Ian Cooper is getting financial support from the Children’s Organ Transplant Association as he waits for a new heart. For now, his heart won’t let him. That is why the 15-year-old is waiting for a new one.

“I have a heart disease called hypertrophic cardiomyopathy. HCM for short," says Ian. "It increases the size of my left ventricle.”

The Pinellas Park teenager currently has a pacemaker and is hooked up to a machine pumping in medicine.

Ian is homeschooled and he rarely sees his friends.

Insurance covers a lot of his medical costs, but the bills for tens of thousands of dollars in related expenses still add up.

That is where the Children’s Organ Transplant Association comes in.

They want to raise money for medication costs, household items, travel, lodging and more. Rhose costs can approach $1 million over a lifetime for some transplant recipients.

“It just gives me such a sense of peace knowing that one day he’s going to have his heart," said Anderson. "I know he’s going to run!”

Team Ian C will host a fundraising pancake breakfast in St. Petersburg on May 25. If you’d like to attend, the information is below.