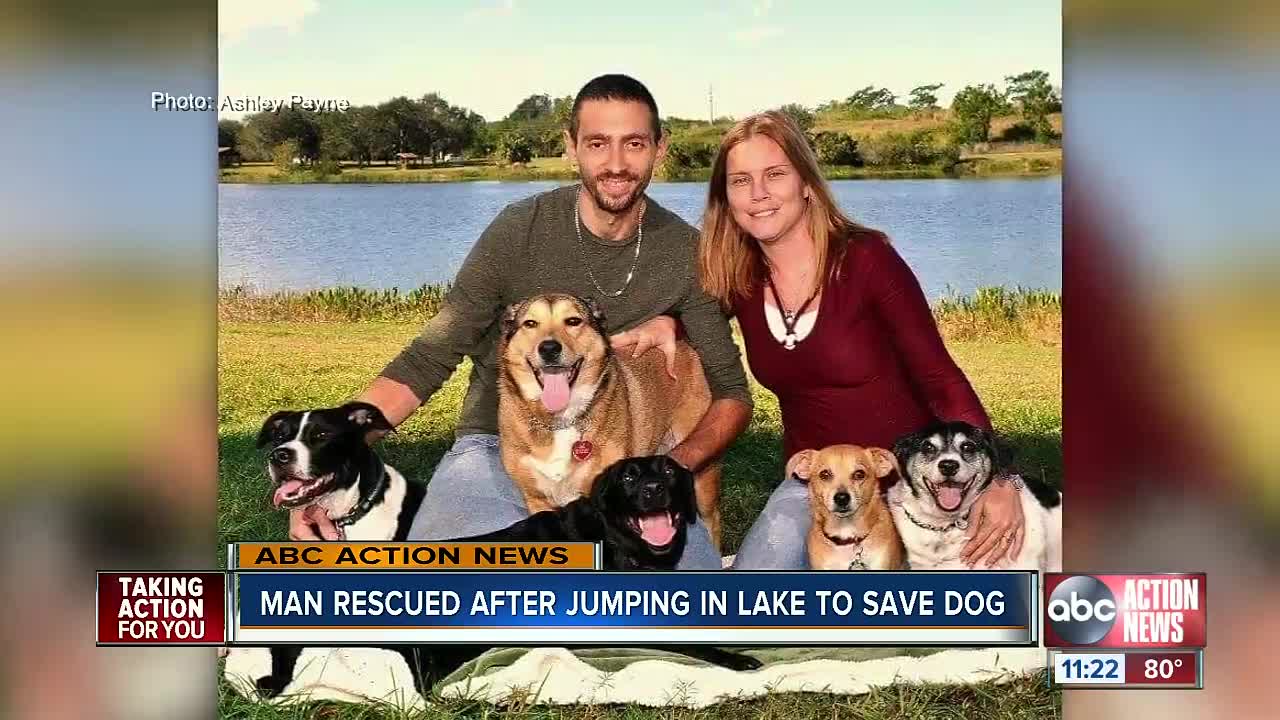 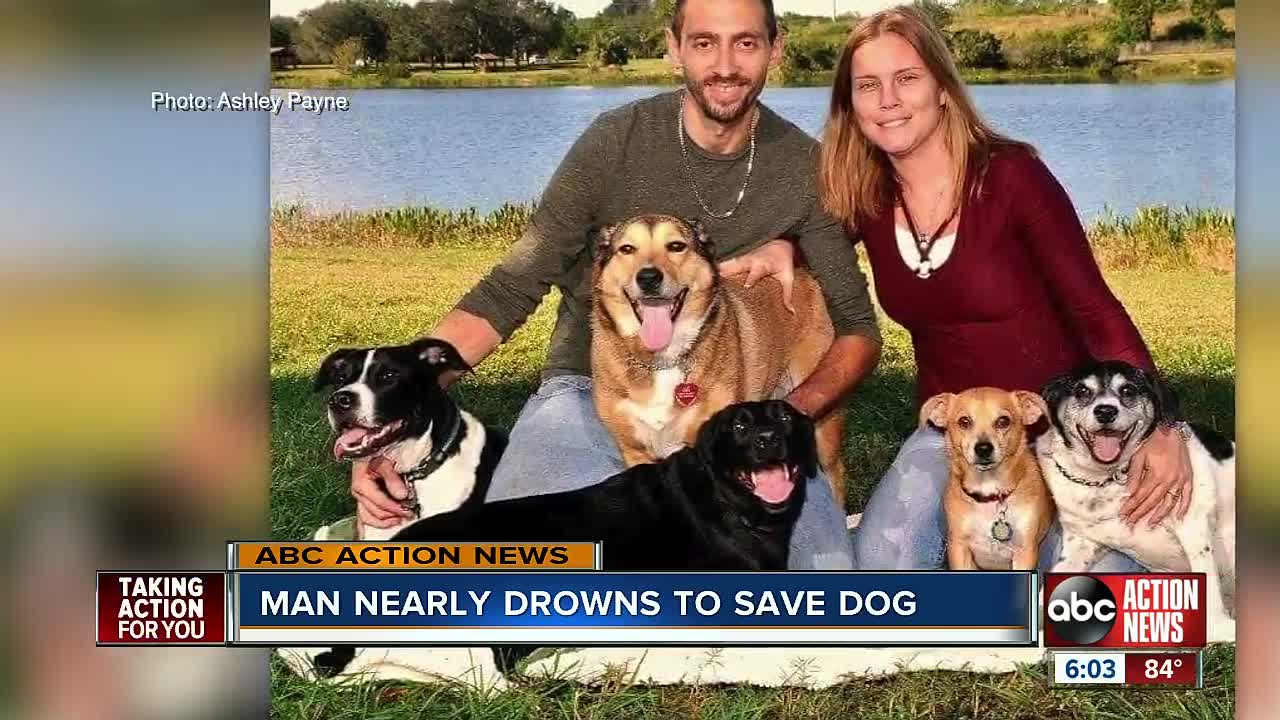 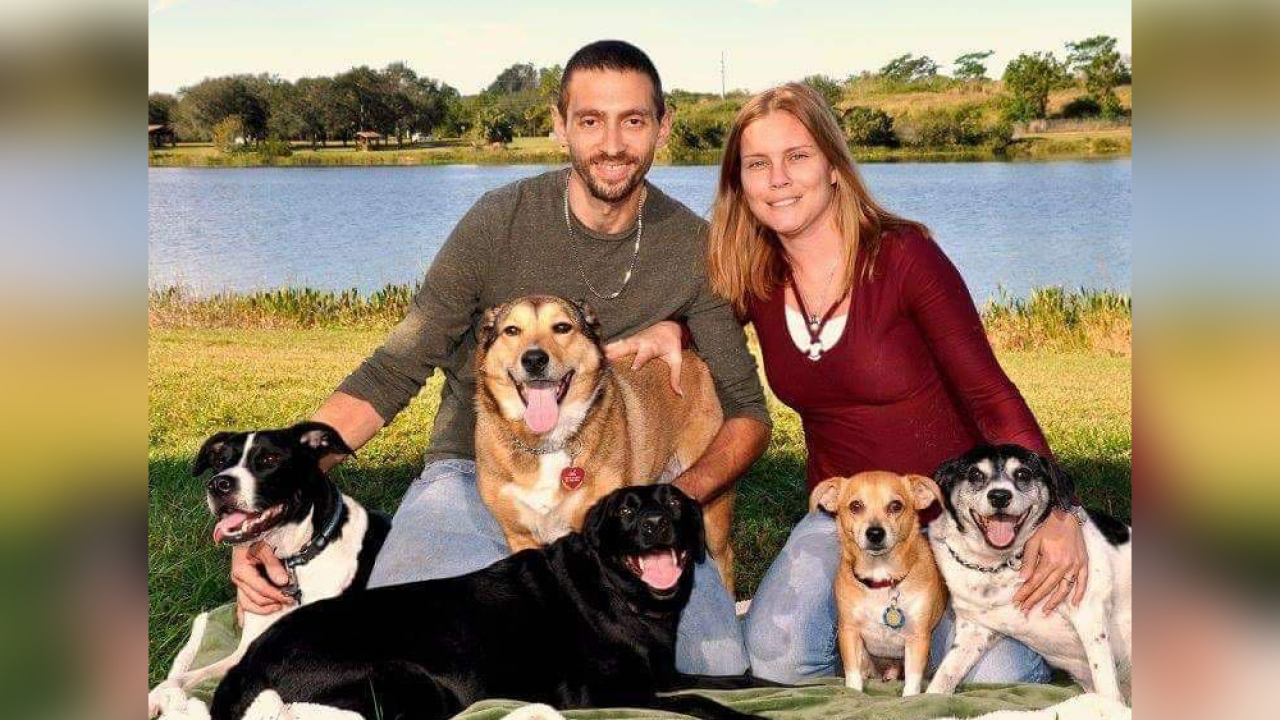 LARGO, Fla. — A Pinellas County man is in the hospital with life-threatening injuries after he nearly drowned while trying to retrieve his dog from a lake, according to the sheriff's office.

Around 10 a.m. Saturday morning, 33-year-old Mark Payne was with his wife Ashley at Walsingham Park taking family pictures. The family dog, a pitbull mix named Luke, jumped into Lake Walsingham and Mark jumped in after him, the Pinellas County Sheriff's Office says.

Mark was with his wife, 30-year-old Ashley Payne, and mother-in-law, 48-year-old Roberta Sharman.

She says their dogs are like their children, which is why Mark ran into the lake after Luke.

Sharman and a handful of good samaritans immediately jumped into the water to rescue Mark by pulling him out of the lake.

One of the good samaritans, Steve Davis, was at the park with his daughter when they heard screams for help. Davis ran into the murky water and helped pull Mark to shore.

“What was going through my mind was I just want to get these people out of the water and onto the shore,” Davis explained.

By the time rescuers from the Seminole Fire Department arrived, Mark was unconscious but breathing.

“It was a really scary, and heart hurting feeling because I didn’t even know if he was alive at that point,” Davis added.

Ashley Payne tells ABC Action News her husband is still at the Largo Medical Center Hospital with water in his lungs. Doctors haven't said if he will make a full recovery, but family members are hopeful.

Luke, the family's dog, was not injured.

Ashely says they got married at Walsingham Park and return every year to the same exact spot.

Deputies says the incident appears to be an accident.

Davis says he's happy he was in the right place, at the right time, to help. “I would hope that if something like that happened to us there would be someone there who would be able and willing to do something,” he said.