Friday marks 155 years since the last slaves in America were granted their freedom. Now, there’s a growing push in the bay area and around the nation to make juneteenth a national holiday. 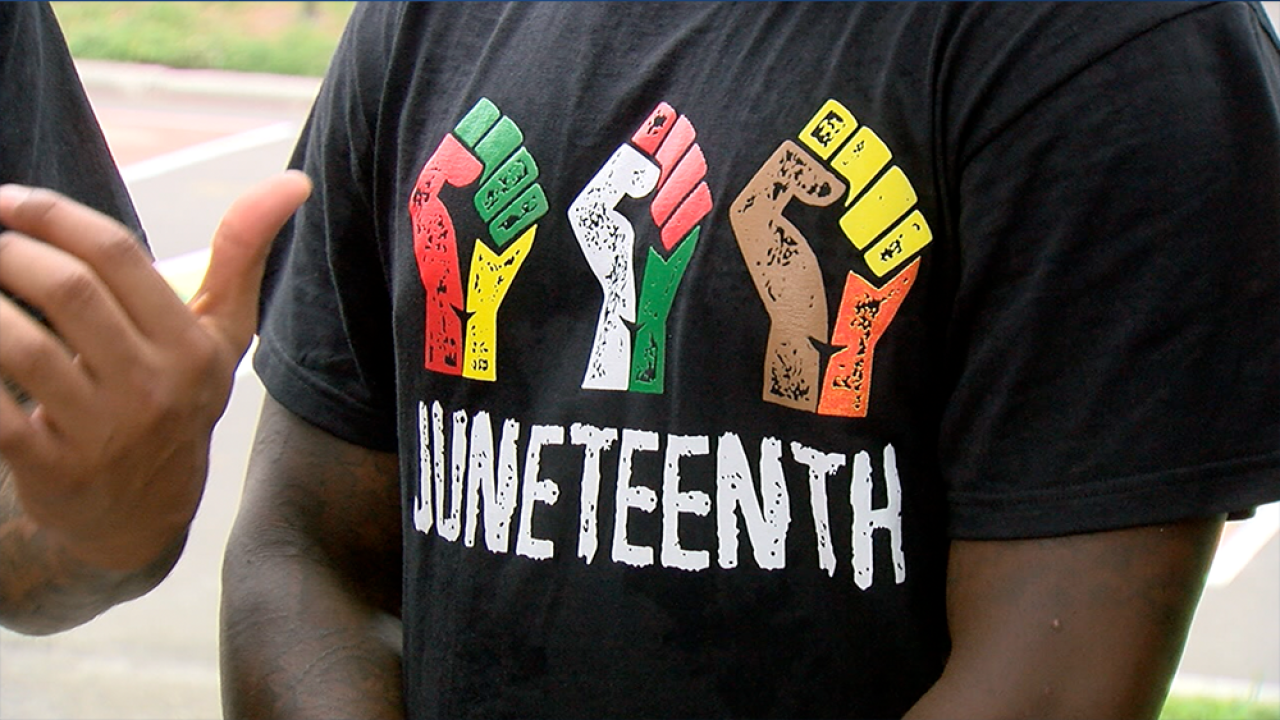 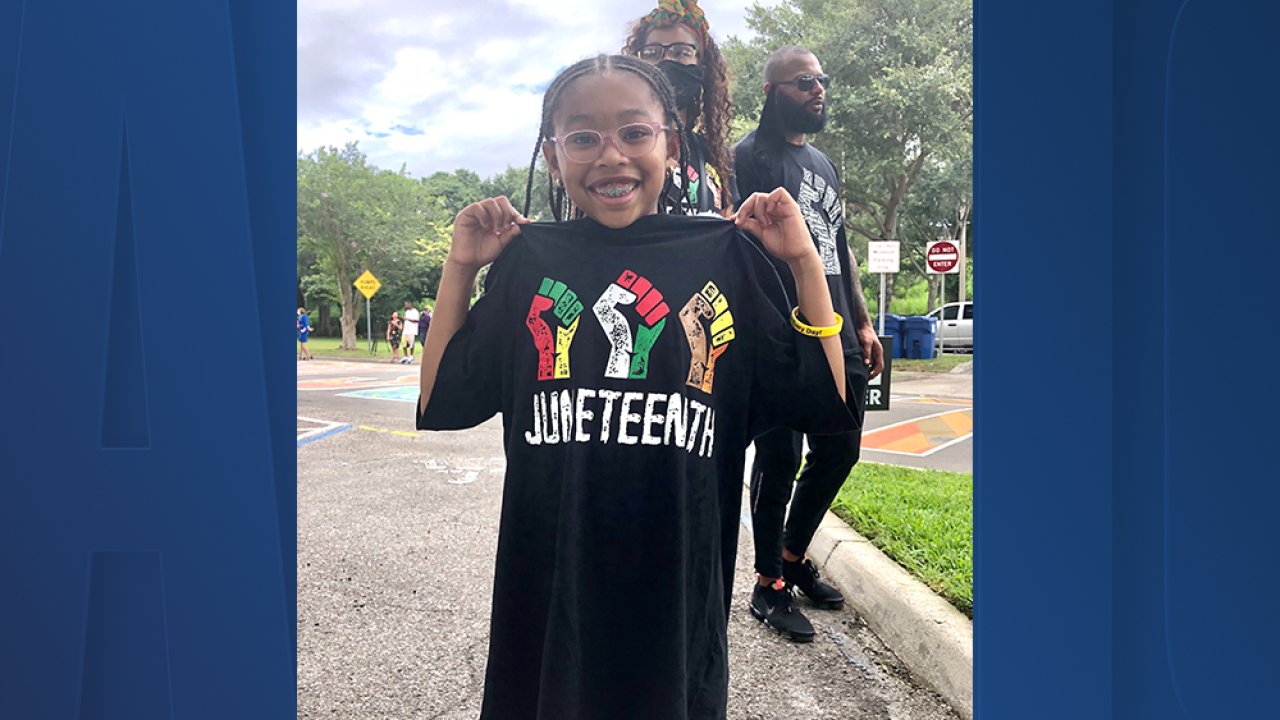 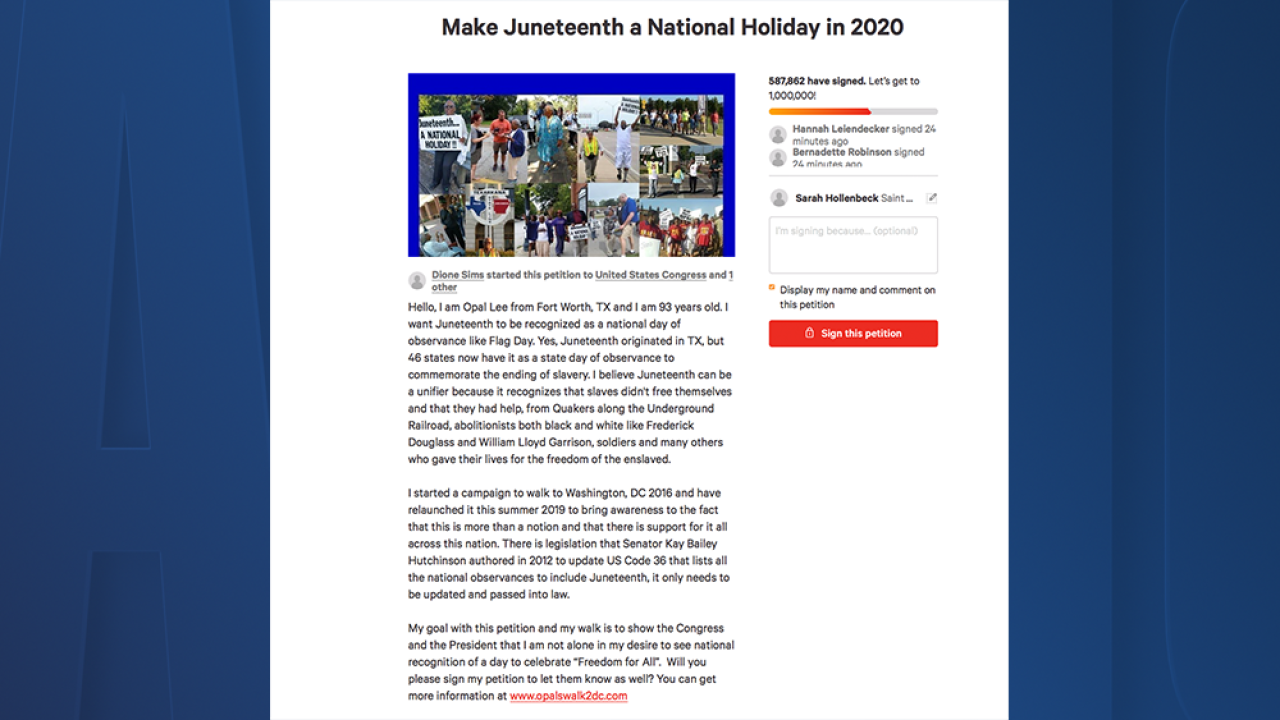 ST. PETERSBURG, Fla. -- Friday marks 155 years since the last slaves in America were granted their freedom. Now, there’s a growing push in the Tampa Bay area and around the nation to make Juneteenth a national holiday.

“Today is a day of celebration. One that has been long ignored by America,” Lipsey Scott said.

Supporters also see Juneteenth as an opportunity to acknowledge the obstacles still standing.

“I am the great, great-great-grandson of a former slave and my family now owns the same land that our great-great-grandfather was enslaved on. Yet, here we are still marching. Still fighting and still dying for the same freedoms that so many have given their lives to protect," Corey Givens Jr. said.

Several large companies are stepping up this year to give their employees the day off to reflect on our nation’s history.

“It represents a history that’s long been suppressed and it’s far time that we acknowledge it in an appropriate fashion,” Lipsey Scott added.

It took supporters 18 years to officially get Martin Luther King Jr. Day declared a national holiday, but with momentum building in the weeks since George Floyd’s death, the half million people and counting signing this petition to declare June 19th as a national holiday are hopeful.

“I think this shows that everything that Dr. Martin Luther King marched for is coming to fruition. I’m optimistic that the future is bright,” Givens Jr. added.