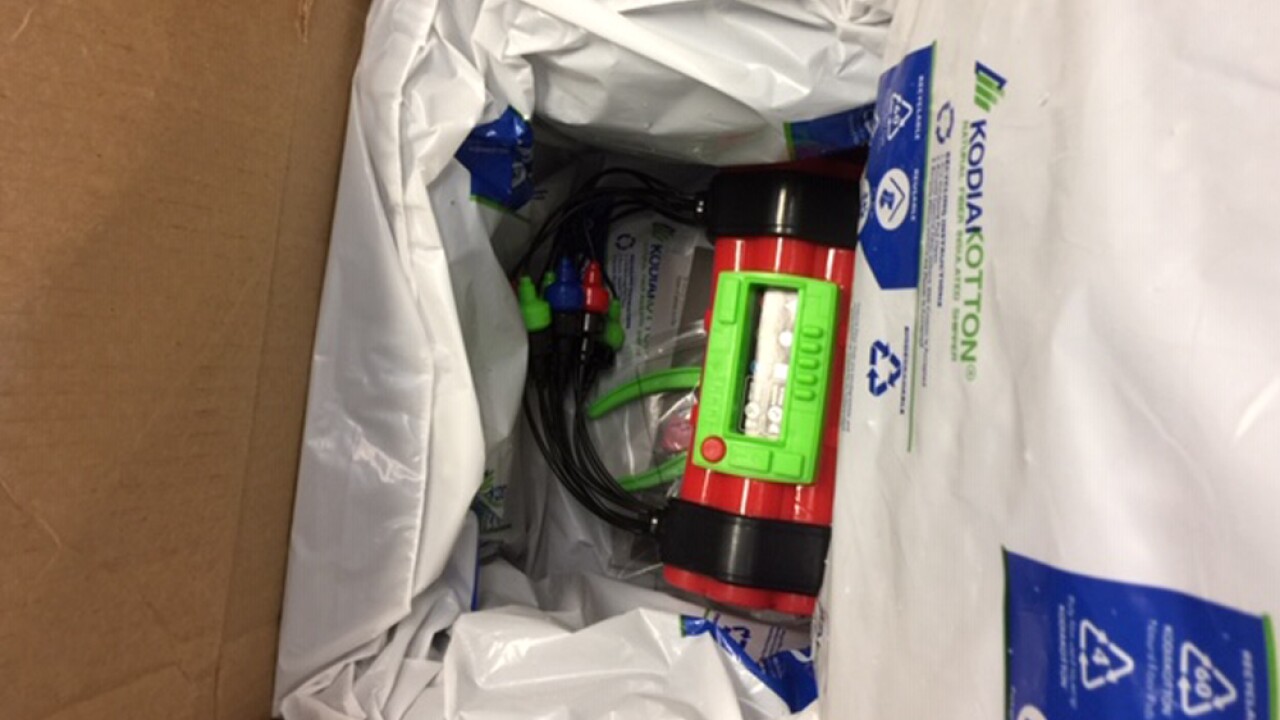 A patrol deputy has been arrested after reportedly mailing a toy bomb to a Pinellas County Sheriff's Office lieutenant as a joke, causing an evacuation.

He resigned from the sheriff's office Tuesday but was arrested Friday and charged with planting of a hoax bomb, a second degree felony.

It happened at about 3 p.m. Tuesday when Lieutenant Joseph Gerrentz received a package through inner-office mail.

The box was insulated with plastic packaging and contained a red cylinder shaped object with protruding wires and a handwritten note with the word 'boom' on it.

When he opened the box, he immediately left his office and notified everyone of the potential threat.

Part of the building was evacuated and a handler with a K-9 bomb detection dog was called to the scene. The K-9 did not find the package dangerous.

Members of TPD bomb squad also responded and confirmed the device was a toy bomb and not a threat.

Pinellas Sheriff Gualtieri put out a communication agency wide about the toy. After seeing that, Deputy James Piper immediately contacted his supervisor and told him he sent the package as a joke.

Piper then resigned effective immediately. He had been with the force from 1982-2015 and was rehired in January of 2017.