Community rallies together during pandemic 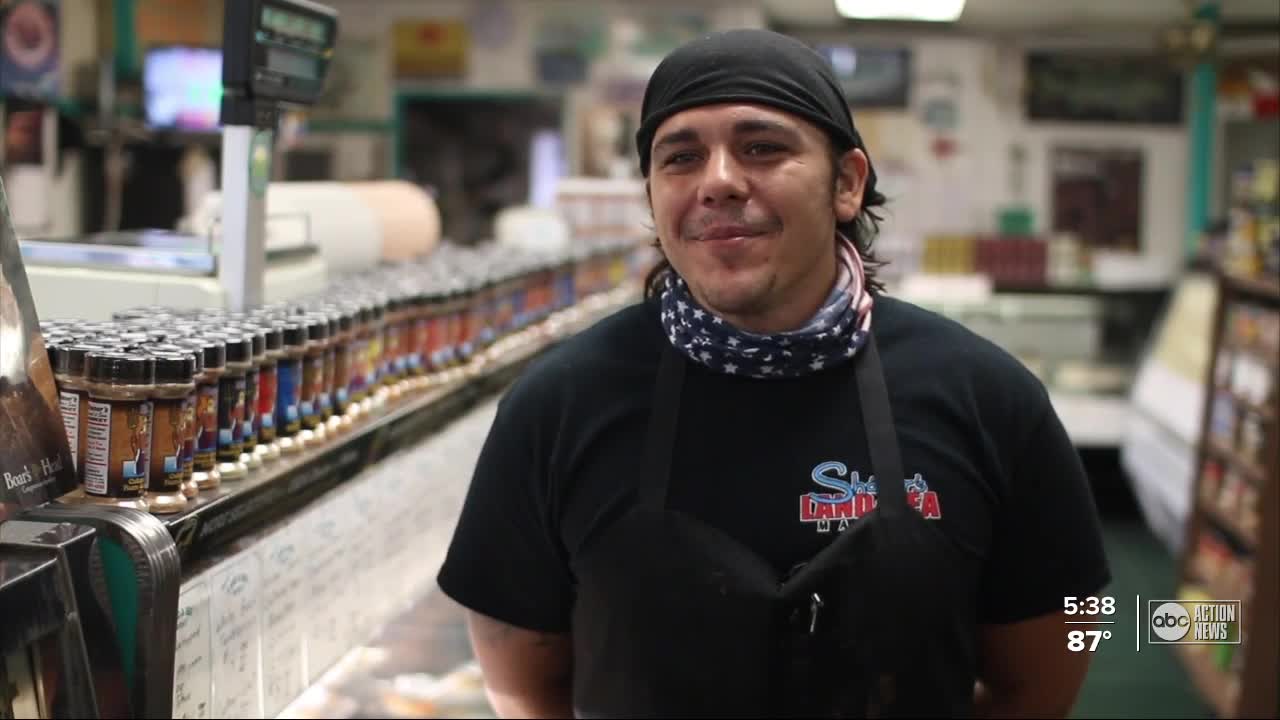 Flanked on all sides by water sitting at the Southern tip of Long Key, Pass-a-Grille's unique location gives the town both a sunrise and sunset over the water. PASS-A-GRILLE, Fla. — Florida is full of rich history and unique places. Pass-a-Grille is one of our most popular beach towns, and for a good reason.

Flanked on all sides by water sitting at the Southern tip of Long Key, Pass-a-Grille's unique location gives the town both a sunrise and sunset over the water.

"There's nothing fake about it. It really brings you some emotional happiness. There are not many places where you can walk from water to water and see a sunrise and sunset," owner of Bamboozle, Etc. on 8th Avenue, Amy Loughery told ABC Action News reporter Michael Paluska.

During mandatory lockdowns, Loughery closed all of her retail shops. Sales are up, but the uncertainty of what they lost is still unknown.

"I would say as a retailer I may need some help if we don't rebound in three or four months, but right now, I am optimistic we will be OK," Loughery said. "I would say the worst part of the whole thing is that we lost our best six weeks cause in a beach community, March and April are your profit months. We lost our profit basically for the year. It would have been much easier for us to lose September."

Pass-a-Grille's history goes back 10,000 years, when "Indians hunted the prairies and fished the waters of what later became Pass-A-Grille. The last group of Native Americans to settle in the Pinellas County area were the Tocobagas around 1,000 – 1,700 AD. This area was first visited by Europeans in 1528 when the Spanish Explorer, Panfilo de Narvaez anchored off Pass-A-Grille pass," according to Visit Pass-a-Grille.

To the east is Pass-a-Grille channel and a couple of hundred yards to the west is the Gulf of Mexico. The beauty of their sunrises and sunsets are unmatched. At one point named the "Sunset Capital of Florida."

Shaner has worked at the family business for as long as they've been open. The Shaner's celebrated their 25th Anniversary in May.

"I think people know that we have a quality product, and we are a hardworking family, so they take pride in taking care of the family business as well," Shaner said.

With restaurants closed during lockdowns, Shaner said business picked up a lot. When locals couldn't find meat at big retailers because of a meat shortage, Shaner said he would open his doors after hours.

"There was a couple of times back in late March-early April I'd show up at 10 o 'clock at night open the door up for a couple of people," Shaner said. "They'd spend a couple of hundred dollars on meat, and it was a win-win for everyone. We have no plans on going anywhere. As long as the local community continues to support us, we'll be here to support them and keep them fed."

"According to legend, it is thought that Pass-A-Grille derives its name from the French Passe aux Grilleurs. In 1857, John Gomez, self-styled 'last of the pirates', began bringing excursionists here from Tampa, which gave this area the distinction of perhaps being the oldest resort on Central Florida's West Coast. Zephaniah Phillips, the first homesteader, settled here in 1886, and by the turn of the Century, Pass-A-Grille had its first hotel and a ferry boat service from what is now Gulfport. The town of Pass-A-Grille Beach was incorporated into the city of St. Petersburg Beach in 1957, and in 1989 a section of Pass-A-Grille was declared a National Historic District.," according to Visit Pass-a-Grille.

Locals are no strangers to dealing with hard times. The threat of hurricanes and tropical storms are a constant concern. A road project that tore up asphalt on the main road lasted for several years until it's completion. And in 2018, the area suffered financially because of Red Tide. The toxic bloom killed tens of thousands of marine life and lingered for months.

"If it's not one thing, it's another, and let me say it's never what you think it's gonna be. I mean, who would've ever thought it was this," Loughery said. "We were sort of all counting on this as our first normal year in four to five years, and now we have the coronavirus."

Despite all that, Loughery said people are coming back daily to support the area.

"I think the charm is that people come down here, and they feel like they are walking a little back in time. It has an old Florida feeling," Loughery said.

If you are looking for fresh fish and steaks or a hot meal, Shaner said his family is ready to take care of you, just like you are their family.

"I like cooking. I like feeding other people. I find pleasure in cooking for people, and obviously, my family's name is on the sign. I take pride in that," Shaner said.