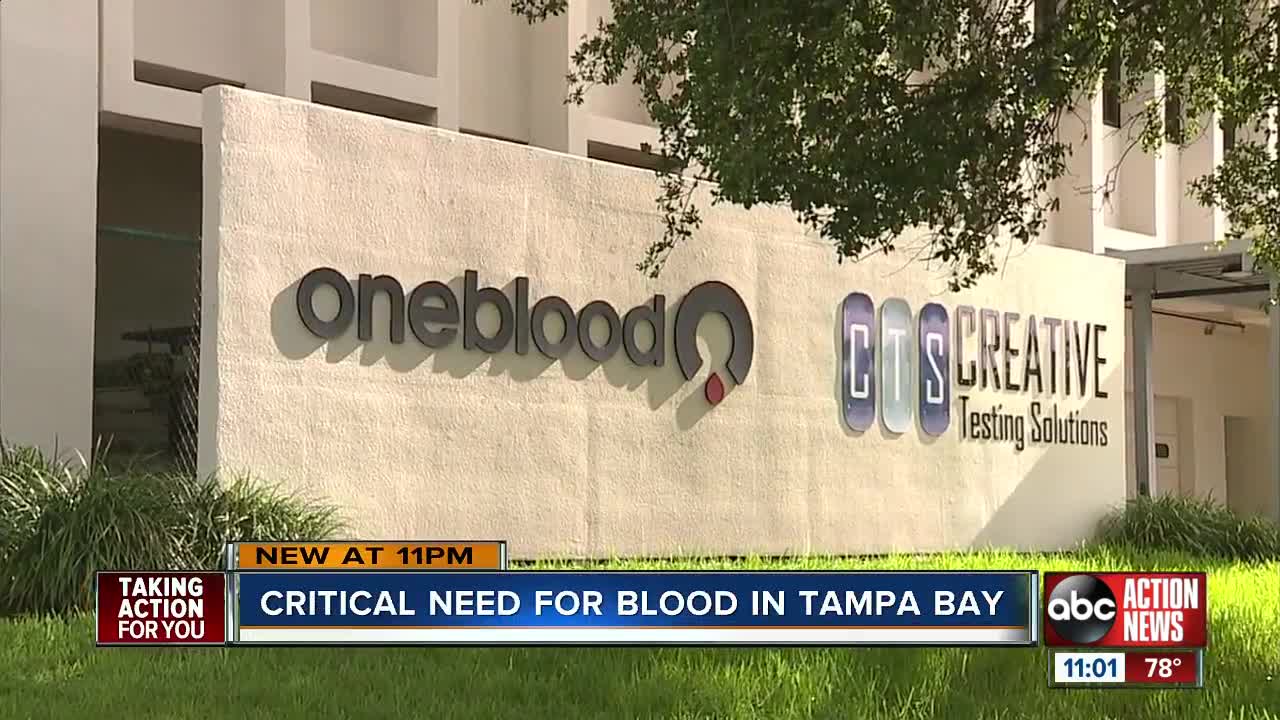 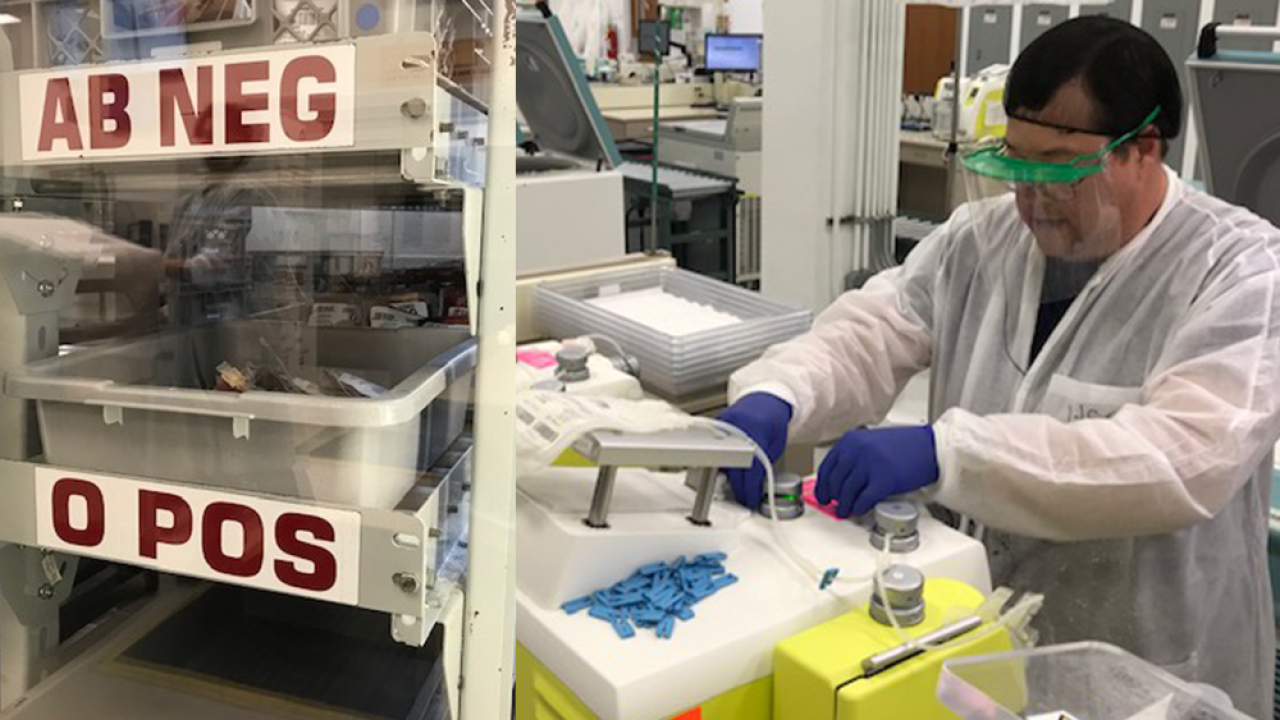 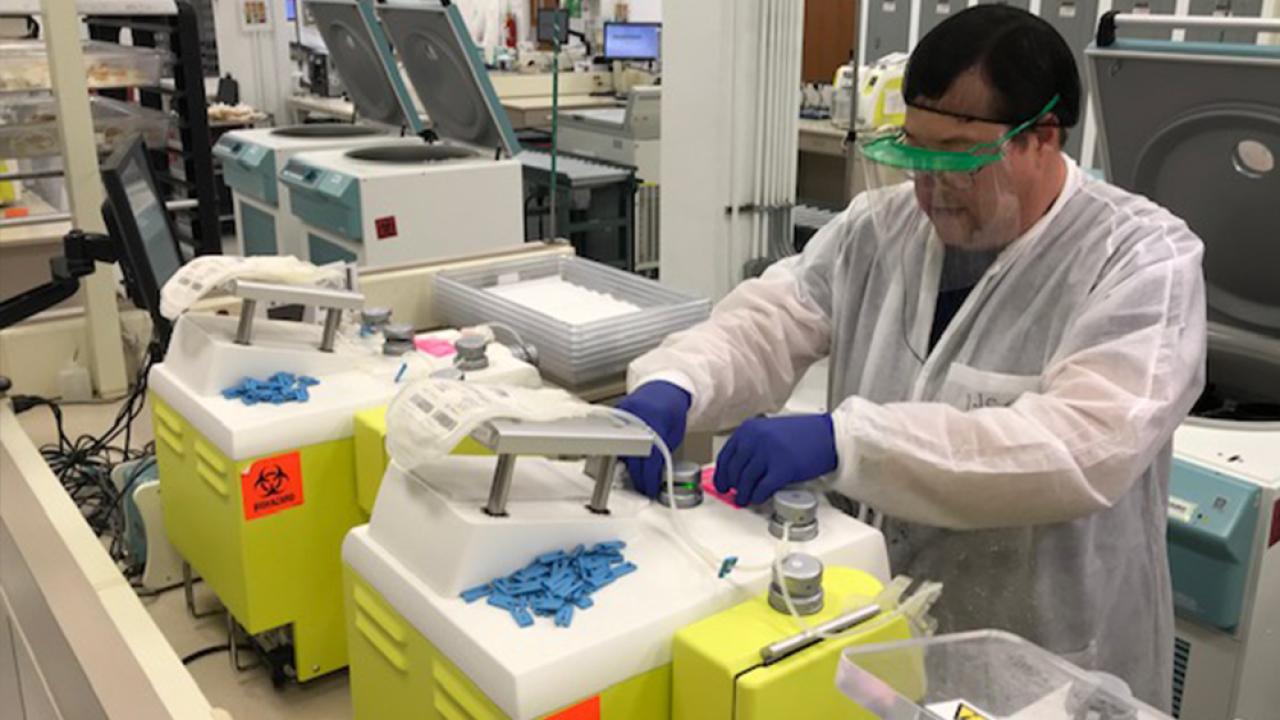 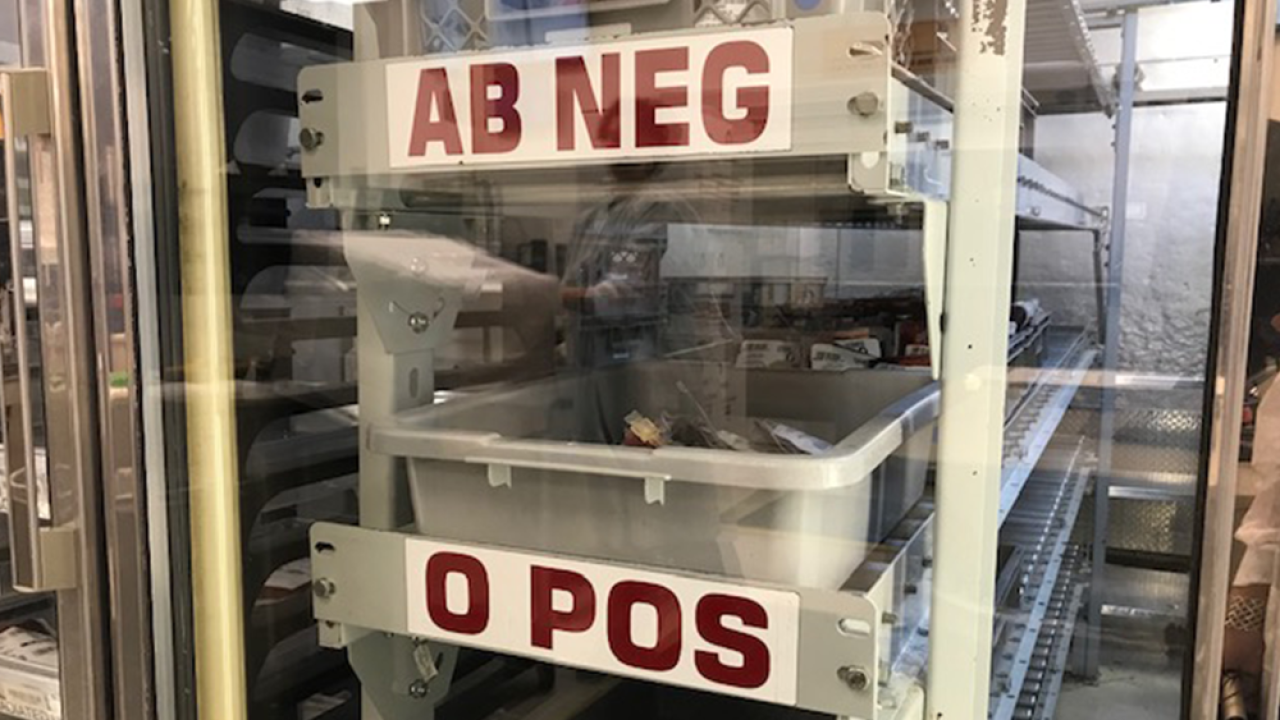 The blood center has a critical need for O positive blood donors.

"An extreme shortage for O positive blood, the most common, the one we use the most of... as well as we're low on O negative, B negative," said Dan Eberts, Media and Public Relations for OneBlood.

Inside the blood center, the blood is separated into several components including red blood cells, platelets and plasma.

The blood is tested, labeled and packaged. It is sent to local hospitals in the Tampa Bay area. The lab is open 24 hours a day and 365 days a year.

Eberts said blood donations tend to be slower during the summer months. Students are out of school and on vacation. The recent rain is also slowing down donations at local blood drives.

"So if we're expecting 50 donors at a blood drive, we might see 30 instead. This adds up over time and causes again a decrease in the supply," said Eberts.

Mary Scott knows the significance of blood donations. She needed units because of hemorrhaging after giving birth to her daughter.

"I have a daughter that was diagnosed with multiple sclerosis. She had two different plasma exchanges," said Scott.

"Those are strangers, we don't even know, who just took the time to come out and donate, took those 30 minutes," added Scott.

To learn more about how to donate click here.