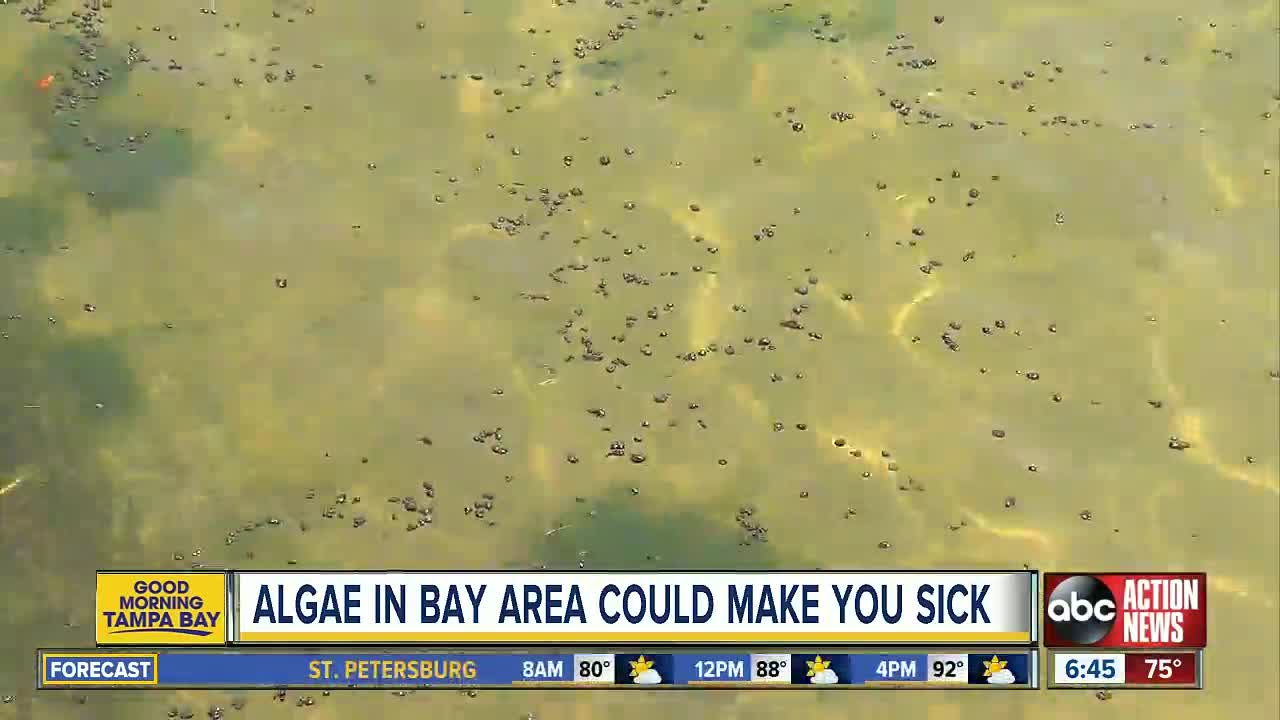 A portion of the shore line near the Safety Harbor Waterfront park was covered in a substance that looks like purple and black rocks. 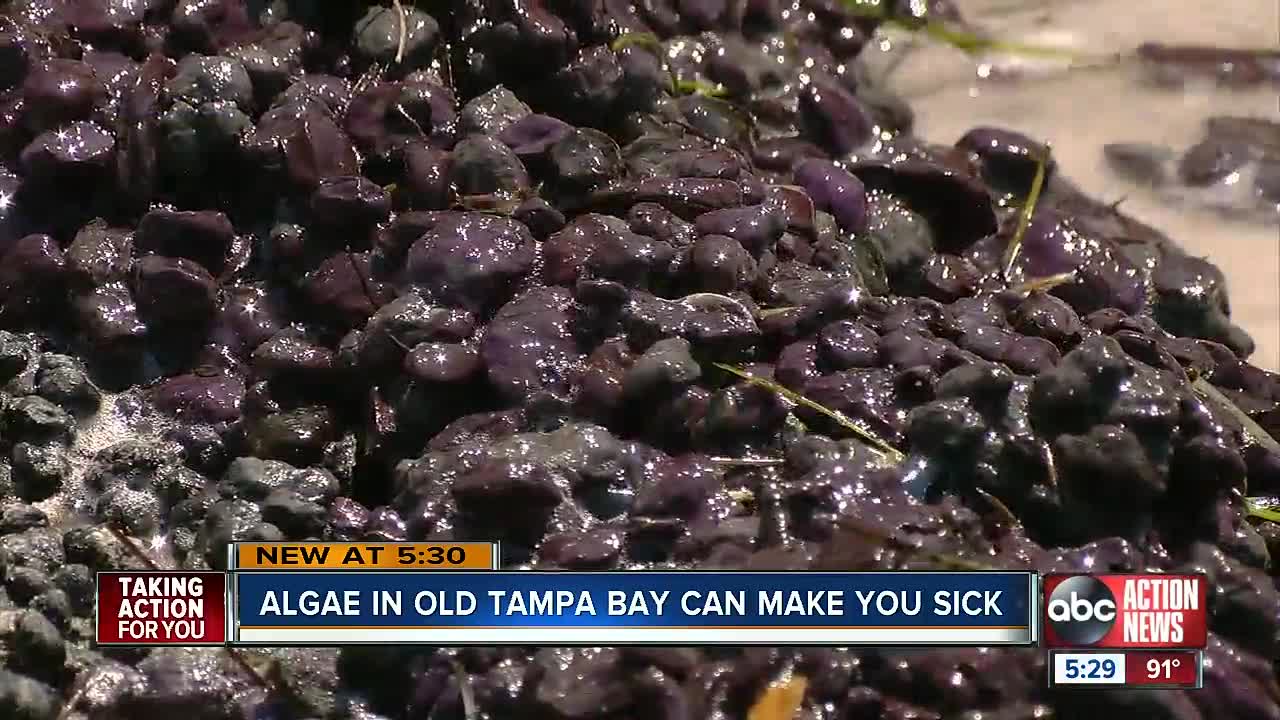 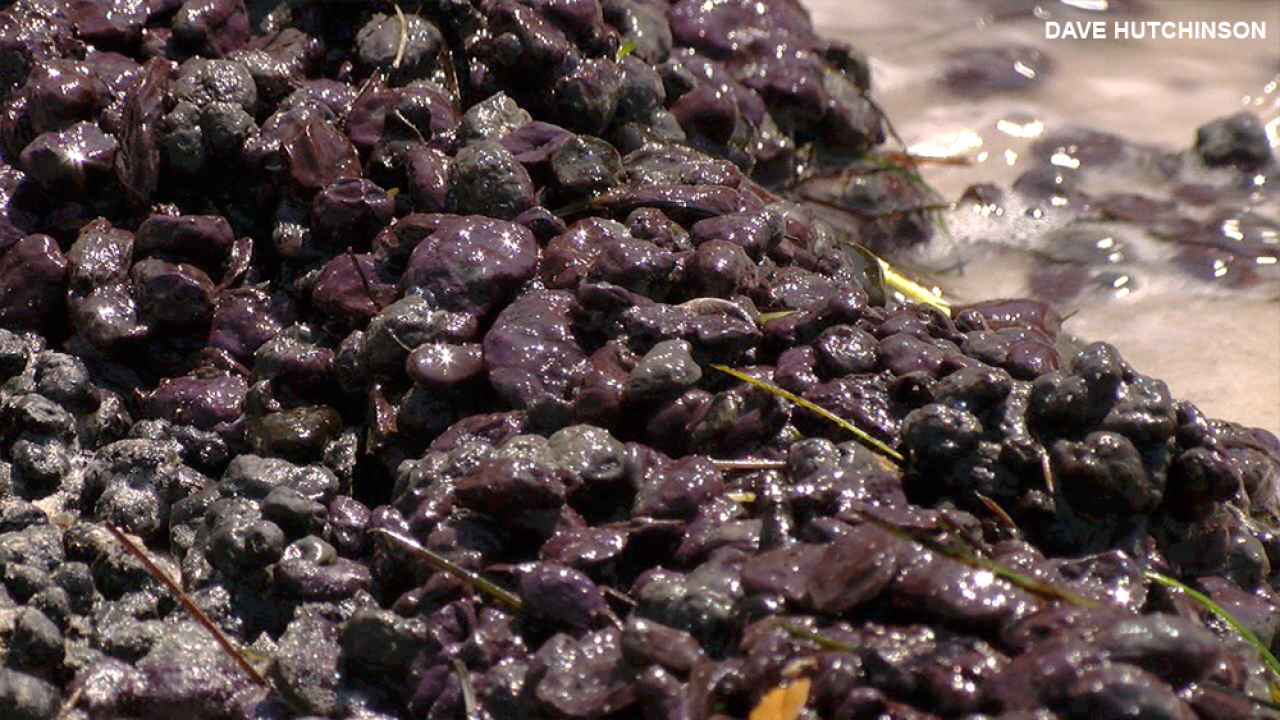 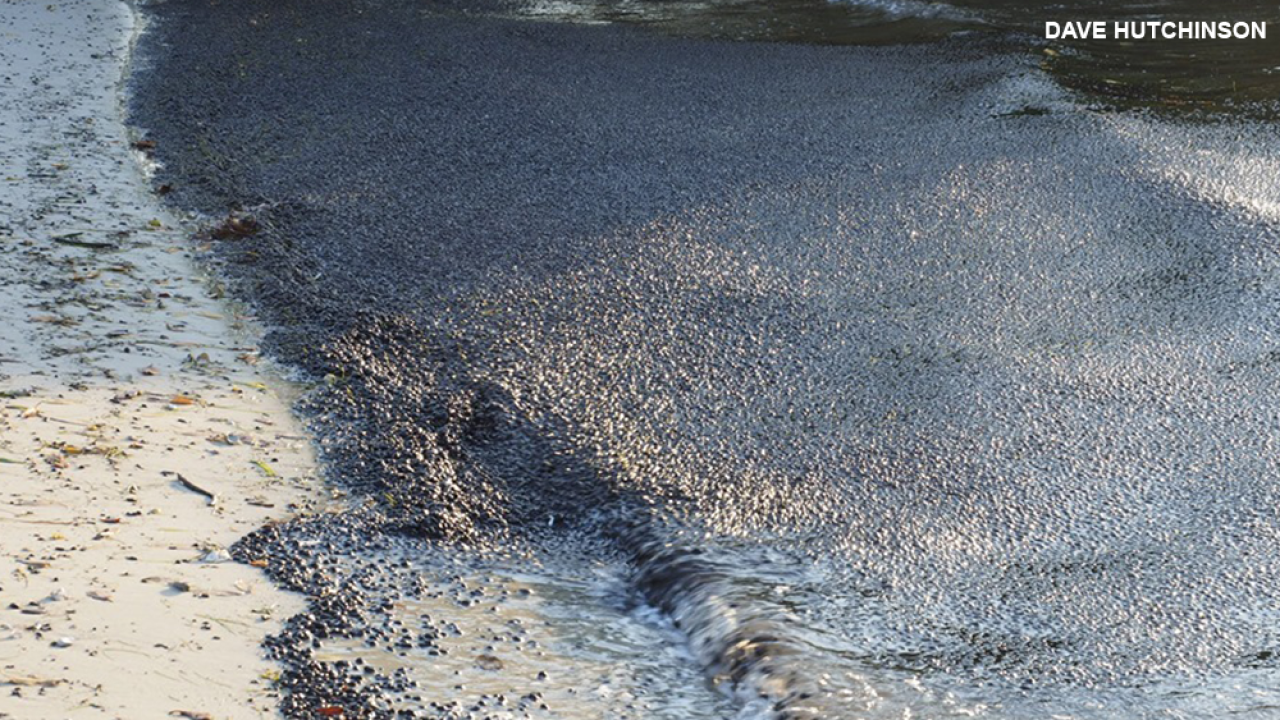 SAFETY HARBOR, Fla — A blue-green algae has some neighbors in Safety Harbor concerned.

Neighbor Dave Hutchinson took a photo Monday where a portion of the shore line near the Safety Harbor Waterfront park was covered in a substance that looks like purple and black rocks that to the touch are porous and squishy.

On Tuesday, the bloom wasn’t as bad but Pinellas County officials say the current can sweep it away to other areas of the bay. They tested for algae two weeks ago and confined it was Oscillatoria.

They say heat and calm water can cause this type of algae to rise to the surface and fertilizers and nutrients can feed it.

They say the smell is extremely pungent. Faith Olmsted took her dog down to the park but had to move because it was so bad.

“I actually was going to go down a little further down but the smell was so strong we ended up just kind of hanging out over here,” she said.

The Department of Health says interacting with the algae can make people and animals sick. They suggest staying away from it. It can cause rashes, stomach cramps, nausea, diarrhea and vomiting. Plus, people who are sensitive to smell can have respiratory irritation too.

Pinellas County officials sent someone back out Tuesday to retest and confirmed again it is Oscillatoria.