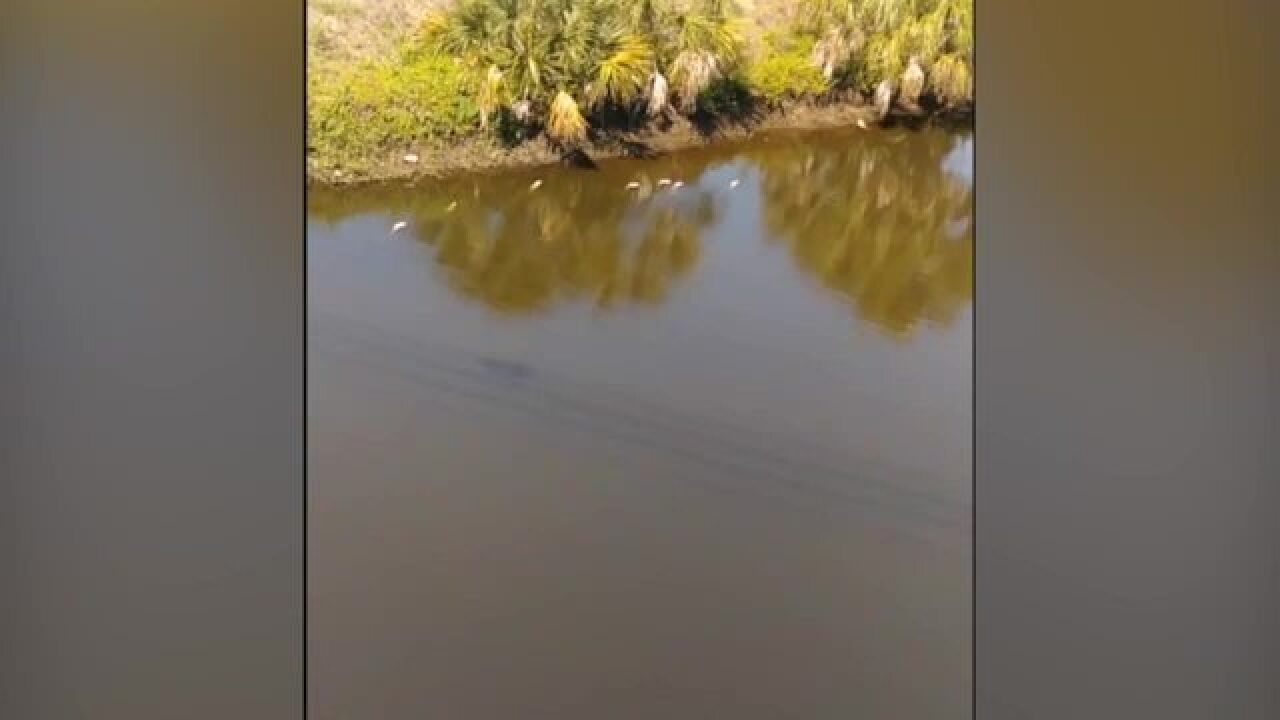 PINELLAS COUNTY, Fla. — Neighbors along a Pinellas County creek worry that fish are washing up dead because of construction on sewer lines nearby.

Wayne Schatz took video on Monday that shows around a dozen dead fish floating at the top of Saint Joe's Creek, under the 71st Street North bridge.

Schatz tells ABC Action News the county has had contractors installing new sewer lines along the canal for the past few weeks.

"I counted up to thirty," he said.

Schatz said earlier in the week, he got video showing a darker liquid filling the creek, and worries it could be sewage.

The company doing the work out of Lake Wales tells us they weren't pumping sewage last week, just preparing the lines, so it couldn't have been sewage.

The owner said they didn't start pumping the sewage until Monday, and when they arrived for work, they saw the dead fish.

We're told an inspector with the county stays on site with the construction crew the entire time looking for any possible sewage leaking.

"I want to see a water sample," said Schatz.

Schatz wants the county to take water samples in the exact location where the sewer lines are being worked on.

ABC Action News reached out to Pinellas County about the concerns, and they released the following statement:

There is a county sewer pipe lining project near that location.‎ Projects like this help rehabilitate our sewer infrastructure, protecting public health and the environment, as well as preventing sanitary sewer overflows.

The County is using a contractor to perform the work, and all is progressing according to specifications.

There are no reported issues or sewer spills at that location. Pinellas County Utilities and Pinellas County Environmental Management staff have checked the creek and project site and found no evidence of sewage. Staff overseeing the construction efforts also tested the water and detected low levels of oxygen in the creek. Low levels of oxygen in the creeks are common during this time of the year. They are naturally-occurring and can cause fish kills like the one observed.

The contractor did not start a majority of the work until after the fish kill was found.

Residents can call 727-464-4000 if they have concerns or questions about a particular project that the county is working on.

The FWC reported on Monday a fish kill of 25 fish in St. Joe's Creek, but it didn't say what kind of fish, or the exact location.