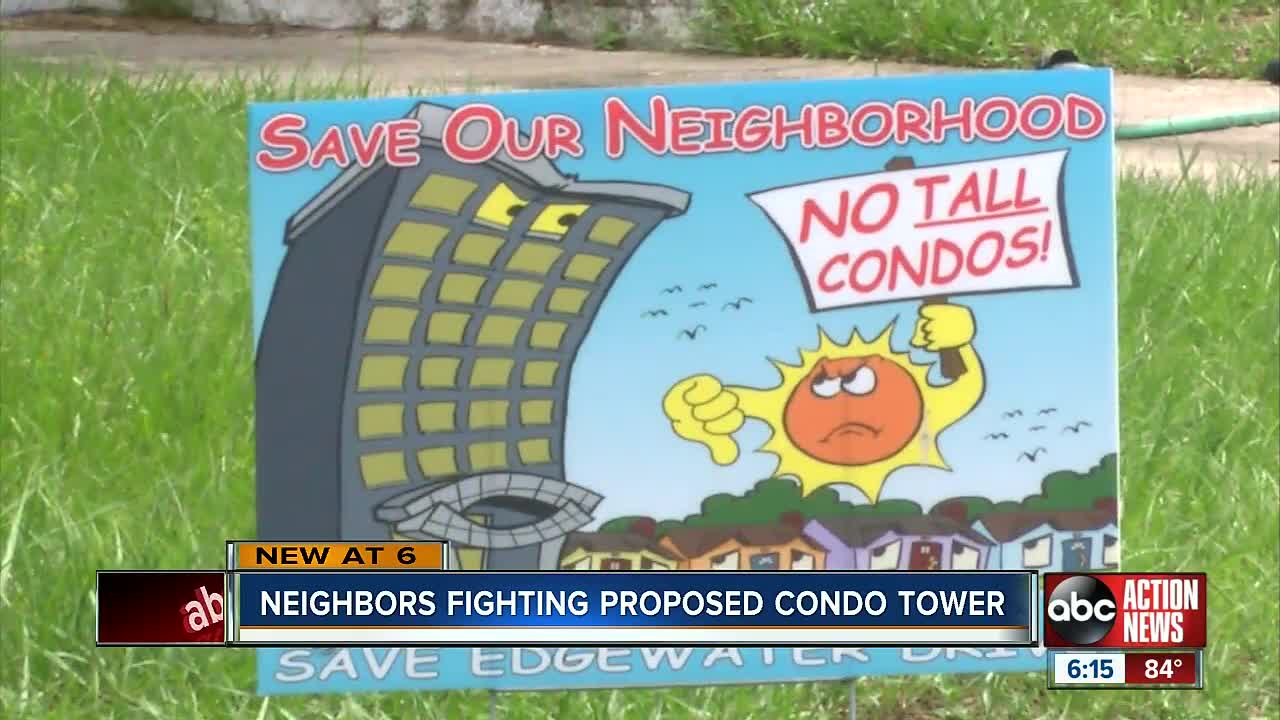 Neighbors living in the Edgewater neighborhood will have to wait another week before city leaders make a decision on a proposal for a new high rise condo on the corner of Edgewater Drive and Sunset Point Road. Story: http://bit.ly/2XTltNN 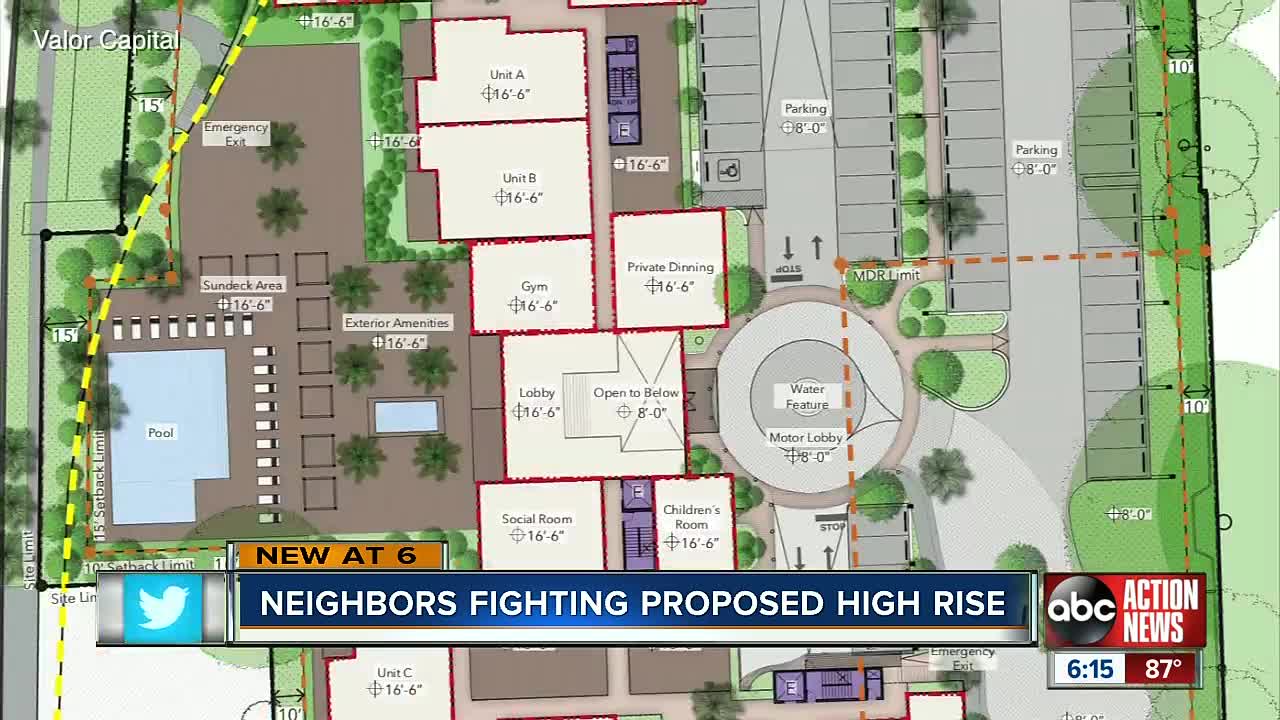 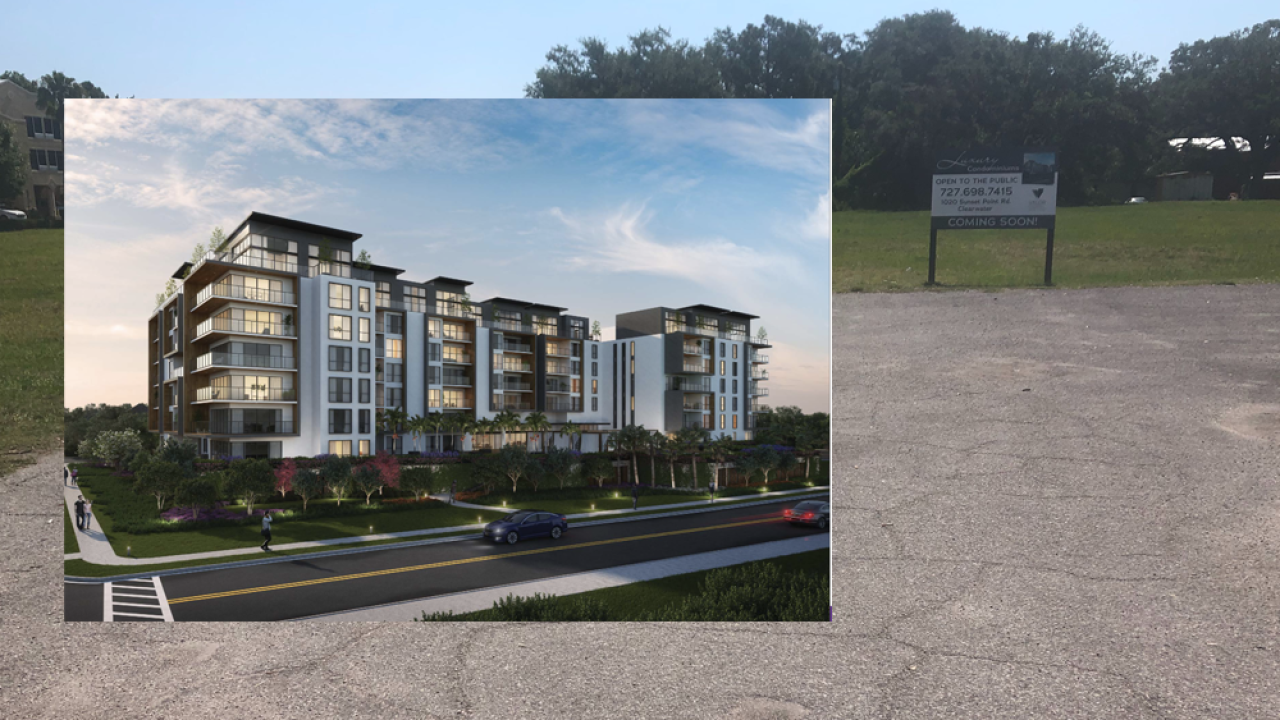 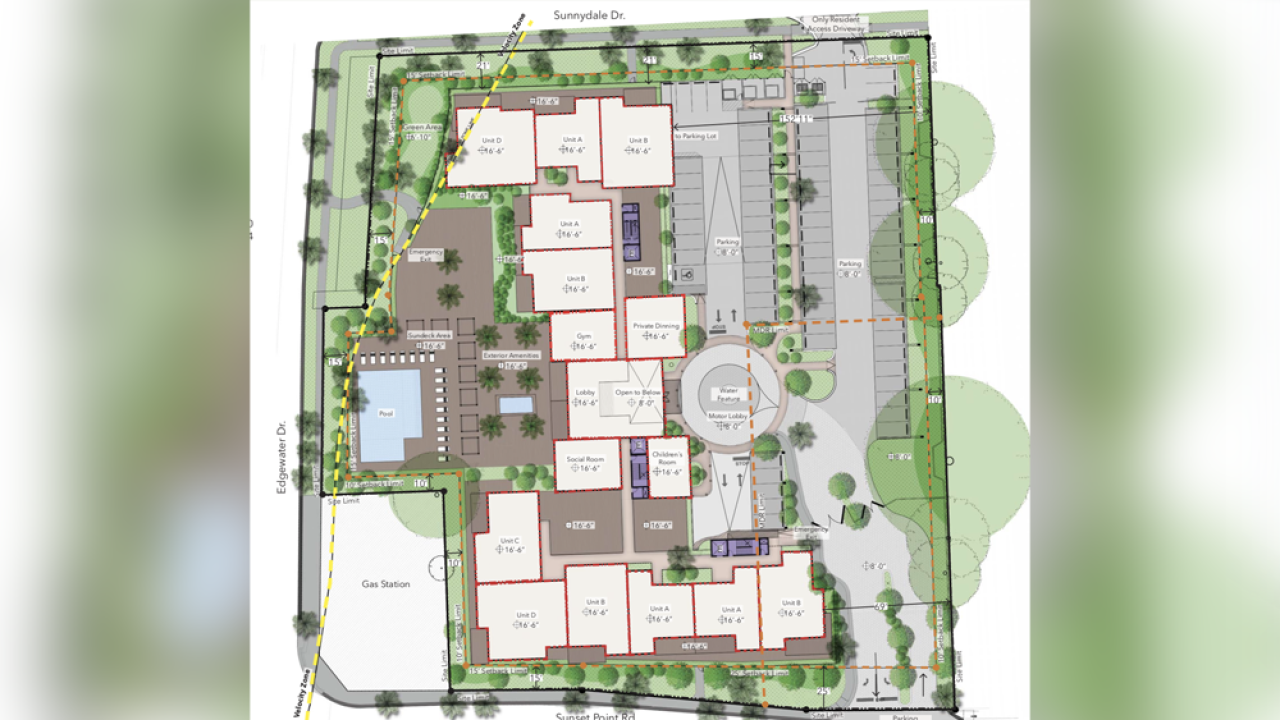 CLEARWATER, Fla. — Neighbors living in the Edgewater neighborhood will have to wait another week before city leaders make a decision on a proposal for a new high rise condo on the corner of Edgewater Drive and Sunset Point Road.

The community development board was supposed to vote on the project at their June 18 meeting. They have decided to have a special meeting on June 25, so they can focus on just that topic.

A developer has proposed a nearly 100 foot condominium on vacant land across from Edgewater Drive Park that will be seven stories high, with a parking garage.

The proposal says the building would be 86 feet tall, but from the street level it will equal more like 92 feet.

Neighbors like Dean Falk are putting up signs that say 'No Tall Condos' as he and dozens of others protested the building.

Their hope is to persuade the Community Development Board in Clearwater to say no too.

"We're not opposed to all development," said Kate Belniak, president of the Edgewater Drive Neighborhood Association. "We're hoping for something more sensible."

Sensible to Falk means not having a high rise that he says will "stick out like a sore thumb." Most of the homes in the area are single story homes.

Falk emphasizes the largest building near his home is a Comfort Inn Suites down the road that is two residential stories on top of a parking garage.

The developer, Valor Capital Development tells ABC Action News this property is zoned for tourism, and they feel the residential condos are better suited than hotels.

"But, there's also part of the code, written in there that says it has to match the neighborhood," exclaimed Falk.

The developer has already added a sign on the property that reads, 'COMING SOON!' and that the luxury condominiums will be open to the public despite not being approved.

Neighbors worry how confident the developers are about their proposal.

Along with the high rise not blending in with the residential area, neighbors worry about the impact from adding more vehicles on to the two lane road into Edgewater Drive.

The new meeting is scheduled for June 25 at 1 p.m. It will be at the downtown Clearwater Library on 100 North Osceola Avenue.