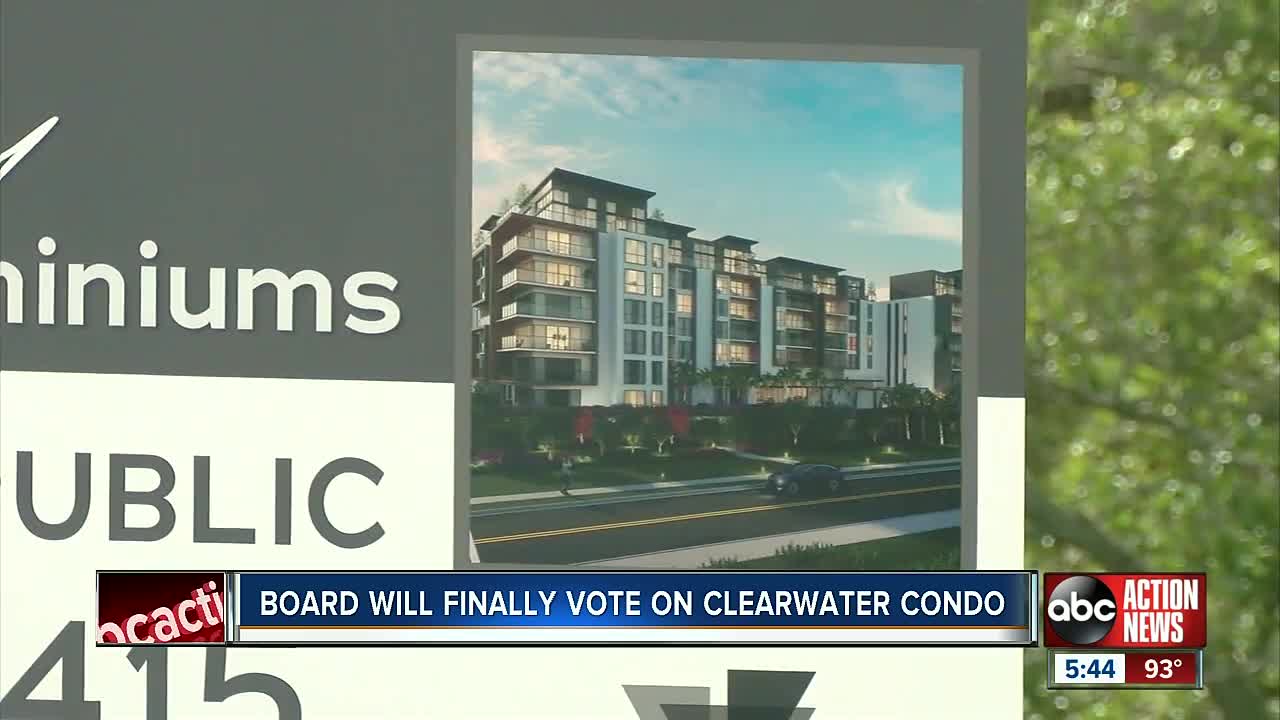 The condo will go on the corner of Sunset Point Rd. and Edgewater Dr. It'll have about 80 units. It'll be built on top of a garage, and it'll have green space. 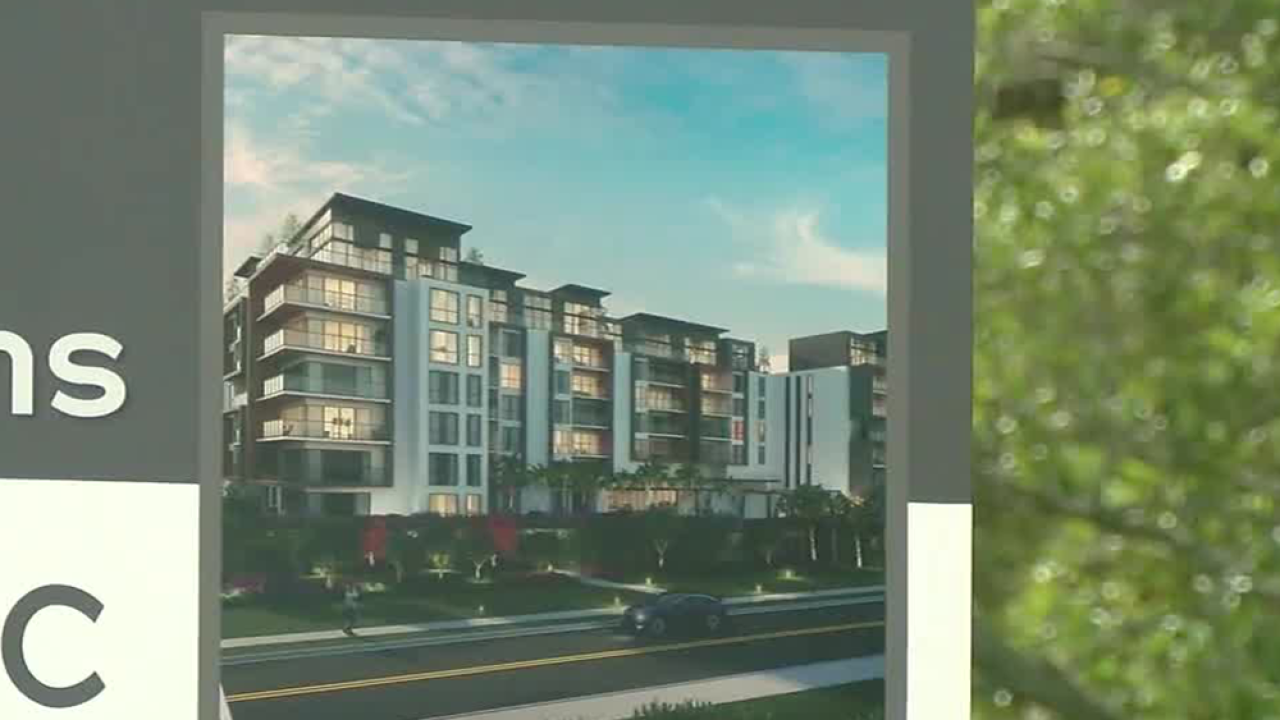 CLEARWATER, Fla. -- More than a hundred people packed into the Clearwater community development board meeting Tuesday.

Most of them were there to speak out against the seven-story condo building for the Edgewater Drive neighborhood. The city's community development board approved the condo's proposal Tuesday evening, much to some neighbor's dismay.

"It doesn't fit the character of our neighborhood," said one neighbor.

Valor Capital is the development company that submitted the proposal more than a year ago. The condo will go on the corner of Sunset Point Road and Edgewater Drive.

It'll have about 80 units. It'll be built on top of a garage and will feature some green space.

Valor's lawyer, Brian Aungst, said the company has made several revisions because of neighbor's concerns.

"We have gone at great length to be committed to the city and the community to provide the best site plan possible," Aungst said.

The Edgewater Drive HOA says their changes aren't enough. They say the building is far too big for their neighborhood.

Lisa Lynn lives in the house directly behind the property. She just moved in last week and said she had no idea about the proposal.

"The ink on the check is dry," she said. "I'll be honest, this is making us sick to our stomachs. We're kind of trapped."

Lynn and most of her neighbors told the Community Development Board they're going to fight this now-approved project.

There was one neighbor at the meeting who actually spoke in support of the project.

She said she doesn't like new development but she knows something will have to go in the vacant lot on the corner of Edgewater and Sunset Point.

"I'd much rather have this condo than a Dave and Busters," Ortenzio said. "I think this is going to be an asset."

The HOA said it will file an appeal against the approved project. Some neighbors are even willing to take this to court.