Each tornado touched down for less than a mile

Four EF-1 tornados packing winds of 90 miles per hour touched down across Tampa Bay, the National Weather Service confirmed Monday. Each one touched down for less than a mile, damaging a total of 25 homes in Pinellas, Pasco and Hernando Counties.

Many homeowners in Seminole near Park Boulevard and Starkey Road feel lucky to be alive after the sudden tornado touched down in their neighborhood.

“Bam! It hit!” Kurt Tuttle explained Monday while pointing out the damage to his carport, boat, and car. “It just picked up and threw big oaks. Look at the size of that thing,” he exclaimed while pointing at a dismantled oak tree across the street.

Just one block over at Conrad Mobile Home Park, John Zimmerman and Carol Buscemi ducked for cover as the roof of their trailer folded up and parts of it flew into the sky.

“It just got all squished up like an accordion,” Buscemi said. “It happened so fast,” Zimmerman chimed in.

Within moments, the tornado was gone, leaving a gaping hole in the roof of Margaret Penny’s Seminole Country Greens Condo. 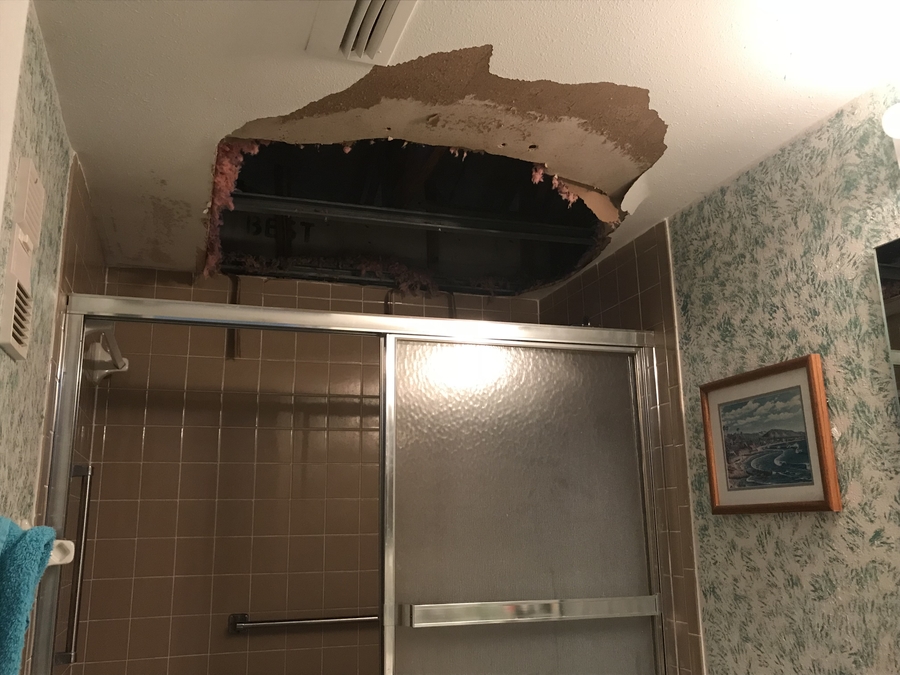 “There’s the hole right here in my bathroom and you can see the blue sky right through it,” she said while pointing up to the big hole in her roof.

The tornado also broke one of her bedroom windows, sending shattered glass across her bed, the floor and into a nearby closet.

Neighbors spent the weekend and day Monday helping each other pick up the crumbled pieces and taking down what’s left of the massive oak trees on their streets.

“Makes you kind of shed a tear a little bit, you know?" Zimmerman said while looking at his damaged home.

The four tornadoes brought straight-line winds of 90 miles per hour.

A handful of people across Tampa Bay are still unable to stay in their homes and are waiting on their insurance companies to make repairs.