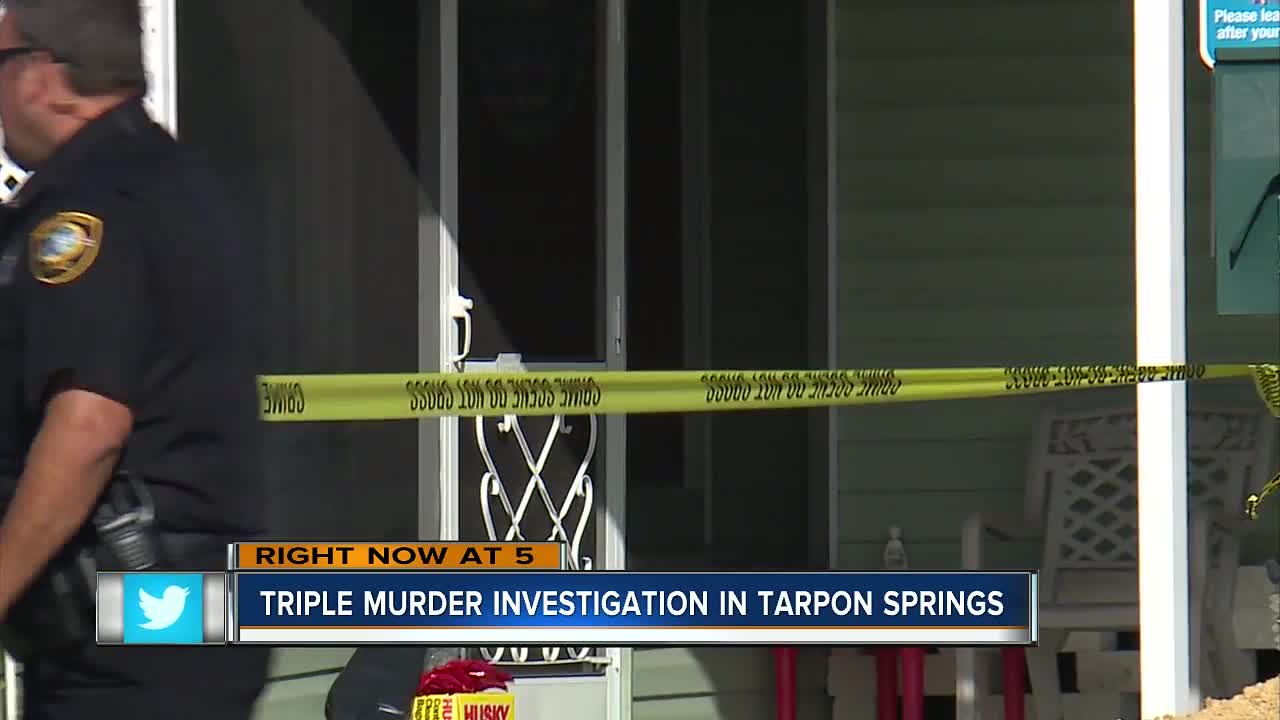 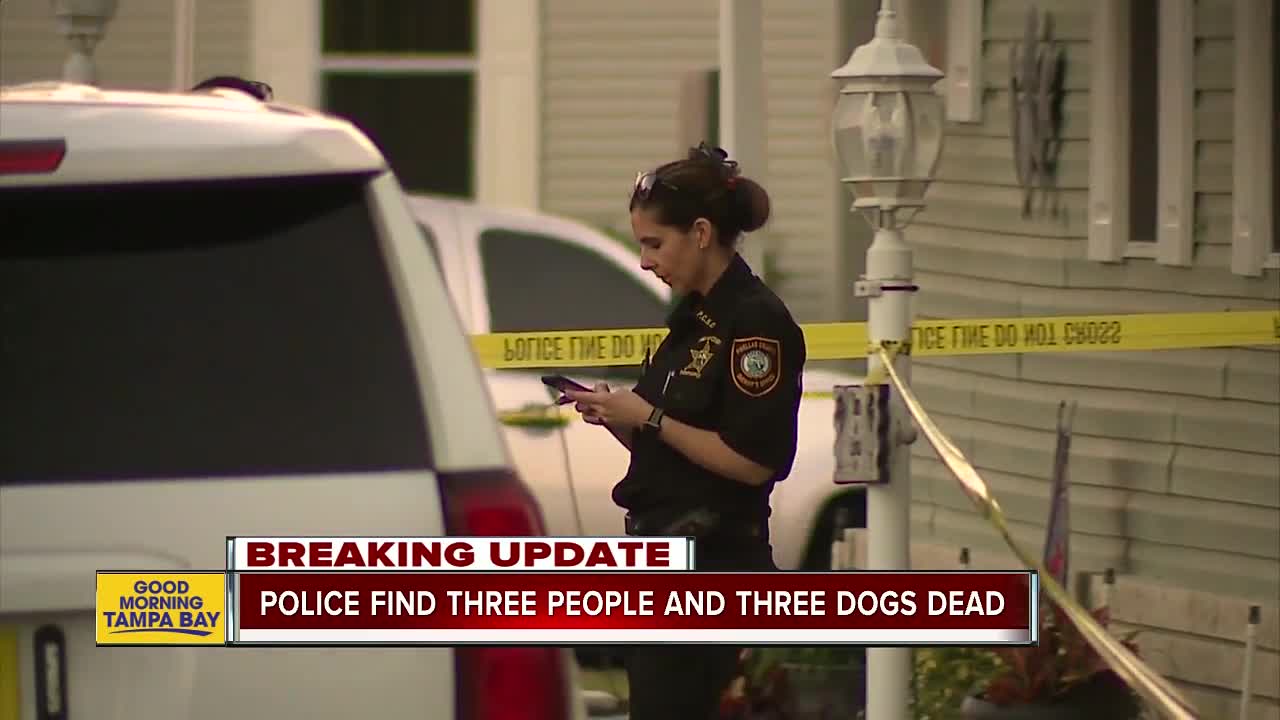 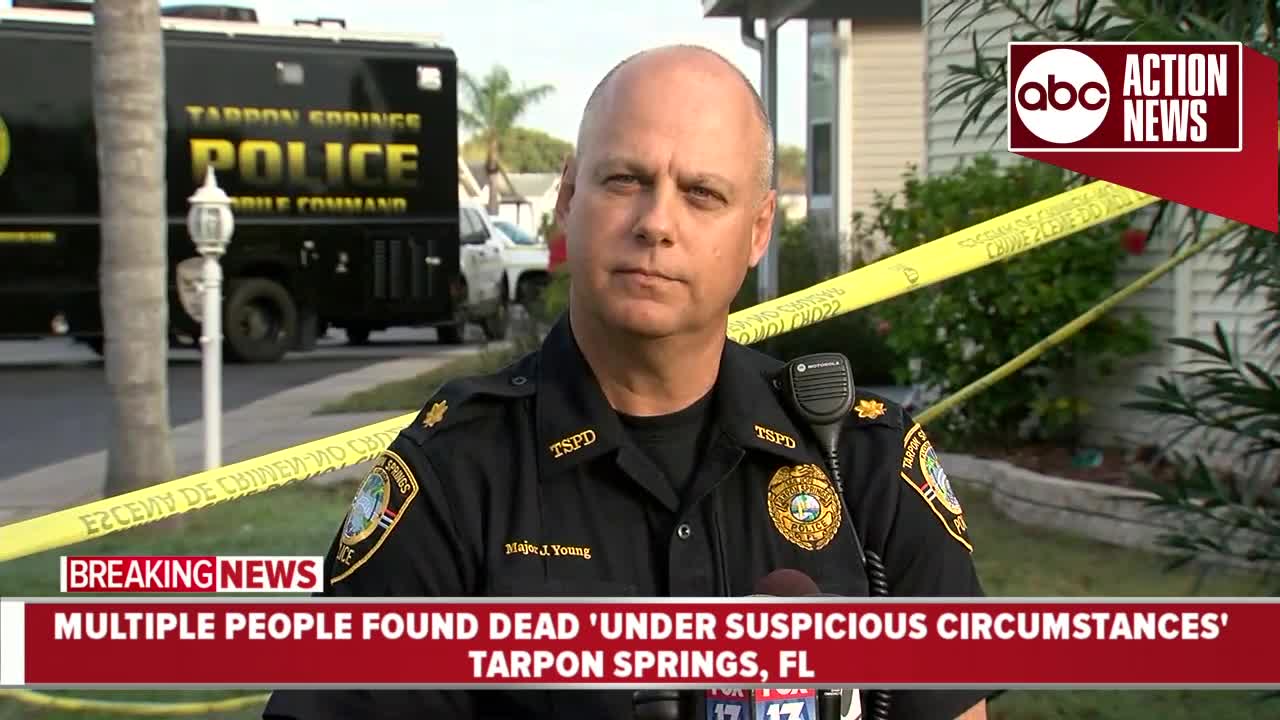 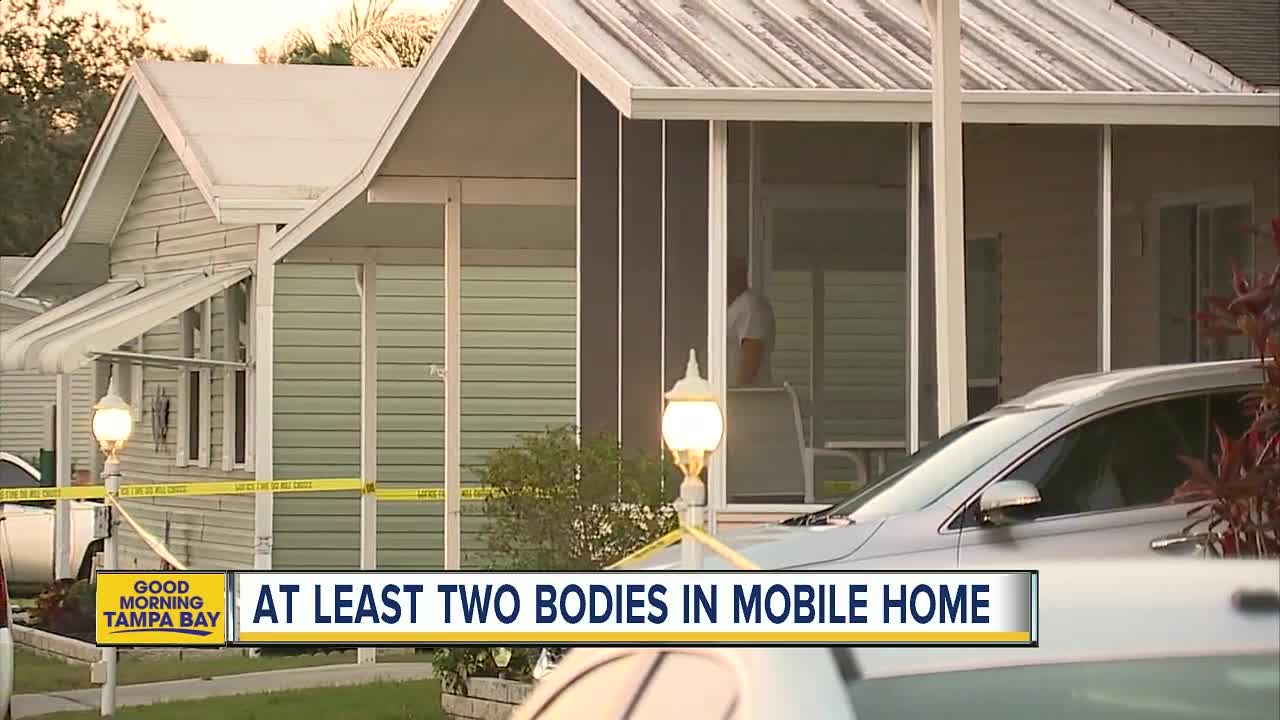 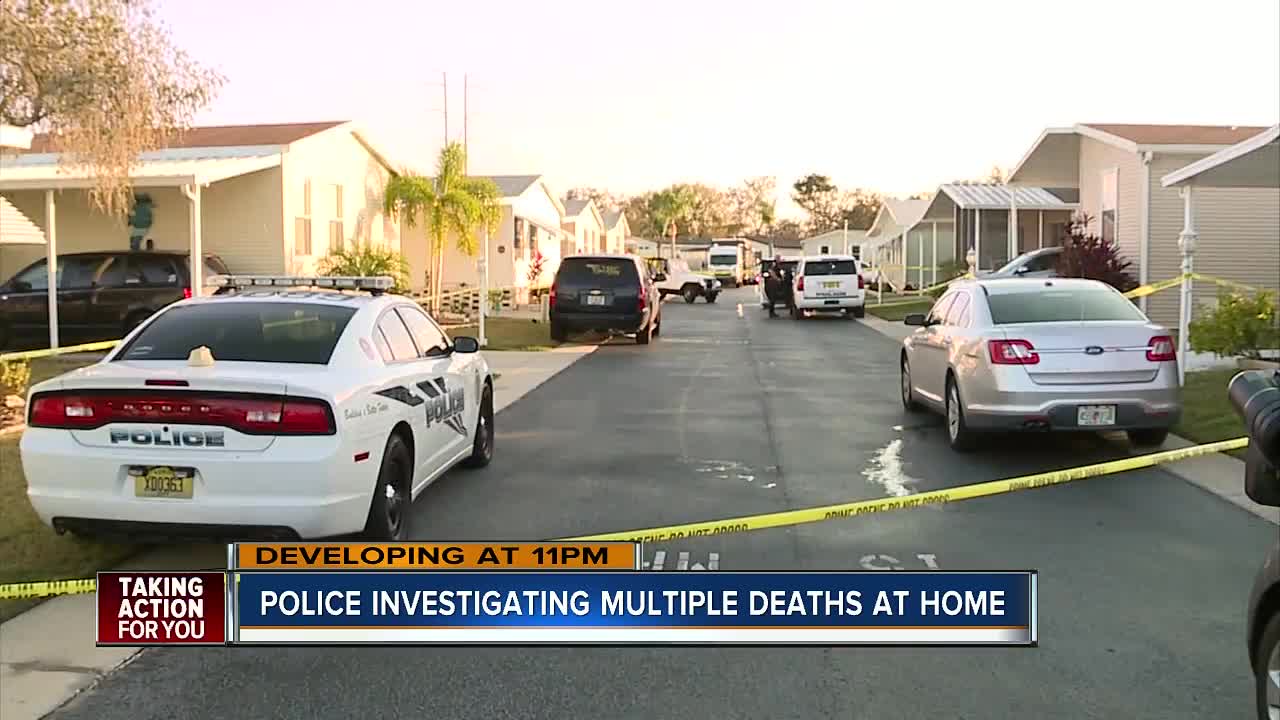 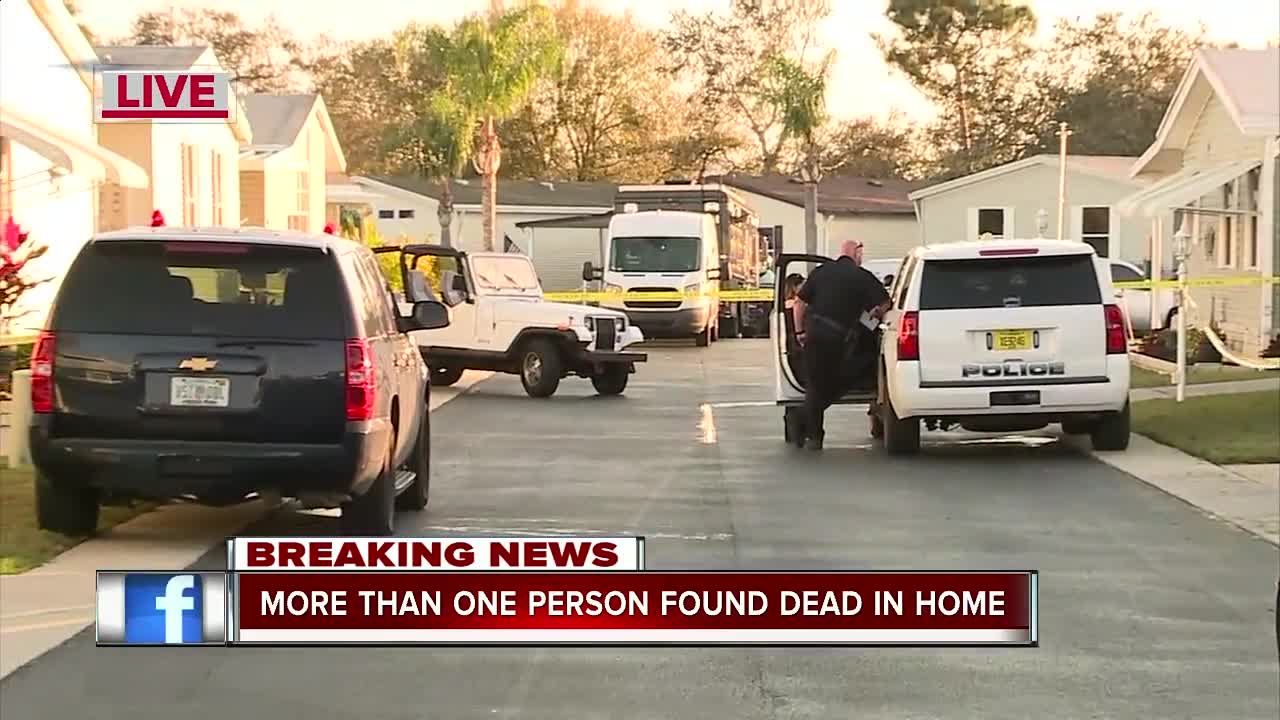 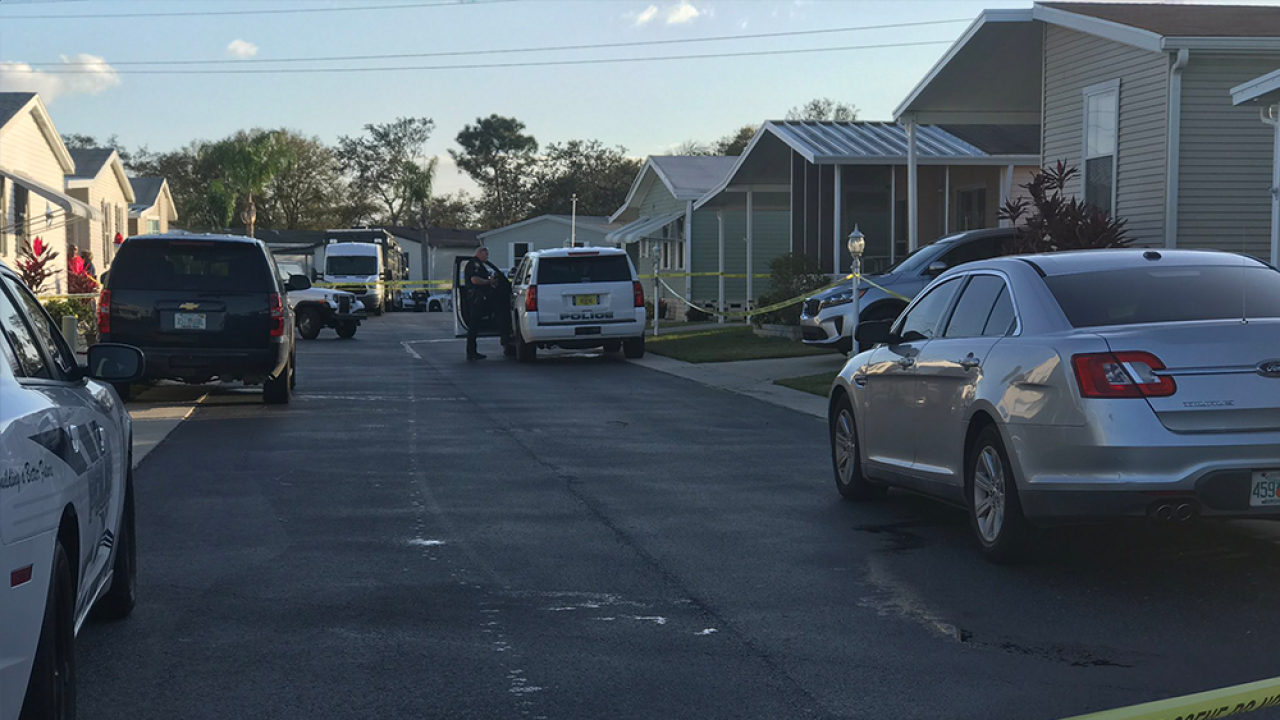 TARPON SPRINGS, Fla. — Police have identified three family members found dead in a Tarpon Springs home on New Year's Day and a suspect has been arrested in Ohio.

Officers responded to the 1900 block of Juanita Way, on Tuesday, at approximately 12:22 p.m., about a welfare check. The residence is inside a retirement community called The Meadows.

During a press conference Wednesday morning, Major Jeff Young said they found three adults and three dogs killed inside the home after obtaining a search warrant to enter the location and conduct an investigation. The bodies were found in an "advanced state of decomposition."

"The air conditioners been running about a week and a half and I could smell an odor too. My dog could smell it, you know, I never thought about that," neighbor Joe McGinley who lives a few doors down said.

McGinley said just before Christmas, a man, who is the son of the elderly couple who lives in the home, started digging a hole in front of the house.

"That hole and that was kind of unusual," McGinley said. "Even Sandy, my neighbor, we talked about it. It looks like a darn grave. Back then we said that kiddingly, and now with this oh my god maybe the guy was digging a grave or something."

A forensics team from the Pinellas County Sheriff's Office measured the hole and collected some of the dirt for evidence.

Investigators told us this was not a random murder.

Autopsies were performed on the victims on Thursday and on Friday, deputies released the names of the victims as Richard Louis Ivancic, 71, Laura Ann Ivancic, 59 and Nicholas James Ivancic 25. They said Richard and Laura are husband and wife and Nicholas is their son. All three lived in the home in the 55+ community.

Police also identified a suspect as Shelby John Nealy, 25, who also goes by Shelby Svensen. They said he is currently in custody in Lakewood, Ohio.

Tarpon Springs Police said the wife of the suspect, Jamie Nicole Ivancic, 21, is missing under suspicious circumstances and she has been reported as a missing and endangered person. Jamie is the daughter of Richard and Laura.

Police will release more information at a 2 p.m. news conference on Friday.

A possible motive has not been released, but police assured the community during a Wednesday afternoon meeting that the retirement community is safe.

"Shocked. I mean my goodness this is mayhem at The Meadows I don’t know how else to put it. This is crazy. I mean this is such a quiet neighborhood and older community, now this is like a crime scene," Shawna Shaney said.