An Amber Alert has been issued for a missing 2-year-old boy.

BREAKING 8:45PM UPDATE | The mother of 2-year-old Jordan Belliveau, who was the center of a statewide Amber Alert, has been charged with murder in the death of her son.

Charisse Stinson, 21, has been arrested and charged with first-degree murder.

No additional information has been released at this time, Largo Police plan to hold a press briefing on Wednesday morning to provide further details. The exact time has not been announced. ABC Action News will stream the press conference live. Watch it live here.

BREAKING UPDATE: The Florida Department of Law Enforcement has canceled the Amber Alert for 2-year-old Jordan Belliveau, who was found dead on Tuesday afternoon, according to Largo Police.

"Jordan has been found, in a wooded area behind me," Police said during a press conference Tuesday.

His body was found by investigators in the wooded area near McMullen Road and Alt Keene Road in Largo.

No additional information has been released at this time. Police expect to provide another update with more information at 8:45 p.m. Watch it live here.

Tuesday afternoon, surveillance video was released from a 7-Eleven/Mobil station at 1200 East Bay Dr. at about 12:10 a.m. Sunday. Police say the man in the video is a possible witness who may have spoken with Jordan Belliveau's mother the night the child went missing.

According to the Largo Police Department, Jordan Belliveau, 2, and his mother were walking on East Bay Drive near Belcher Road around 9:30 p.m. on Saturday when they were offered a ride in a white Toyota Camry by someone they did not know who told them his name was Antwan.

"A short time later (once inside the car) an altercation took place. The mother was struck in the face multiple times and lost consciousness," said Maj. Stephen Slaughter.

Once Jordan's mother regained consciousness Sunday around 1:30 a.m., she found herself in a wooded area at Largo Central Park.

After an extensive search, police did not find Jordan and issued the Amber Alert.

During a press conference on Monday afternoon, Largo Police released a sketch of the man who allegedly assaulted the mother before kidnapping Jordan.

"Antwan" is described as an African-American male, with gold teeth and dreadlocks. He was last seen wearing black basketball shorts and a white tank top, according to Largo Police.

"At this point, all parents should take good care of their child and make sure that they're not talking to strangers," said Maj. Slaughter. "Do we feel that there's a significant threat to the community at this point...no."

FDLE said "Antwan" could be traveling with Jordan in a 2010 Toyota Camry with a white grill and dark tinted windows. Hanging from the rearview mirror are rosary beads and a black ice air freshener. 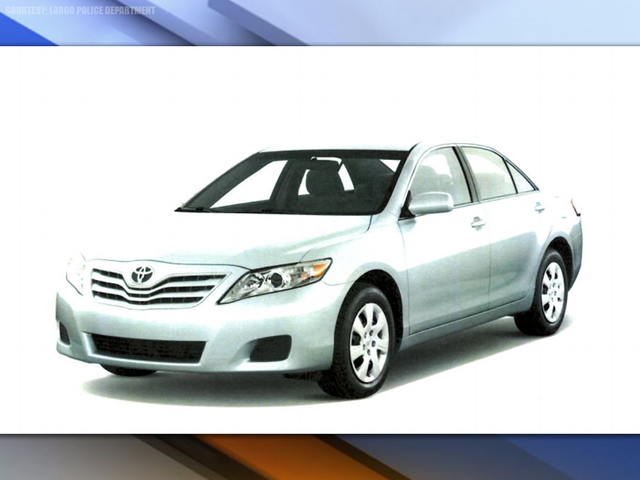 ABC Action News learned authorities were at the mother's home on Sunday picking up evidence and trying to determine when was the last time Jordan was there.

Police tell ABC Action News they discovered bloody children’s items inside of the apartment. On Monday, they took those items into evidence but say they’re not certain if they are connected to Jordan’s disappearance.

"Devastation. Complete devastation. Our family is hurting and we want him back," said Jessica Belliveau, the child's grandmother.

Major Stephen Slaughter said the Pinellas County Sheriff's Office Dive team had been searching a large pond behind the apartment complex Jordan and his mother live in. Following their search at the pond, they would also be searching nearby waterways.

When asked if there were any specific suspicions that led them to search near the apartment complex Maj. Slaughter replied, "We have no specific tips, suspicions or anything like that that are leading us. We are trying to do our due diligence with the information that we have."

"Anybody who may know the whereabouts of Jordan we urge you to please just take him to a safe place. Safe places are any local fire station or library. No questions asked. Drop Jordan off. We need Jordan back," Maj. Slaughter said.

Jordan's mother has been very cooperative, according to Maj. Slaughter. She told police the reason she took the ride from the stranger was because Jordan was kind of heavy and she didn't want to have to carry him all the way to her destination.

"He's happy. He's playful. He runs around. He always blows kisses to somebody and if you have a cookie, he wants to be your best friend. We just want him home," said Belliveau.

Anyone with information about Jordan and/or the vehicle he could have been taken in is urged to call the Largo Police Department at 727-587-6730 or 911.

Jordan is described as being 2 feet, 6 inches tall and about 30 pounds. He has short brown hair and brown eyes and was wearing a blue shirt with a "72" on the front, blue gym shorts with a black and white stripe, black socks and black and white Nike sneakers. He has a cut that is partially healed on the underside of his chin and birthmark on the right side of his stomach. 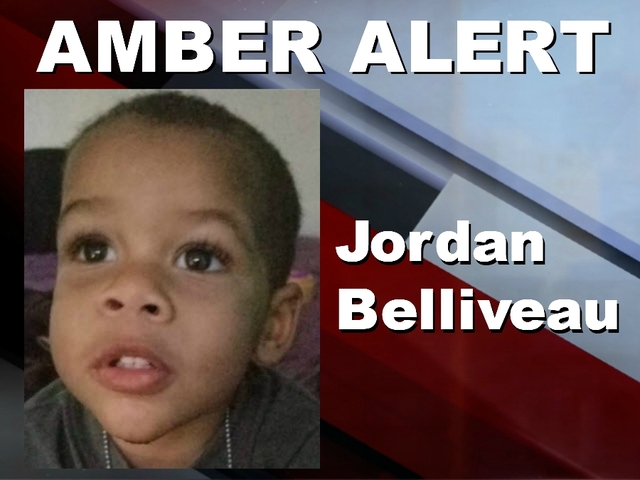