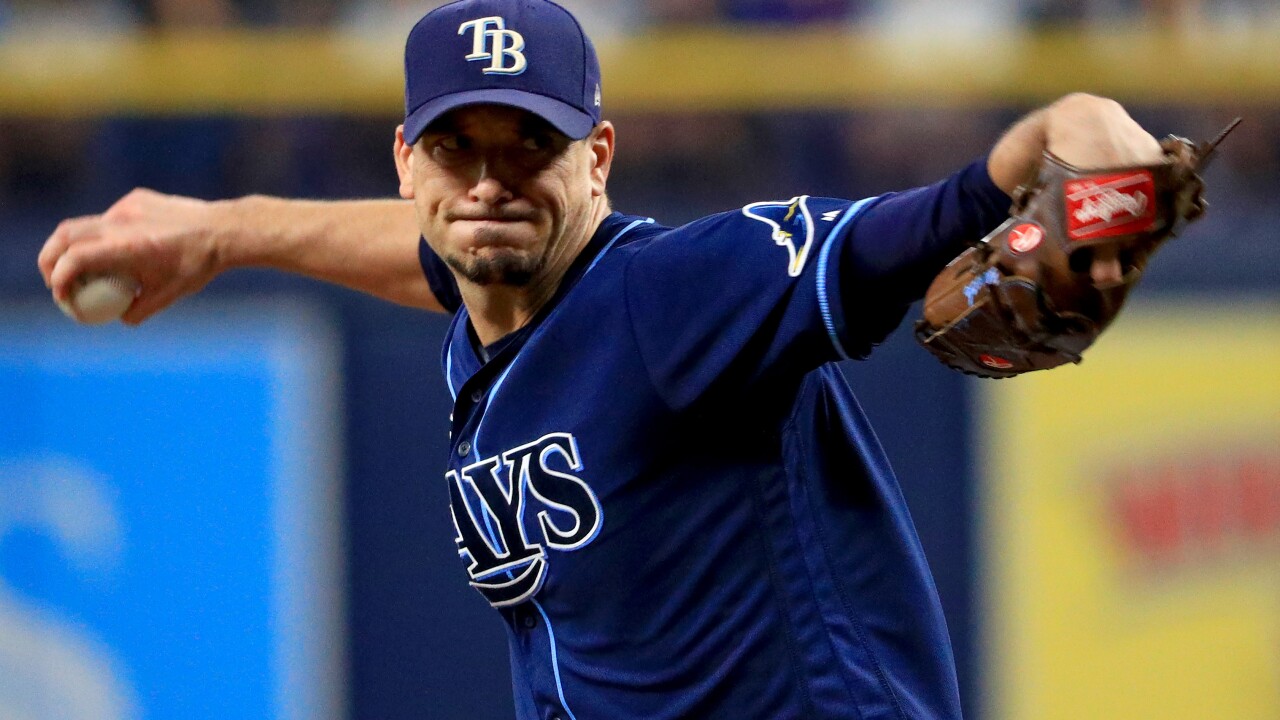 ST. PETERSBURG, Fla. (AP) — Charlie Morton and the Tampa Bay bullpen combined on a one-hitter and the Rays held their lead in the AL wild-card race, beating the New York Yankees 4-0 Wednesday night.

Tampa Bay began the night in the second wild-card spot, a half-game ahead of Cleveland and a half-game behind Oakland.

The Rays swept a two-game series from the 102-win Yankees, holding them to DJ LeMahieu's soft, clean single to right field with two outs in the sixth inning off Morton (16-6).

New York started the day 1 ½ games in back of Houston for the best record in the majors.

Morton struck out nine and walked three in six innings. Four relievers finished it out for the Rays.

Joey Wendle homered on the third pitch from opener Jonathan Loaisiga (2-2) and Brandon Lowe added an RBI single in the first.

J.A. Happ, who will be a reliever in the postseason, replaced Loaisiga to start the second. The lefty allowed one run, four hits and struck out six over five innings.

Avisail Garcia made it 4-0 on a solo shot in the eighth — the ball hit one of the catwalks at Tropicana Field, rattled around the beams for a moment and then dropped down, where it was caught in left field by Cameron Maybin. By the ballpark's ground rules, that's a home run.

After LeMahieu's hit, Aaron Judge drew a walk from Morton. The right-hander got out of the jam by getting a grounder from Brett Gardner.

Nick Anderson entered with two on and two outs in the eighth and struck out Judge.

The Yankees' ALDS opponent has not been officially determined but AL Central champion Minnesota is the likely foe. "They're a beast," New York manager Aaron Boone said. "We know how dangerous they are. It's a team that if you're not executing you're in some trouble."

The Yankees did not homer and are tied with Minnesota for the most in the majors with 299. No team has ever hit 300.

Yankees RHP Domingo Germán's administrative leave under Major League Baseball's domestic violence policy has been extended through the World Series. MLB and the players' association agreed to the extension, which ends Germán's season.

Yankees: 3B Gio Urshela, hit on the left hand by a pitch Tuesday, didn't play but could start Friday. ... C Gary Sanchez (strained left groin) and DH Edwin Encarnacion (strained left oblique) went through extensive pregame workouts and are expected back this weekend at Texas.

Rays: Ji-Man Choi fouled a ball off his right foot in the eighth and left after the inning.

Yankees: A starting pitcher for Friday night's game at Texas has not been announced.