Every 43 hours someone dies of an opioid overdose in Pinellas County. The problem is only getting worse, but local leaders say they feel empowered with more money and resources to battle the problem.

PINELLAS COUNTY, Fla. — Every 43 hours someone dies of an opioid overdose in Pinellas County. The problem is only getting worse, but local leaders say they feel empowered with more money and resources to battle the problem.

One big initiative is Saturday, April 28. A national prescription drug take back day will help thousands of pounds of medications be safely thrown away across the U.S.

Where you can drop off expired, unused medications on National Drug Take Back Day

It's an initiative that is close to Susan Korabek's heart. Her son died eight years ago from an opioid overdose. “Maybe people won’t remember my son Landon’s name and what happened to him, but I want people to know he was 17 years old. He was so young. He’s missing out on life," she explained. 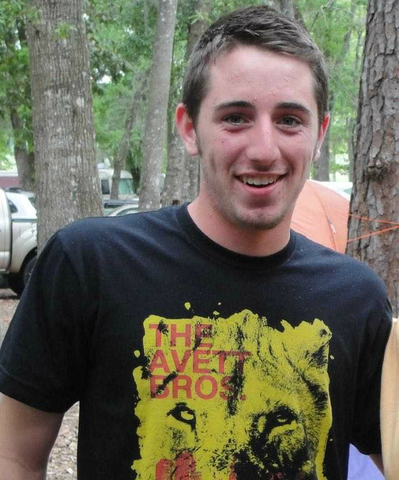 Korabek wonders every day about the person her son Landon would have been if he hadn’t swallowed a handful of pills. “I know one thing for sure. He would be here, and he’d be playing his guitar," she said with a smile.

Landon's love of music continues with a One Love Jam Fest, which was created in her son’s memory, and where she spreads the word to other teens about the dangers of opioids.

“I want them to say 'You know what? I remember that kid Landon. I know how sad his family was. I’m not going to do it. I'm not going to swallow these pills,'" Korabek added.

Dan Zsido knows that pain too as a retired narcotics detective and an active part of the National Association of Drug Diversion Investigators.

“I've had to go into someone’s home and watch them grieve their son or daughter. It has a profound effect on you. It's horrendous,” Zsido explained.

Now, Zsido, Korabek and other advocates are teaming up to spread awareness about Saturday’s national drug take back day and a major opioid summit on Clearwater Beach, which also takes place on Saturday and will bring together health leaders from across Florida to brainstorm solutions.

“We are not willing to give up and we are going to do everything conceivable to make a difference," Zsido added.

In 2017, Pinellas County collected 927 pounds of unwanted prescription drugs. Korabek is grateful for every pill dropped off, knowing something that simple, could have saved her son’s life.

“We’ve got to keep at it, we can’t let up because more people are dying across the county," she said with a sigh.

You can find a list of locations for Saturday's national drug take back day here.