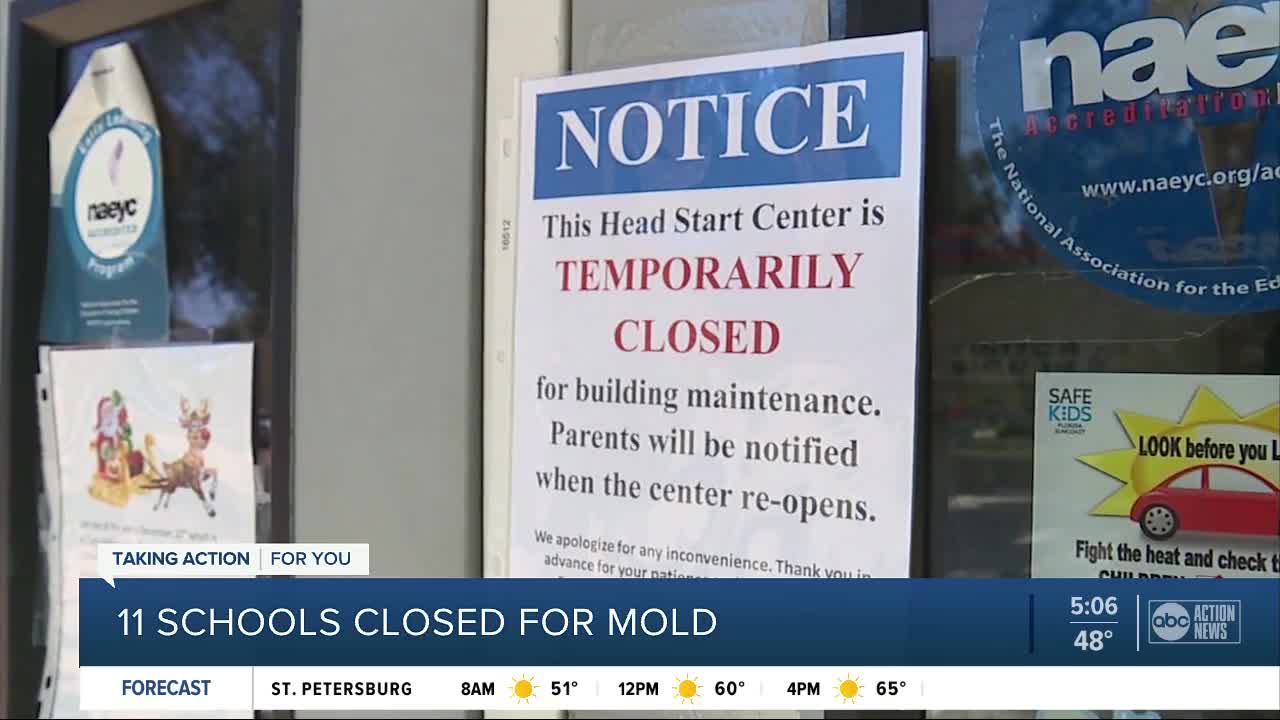 Some children in Pinellas County are getting an extra long winter break due to mold concerns. Story: https://wfts.tv/36uxNIx 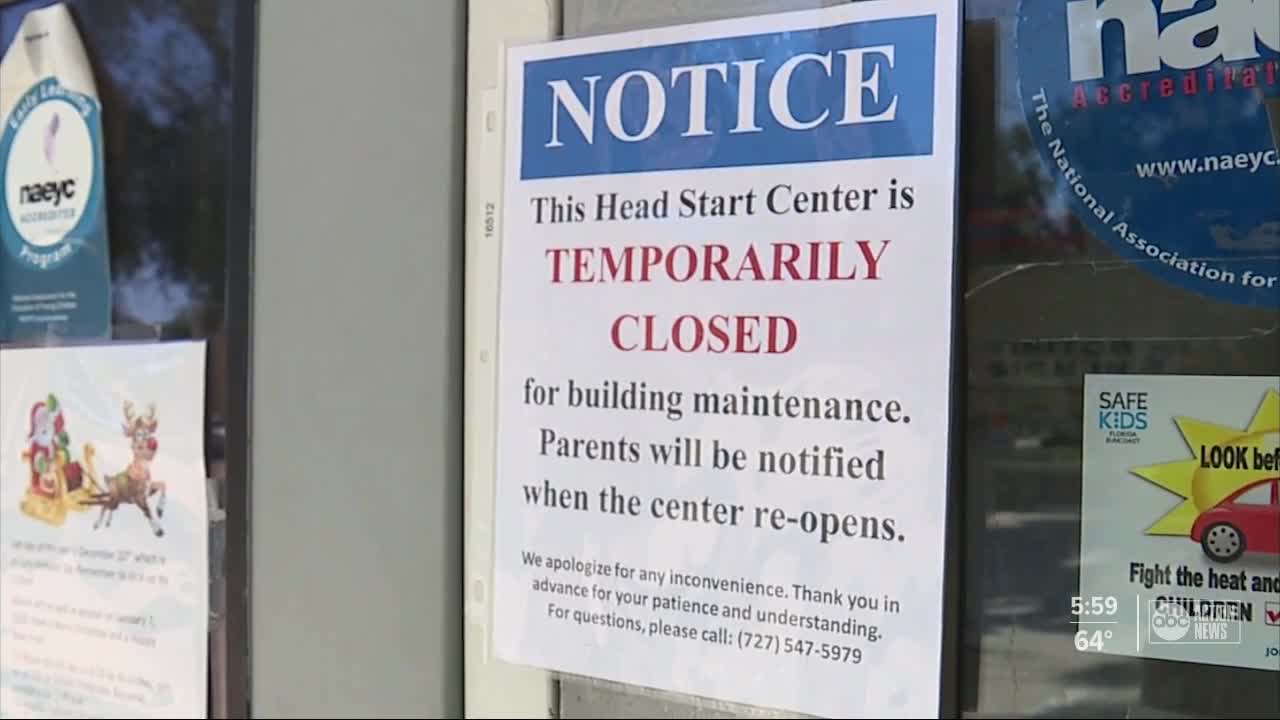 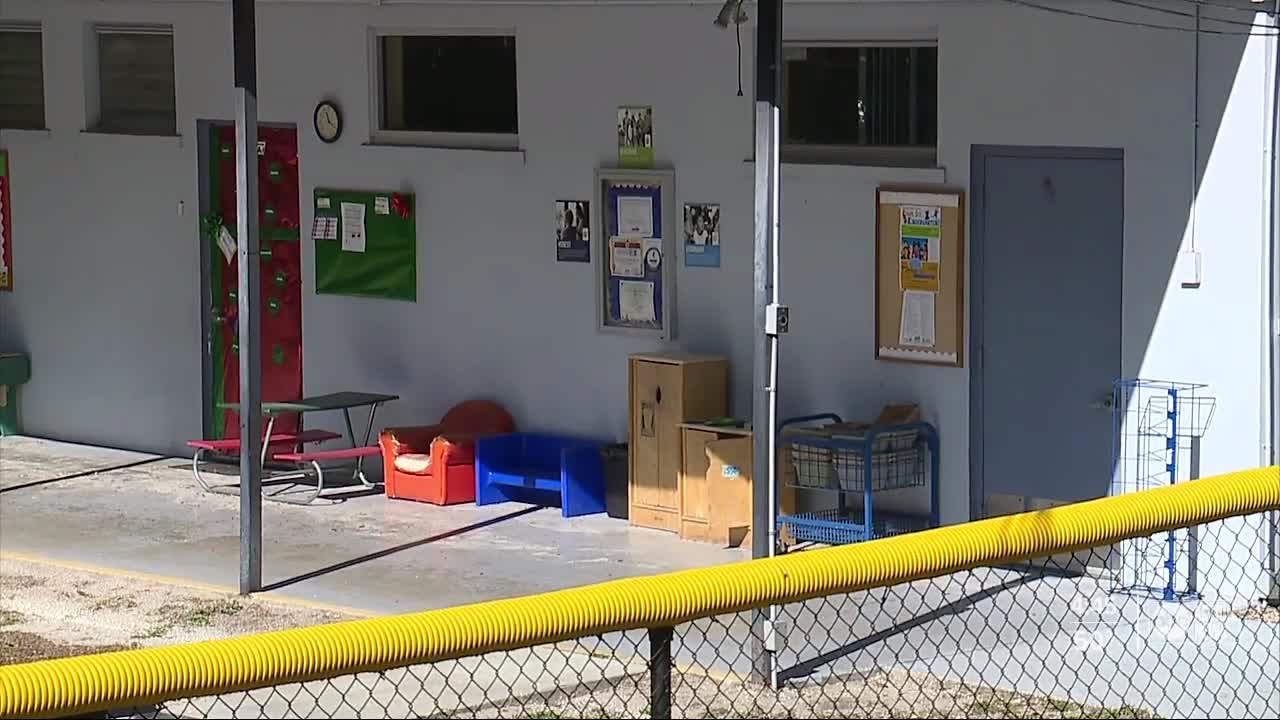 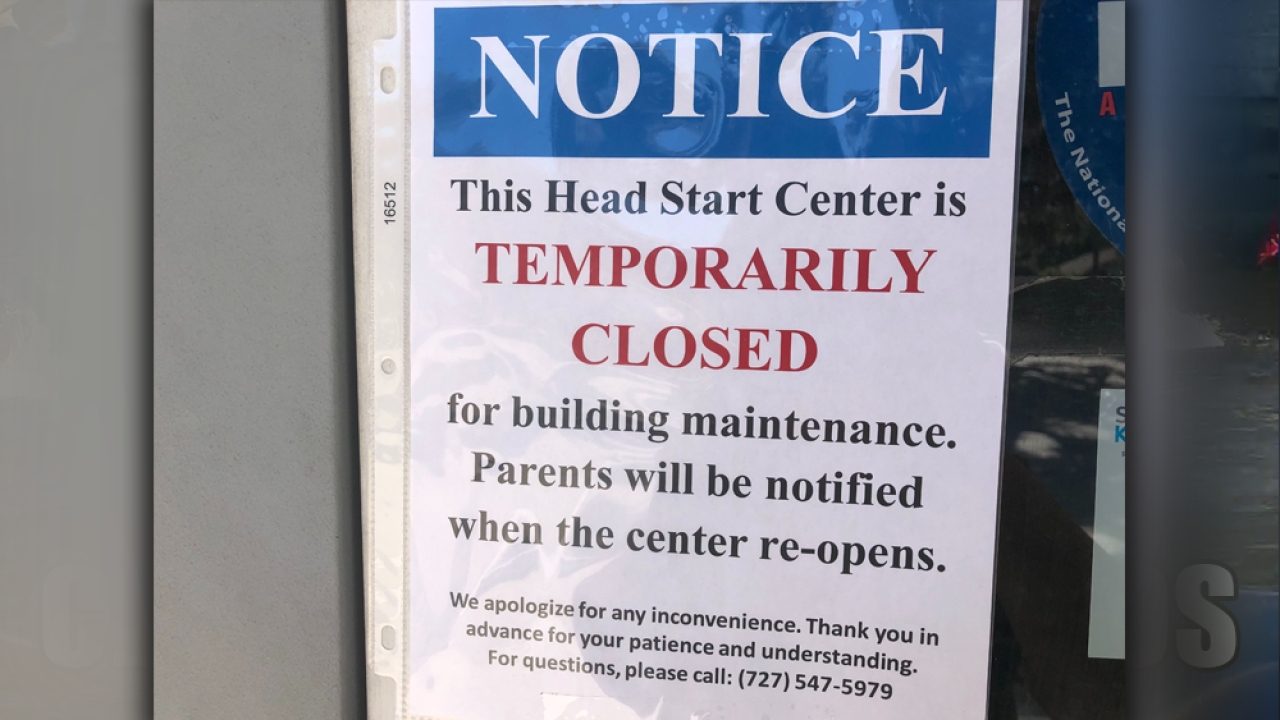 PINELLAS COUNTY, Fla. — 900 children in Pinellas County are getting an extra long winter break due to mold concerns.

Officials say contractors have been brought in to address the concerns. They anticipate some centers will re-open the week of January 13 and others after that.

If the problem lasts longer than one week, the centers will implement home-based options where possible. Luthern Services of Florida is also working to place some students in other daycare centers.

Leaders at Lutheran Services of Florida tell ABC Action News the mold issues vary from school to school. Some require a deep clean, others furniture, pipes or drywall removal. A remediation company discovered two or three of the campuses also had mold particles detected in the air.

Lutheran Services of Florida Chief of Staff Amelia Fox says school workers detected the mold in AC and pipe closets and under sinks.

“I think if you tested any building in Florida, you’d see the same issue. It’s just been such a humid time," Fox explained.

Fox says they immediately sent a letter home to parents and hired a mold remediation company to investigate after school leaders discovered the issues.

Although fox says many of the issues were minor, they decided to close all 11 impacted campuses as a precaution.

“We are all hands on deck working hard. We’ve got guys out doing testing, and as soon as that’s done, the mold remediation guys will fix what needs to be fixed whether that be replace a cabinet, drywall, pipes, AC vents and other issues as needed,” Fox explained.

The 900 preschool aged kids were supposed to go back to class Tuesday, January 7th, leaving parents scrambling to find other options.

"We feel devastated by that aspect of it. It was a hard decision to close the schools because we know it put a hardship on parents but we felt like the safety of the kids was more important," Fox elaborated.

Fox says they’re tasking their maintenance team to look for future problems and will test the air a final time later this week to make sure it’s safe for kids to return.

After the centers re-open, officials plan to host a parent meeting to welcome families back and answer any questions they may have.