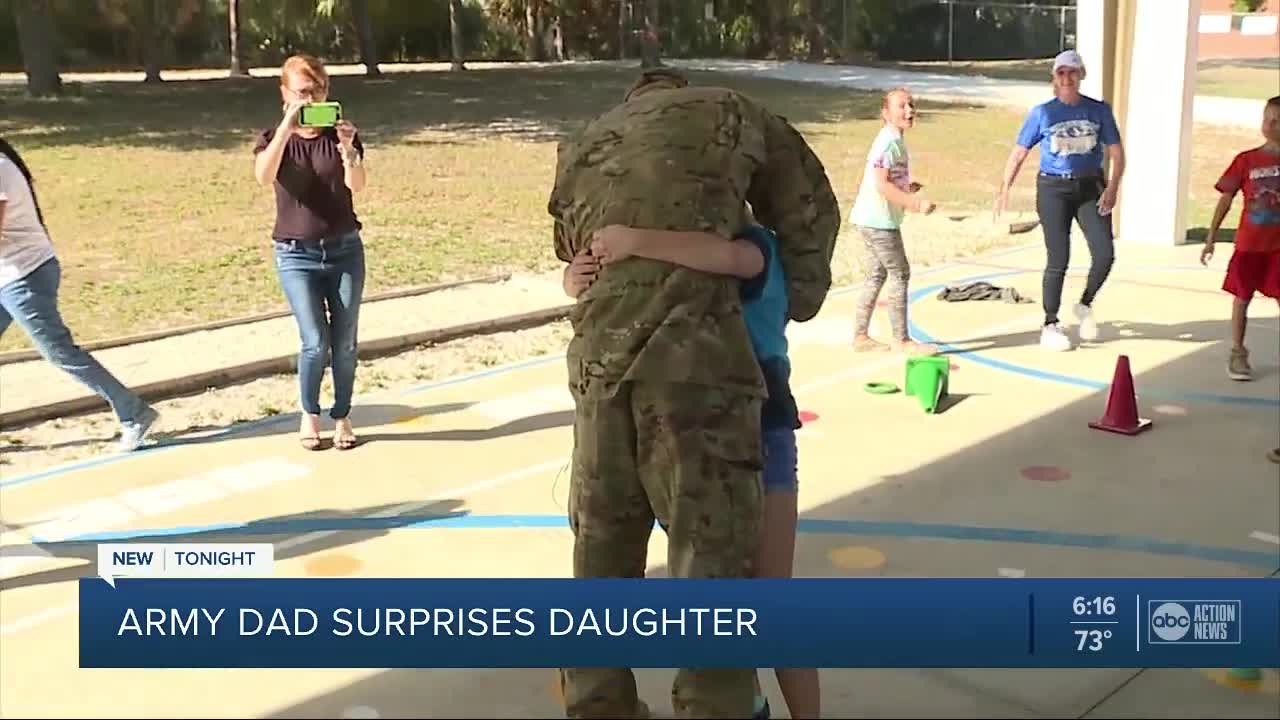 Jeffrey Dobbs, an Army dad who had been stationed in Iraq for 11 months and had missed many special events and holidays with his family while proudly serving his country, surprised his daughter at school Friday in Palm Harbor. 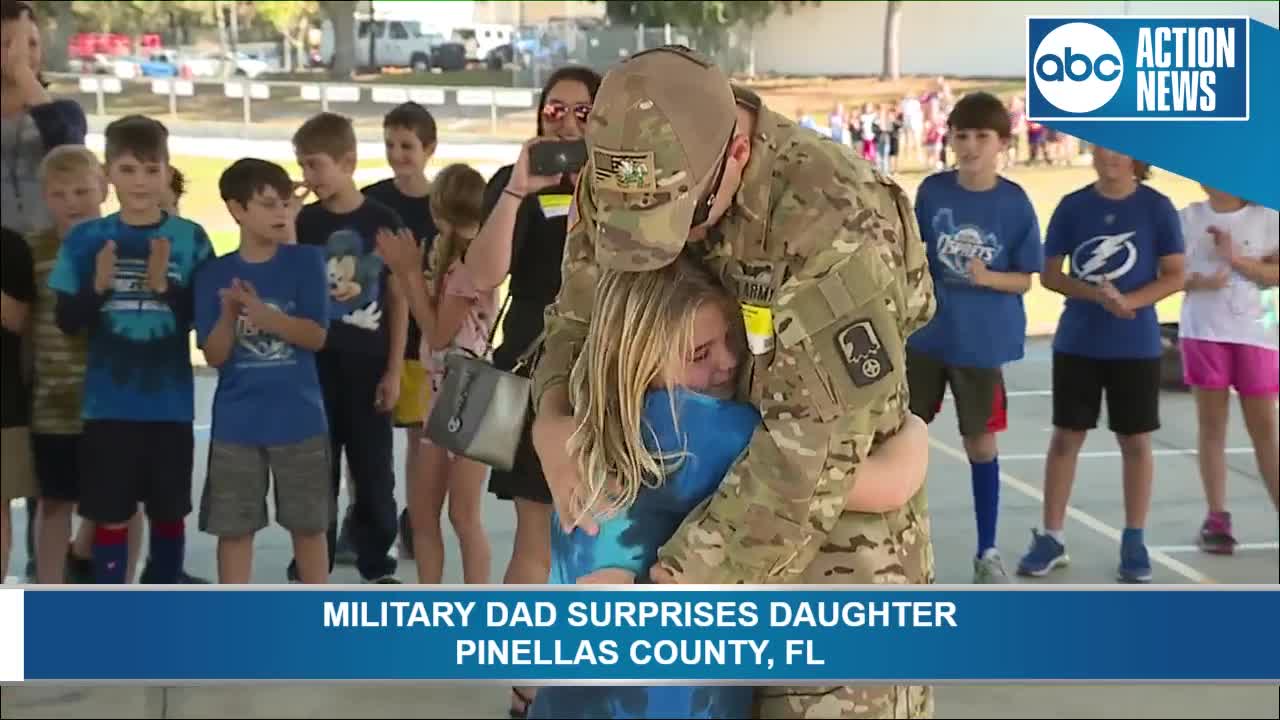 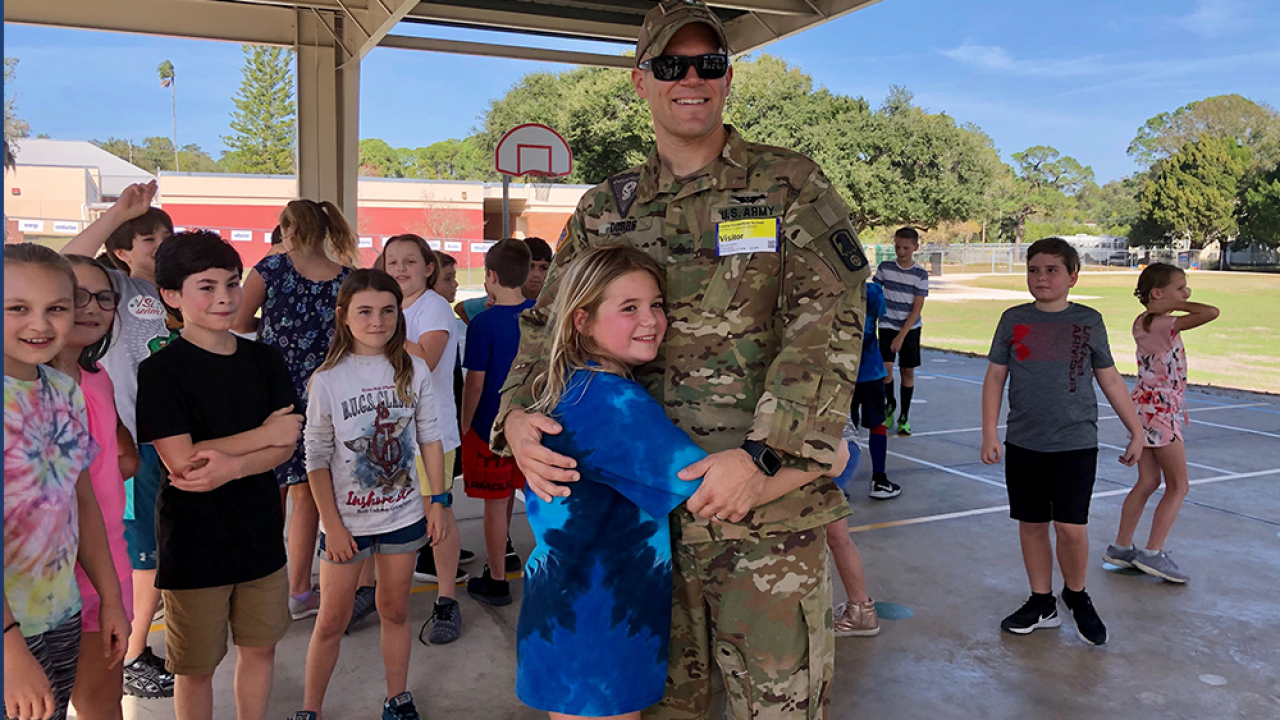 PALM HARBOR, Fla. — Jeffrey "Doug" Dobbs is an Army dad who has been stationed in Iraq for 11 months and has missed many special events and holidays with his family while proudly serving his country.

But on Friday, Dobbs got to surprise his fourth grade daughter, Lilliana, at Ozona Elementary School in Palm Harbor.

Moments before the surprise, Sergeant Dobbs couldn’t contain his excitement while walking into Ozona Elementary School. “I’m ready to get out there,” he exclaimed. “She’ll probably go crazy. She’ll run, cry, maybe I will cry too.”

9-year-old Lilliana knew her dad was coming home this weekend, what she didn’t know was that her dad would came a day early to surprise her at school!

“Hey!” Dobbs yelled once he spotted his daughter, running straight into her arms. Lilliana’s jaw dropped at the sight of her dad. “Oh my god!” she yelled. “Hey babe. Were you surprised? I missed you,” Dobbs said holding her in a tight embrace. “I missed you. I’m home,” he said sweetly.

Lilliana couldn’t get enough. She briefly rushed over to hug her mom then came right back over to her dad to squeeze him close again— as her classmates cheered.

“I’m really happy!” she said with a joyful grin.

Dobbs tells ABC Action News Reporter Sarah Hollenbeck he is rounding out his military career and cannot wait to spend more time with his family— permanently.

“How long you going to be home for?” someone in the crowd asked. “Forever,” Dobbs replied followed by boisterous cheers from students and staff at Ozona Elementary School.

Lilliana says she has a lot to fill her dad in on, including a new revelation about her younger sibling: “My brother is nuts,” she said with laughter.

While Dobbs says serving years as an Army crew chief member on Blackhawk helicopters has been a thrilling adventure, nothing compares to being home.

“I missed her and my son growing up a year basically,” he said.

“I’m so glad to see you baby,” he said to his daughter while heading out of the school Friday. “I missed you, but I’m home.”

The Dobbs family and Ozona Elementary School's principal worked together to plan the surprise, creating a sweet and emotional reunion between the dad and daughter.