Local model with Down syndrome featured across the region

Ethan Holt is the first model with Down syndrome to be featured in Surf Style stores. 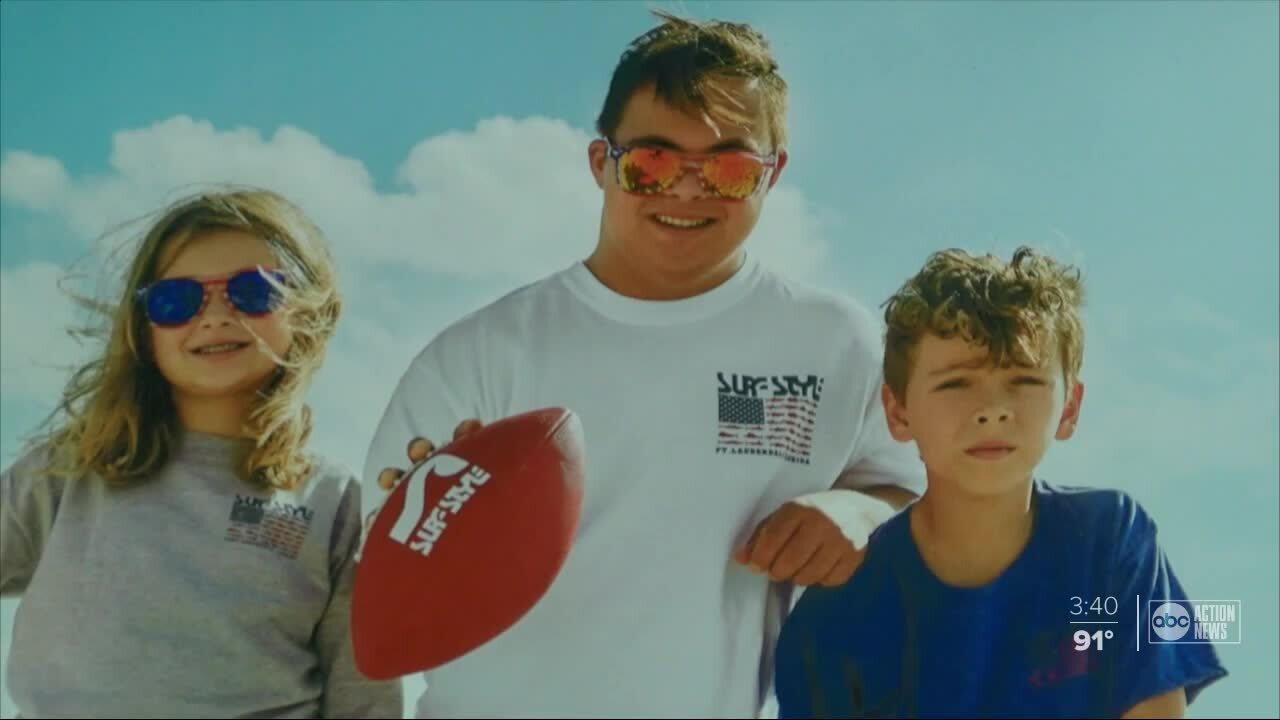 ST. PETERSBURG, Fla. -- Ethan Holt, a 17-year-old model from St. Pete with Down syndrome, is making another big splash in the advertising world for the second straight summer.

Last summer, he was featured in Surf Style’s website and social media. His smile and enthusiasm have gained so much popularity, he now has an in-store campaign.

“Wow, look at me, I’m so famous,” said Holt looking at his picture on the wall.

According to the CDC, one of four adults in the U.S. live with a disability, but the majority of advertising campaigns don’t include them.

Holt’s mom often tears up looking at his ad campaign.

“It's so very important, I think everyone needs to be represented, and a small community like the special needs community is not represented as much,” said Phoy Holt.

Holt was given the opportunity to model after auditioning for Help Us Gather, a local nonprofit organization that advocates for the inclusion of individuals with disabilities.

“A lot of our friends with special needs don’t get a chance to have a professional photoshoot,” said Ashley Richmond with Help Us Gather. “And Ethan walked in his suit and he just worked it, he was amazing and we had never met him before.”

Holt now has his photos hanging in more than 20 Surf Style stores throughout the region.

“It turned out fantastic. We’ve had a lot of outpouring from the community and he’s done a great job so far,” said Joseph Chaney, manager Surf Style’s flagship store in Clearwater.

Holt quickly became a student of the runway.

“Learn about the poses, the style, the hair,” said Holt.

He’s constantly trying to perfect his newest look and hopes to serve as an inspiration to others.