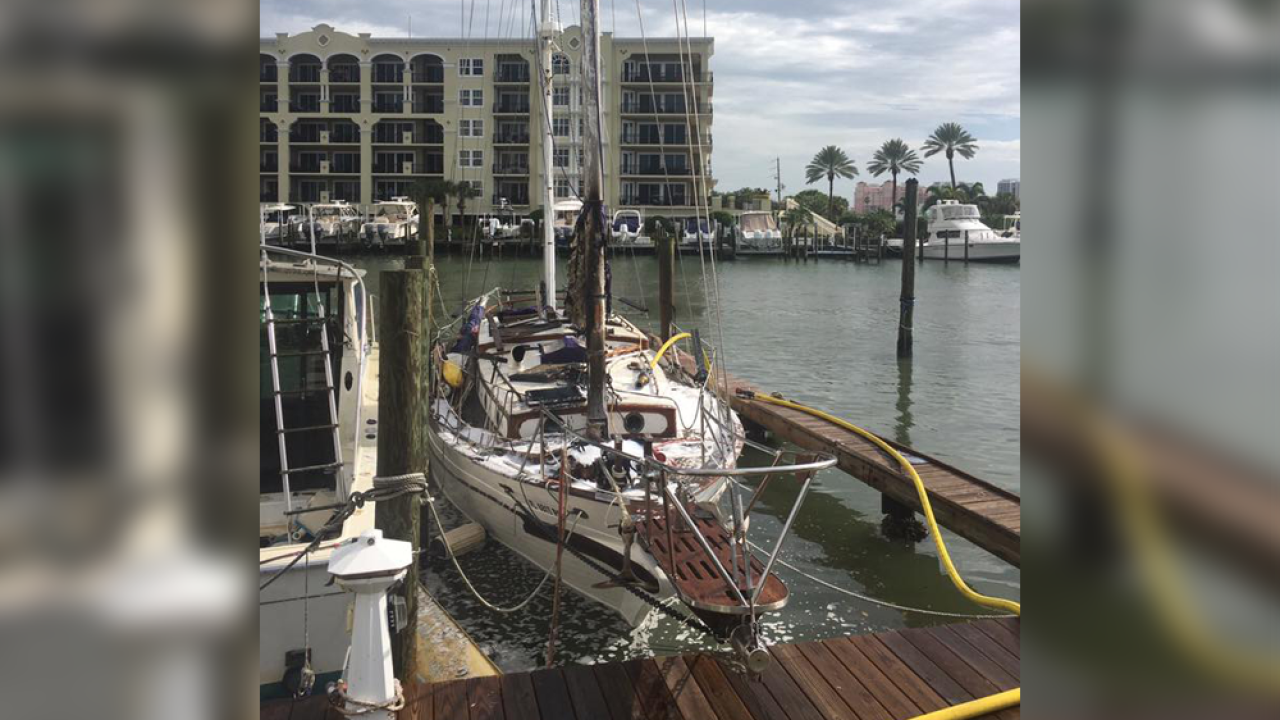 CLEARWATER, Fla. — A docked boat in Clearwater caught fire on Wednesday afternoon after it was struck by lightning, according to Clearwater Fire Rescue.

Officials say the sailboat was dock at 223 Dolphin Point on Island Estates. Fire rescue was called to the fire around 5:10 p.m.

Fire rescue officials responded and put the fire out. They say no one was injured.