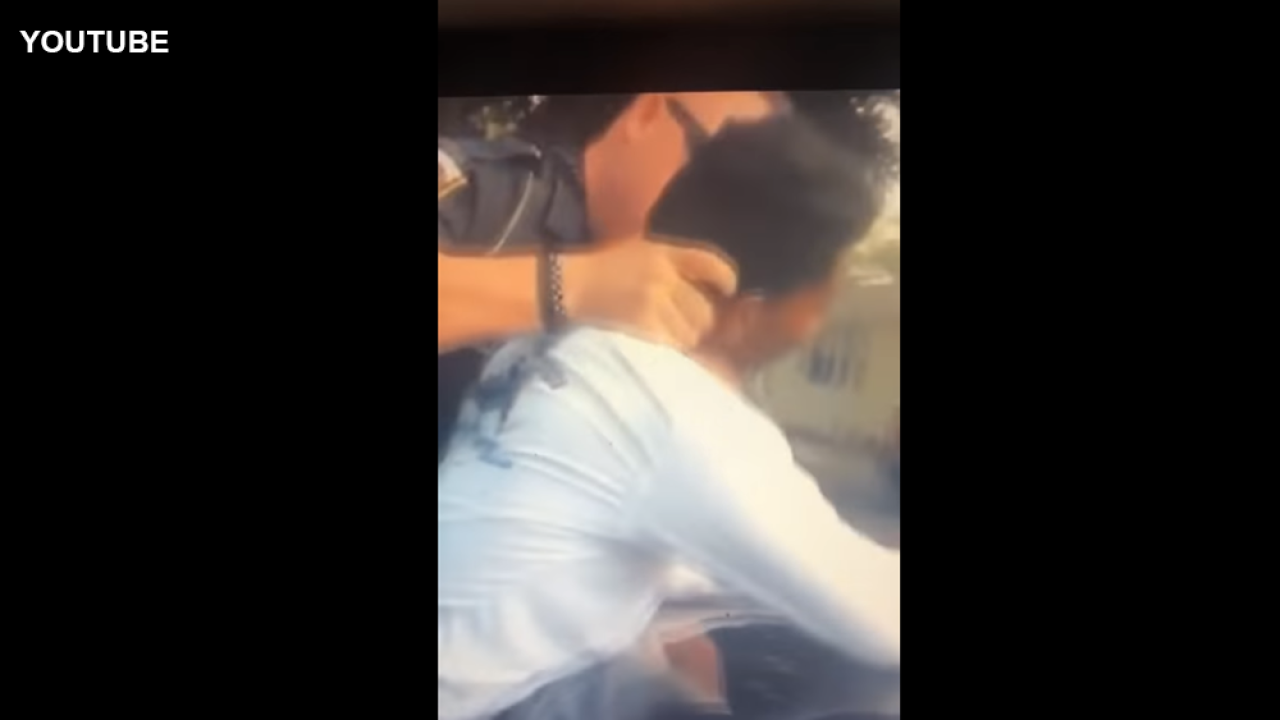 LARGO, Fla. -- A Largo police officer has been fired by the department after a cell phone video showed the officer grabbing a teenager by the neck.

The disturbing video showed the officer, identified as Brian Livernois, using profane and threatening language at a black teenager. A group of witnesses off-camera can be heard repeatedly telling the teen to "just chill," as the officer shouted "You got a problem with me?" and "I'll ******* jack you up right now," toward the teen.

In the video, Livernois later placed his right hand on the teen's arm, then moved to the right of the screen until the teen reached the front of Livernois' police cruiser. Someone off-camera can be heard telling the teen to "just chill, bro."

Livernois then said "You want to **** around with me?" and someone off-camera can be heard telling the teen to "don't resist."

Livernois can then be seen turning the teen back to the right, facing away from him and then pushing his hips and torso toward the hood of the cruiser. Livernois then grabs the teen by the back of his neck and at that point, multiple people off-camera began yelling and a white male wearing a red t-shirt ran toward Livernois to confront the officer.

The white male wearing the red shirt then yells, "Don't ******* touch him like that," Livernois is heard saying "you're going to jail."

A person off-camera can then be heard asking "for what?" as the video ends.

After the video made rounds on both YouTube and social media, the Largo Police Department conducted an investigation on Livernois as to whether he violated police conduct. On Wednesday, Largo police announced Livernois has been fired by the department.

Livernois worked with the police station since November 2012.

Largo police said the teen seen in the video is 17 years old.

"We take great pride in the positive relationship the Largo Police Department has with our community. Actions like this are not acceptable and violate the public's trust, which every employee has worked so hard to earn. This situation warranted the former officer's termination."