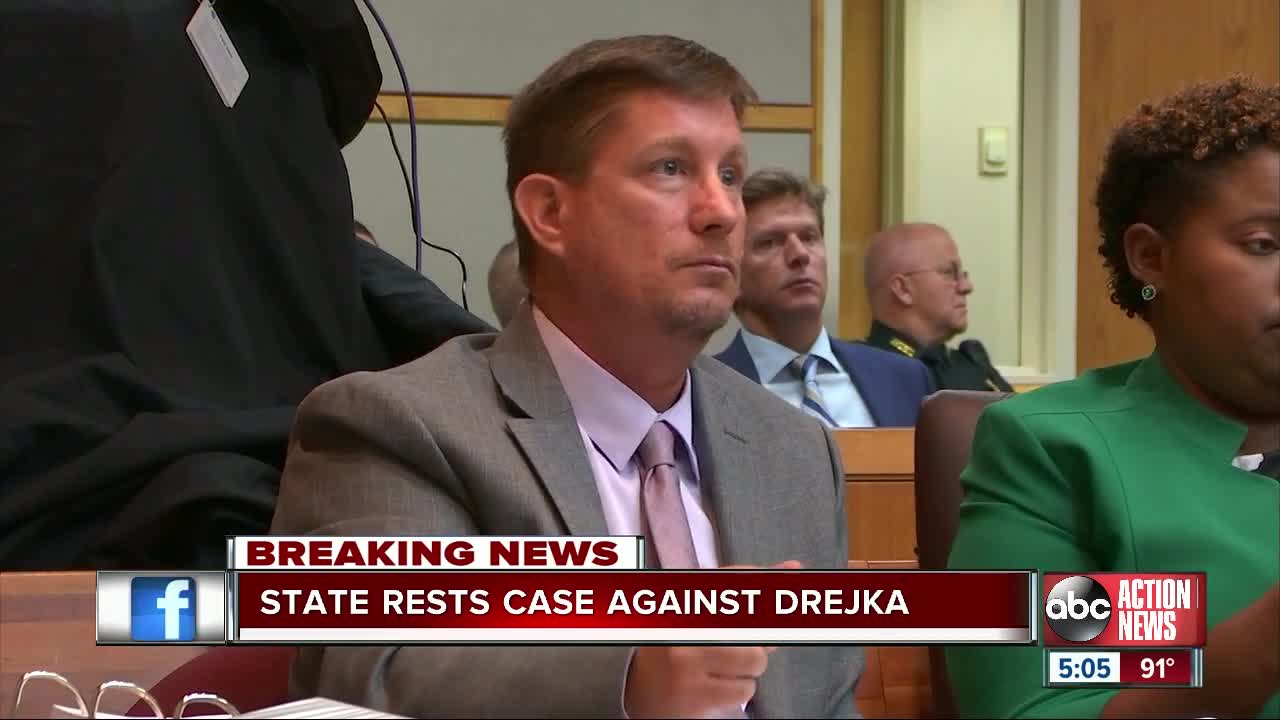 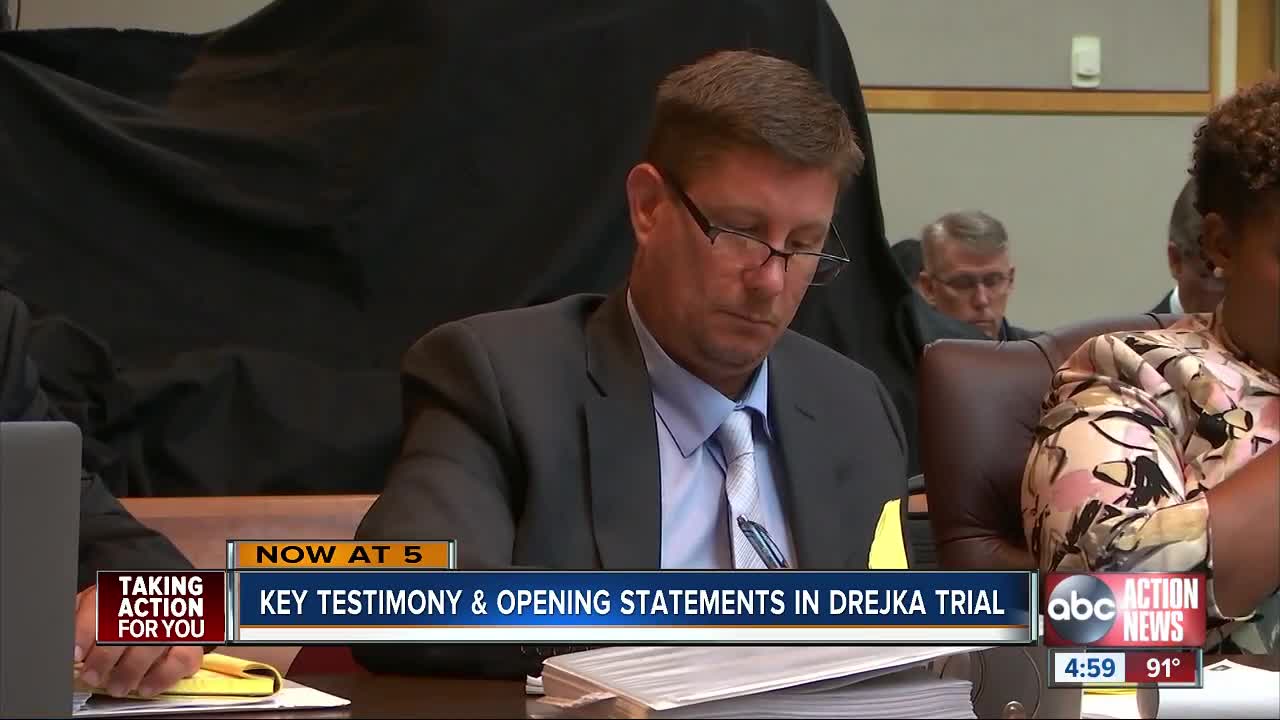 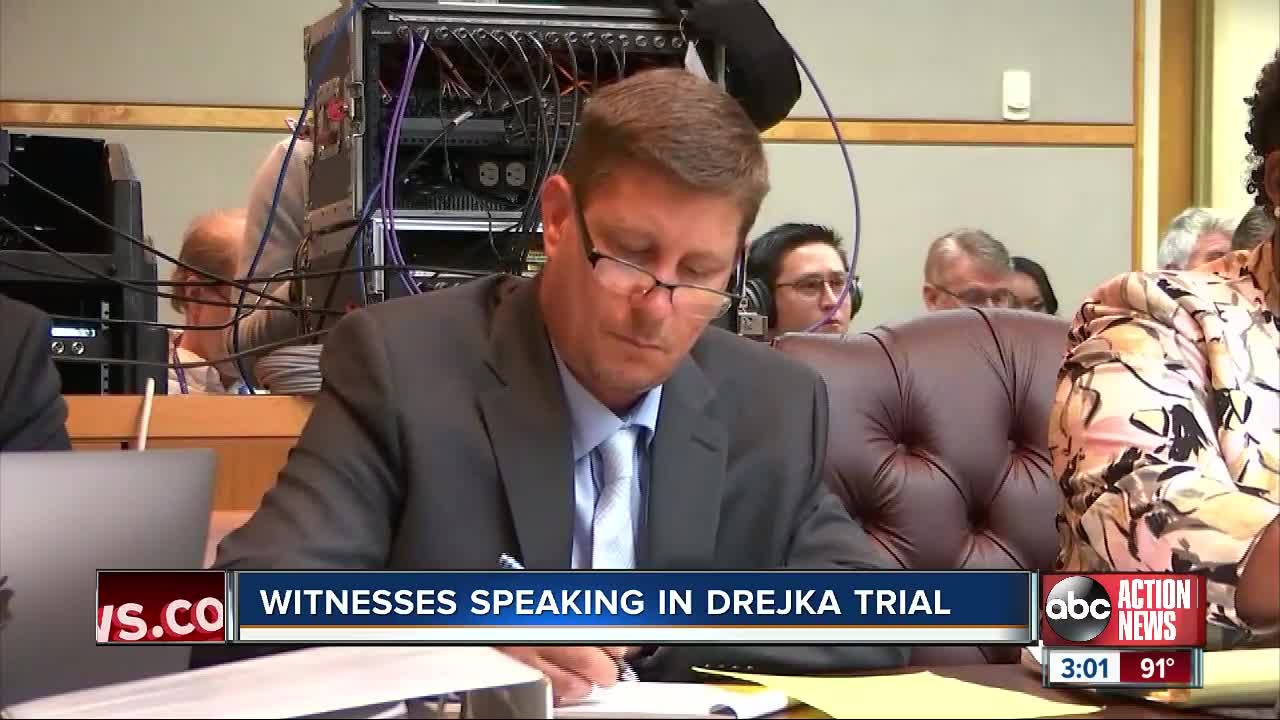 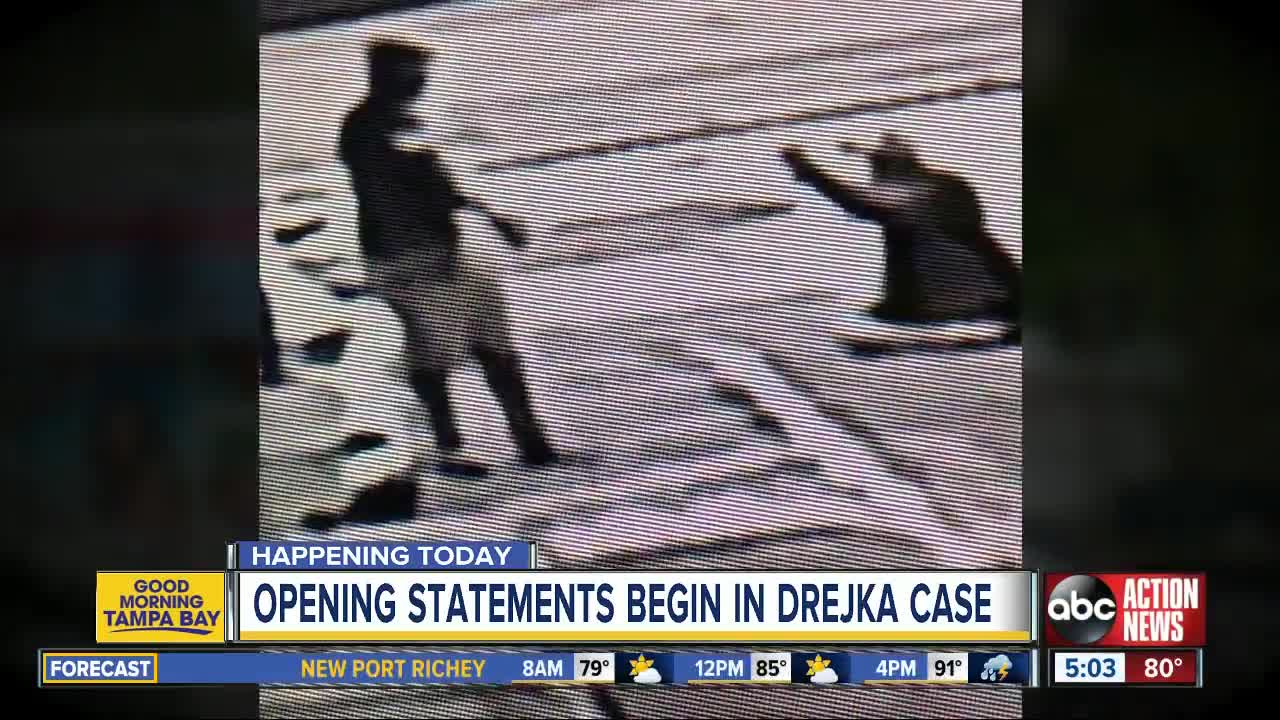 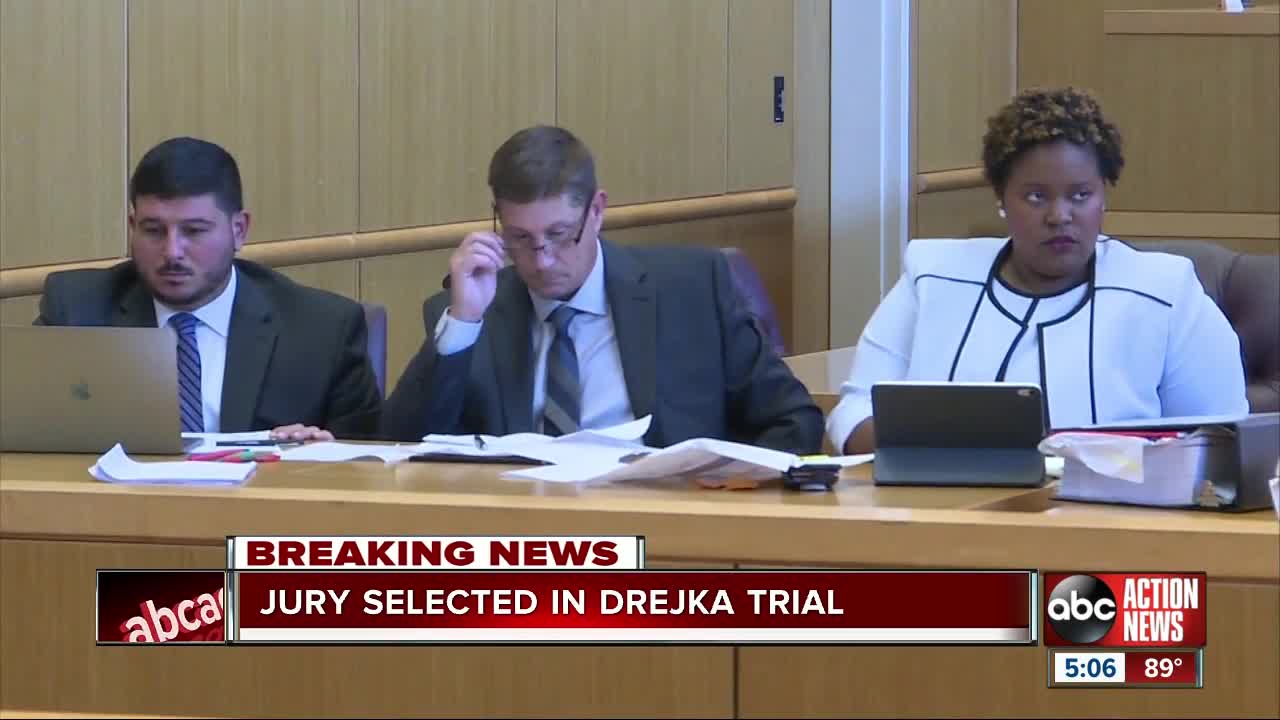 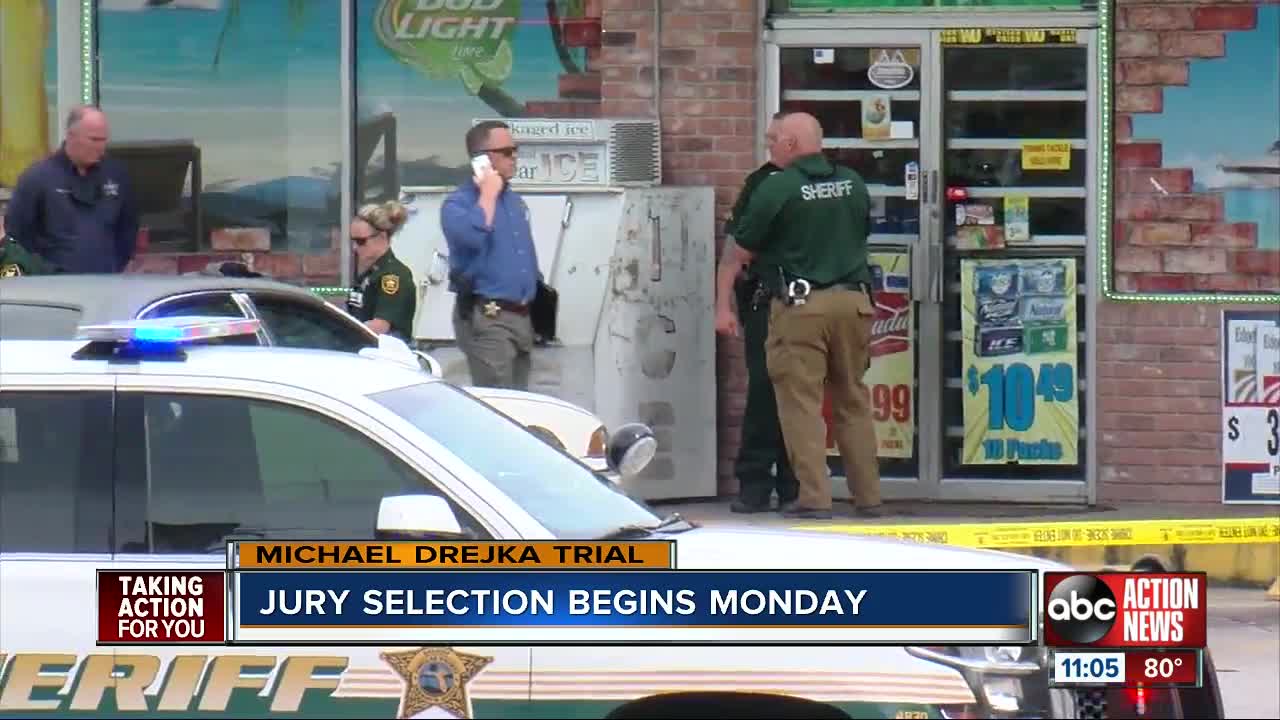 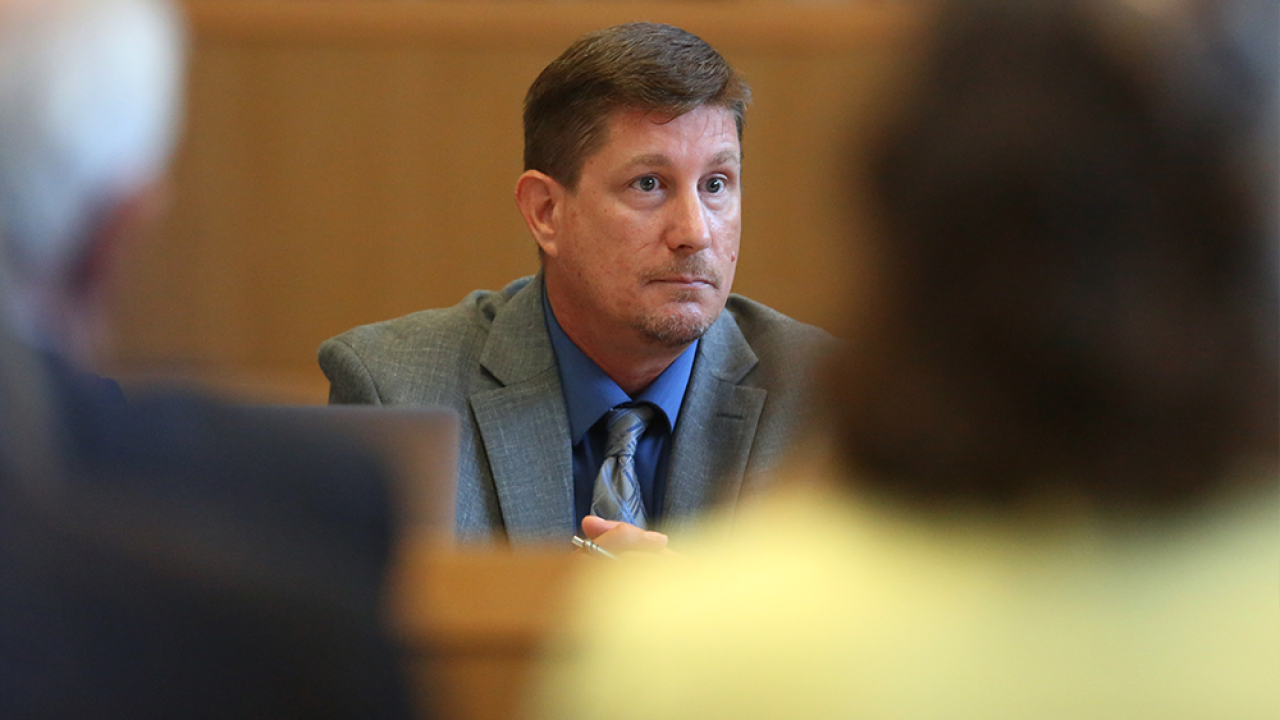 CLEARWATER, Fla. (AP/WFTS) — A prosecutor told jurors Wednesday that a white Florida man who fatally shot an unarmed black man during a dispute over a parking space had initiated a similar confrontation just months before, while his defense attorney said the shooting was in self-defense.

Daily Breakdown: Everything that is happening during Michael Drejka's trial

• The jury is made up of 6 jurors and 4 alternates

• Drejka's defense argue he was protecting himself when he shot McGlockton

• Drejka confronted McGlockton's girlfriend for parking in a handicapped spot on July 19, 2018

On July 19, 2018, McGlockton's girlfriend, Britany Jacobs, pulled their car into a handicapped parking space outside a Clearwater convenience store. She sat in the car with two of their young children, while McGlockton went inside with their 5-year-old son.

The soundless store security video shows the altercation began about a minute later. Drejka pulled up in his SUV, parking perpendicular to Jacobs. Drejka got out, walked to the back of Jacobs' car, looked at the license plate, and then went to the front, apparently looking for a handicapped sticker there. He appears to say something to Jacobs and points to two empty spaces nearby.

He then walked to Jacobs' window. He spoke from about a foot away, gesturing with his hands. Jacobs says Drejka cursed at her. A man entering the store about 15 feet (4.5 meters) away stops to look and a woman glances over.

Someone told McGlockton about the confrontation and he exited the store. He walked toward Drejka and, just as Jacobs got out of the car, shoved Drejka with both hands. Drejka landed on his back and McGlockton took a step toward him. Drejka sat up, pulled his gun from his right front pocket and pointed it at McGlockton, who took three steps back, his arms at his side. Drejka fired, hitting McGlockton, who ran back into the store clutching his chest. Witnesses said he collapsed in front of his son, waiting inside.

Pinellas County Sheriff Bob Gualtieri initially refused to charge Drejka, citing the stand your ground law. It says people can use deadly force if they believe they are in imminent danger of death or great bodily harm and have no obligation to retreat. But the law doesn't apply if the shooter instigates the initial altercation. Prosecutors believe Drejka was the aggressor and overruled Gualtieri. Circuit Judge Joseph Bulone rejected an attempt by Drejka's attorneys to call Gualtieri as a witness.

Prosecutors will be allowed to call a truck driver who says Drejka threatened to shoot him months earlier in a confrontation over the same parking spot. They will also be allowed to play the video in slow motion, to show that McGlockton was retreating. Drejka's attorneys have argued he didn't have that ability during the seconds between being pushed to the ground and the shot being fired.