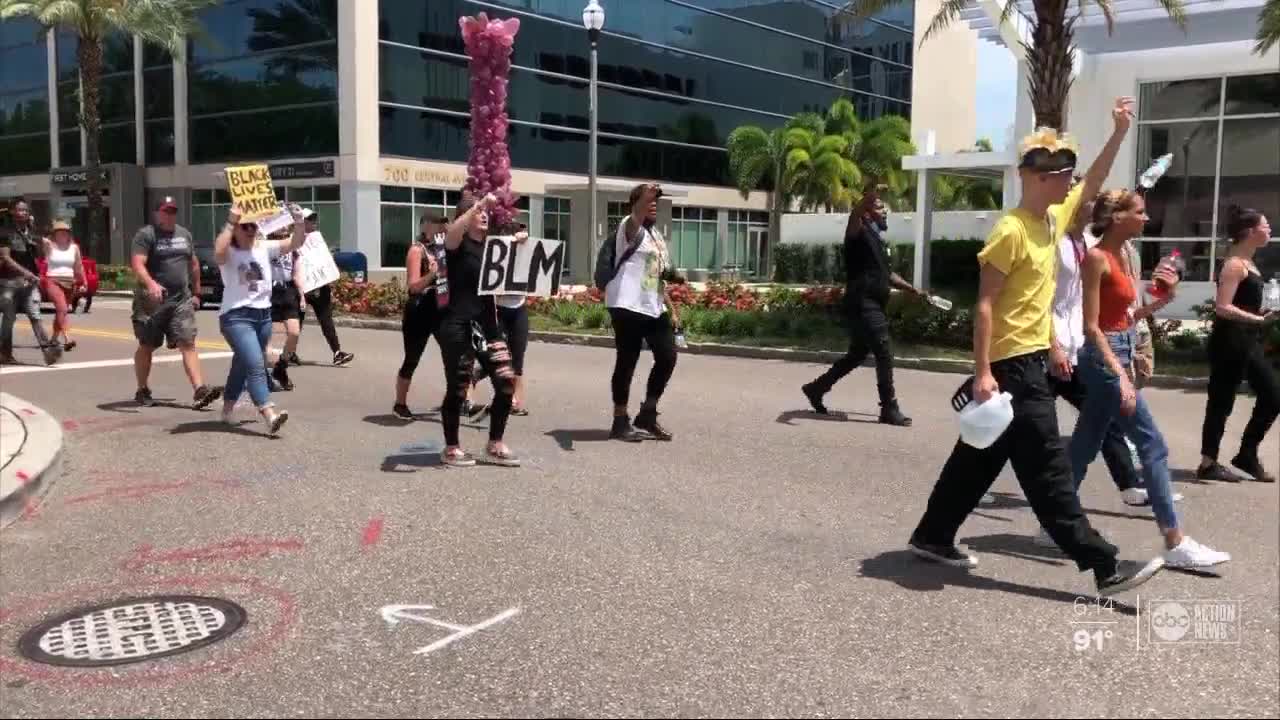 Hundreds of protesters gathered around the St. Petersburg Police Department 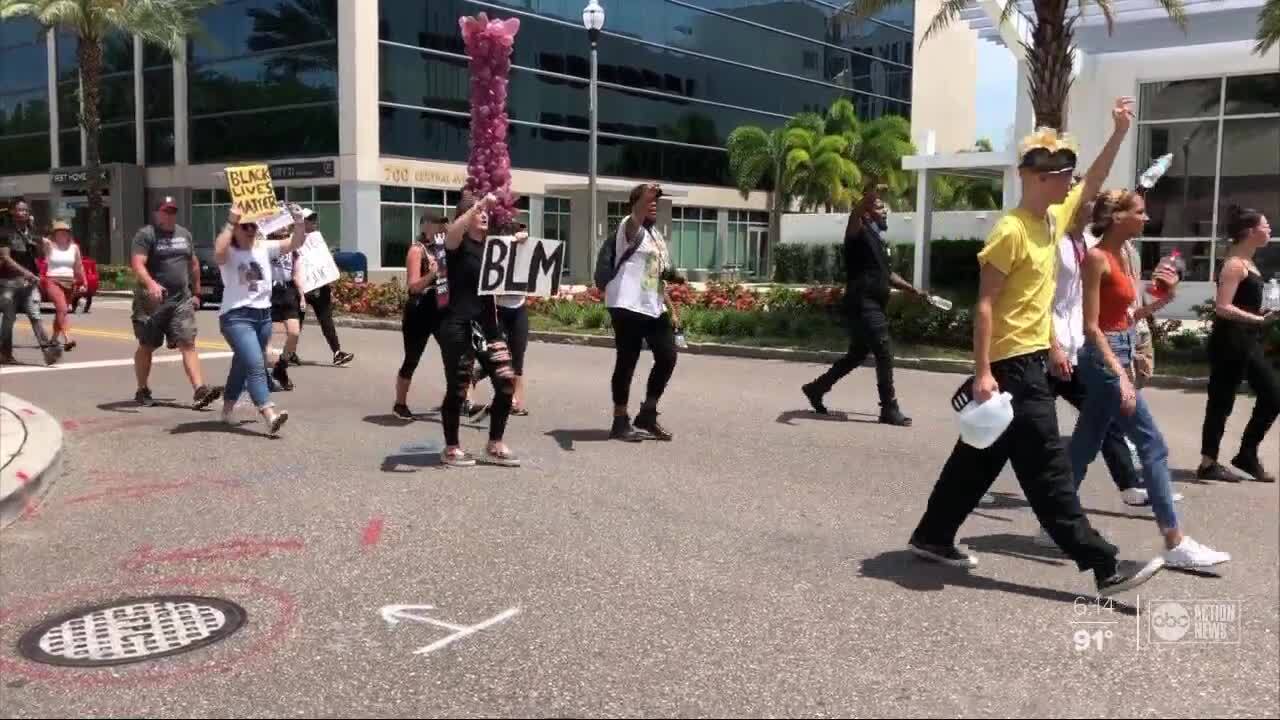 ST. PETERSBURG, Fla. — More than 100 people protested outside the St. Petersburg Police Department Sunday while the chief and mayor held a press conference.

As the temperature rose, so did people’s tempers. They wanted to make sure the officers heard their concerns.

“When we are seeing the continued killing of unarmed black men, it is troubling,” said Carla Bristol.

“I saw the footage and it raised me, so I have to not be a coward and stand up for my people,” said Will Breeze.

“I realize that the racism that I thought was behind us is alive and well, and had only been under the surface for a very long time,” said Jennifer Griffith.

Caprice Edmund has four children between the ages of 6 and 19. She’s having a difficult time explaining to them what’s going on in the country right now.

Inside the police station, the chief said he understands their anger.

“If you are protesting peacefully we want that, we welcome that,” said Chief Anthony Holloway.

Later in the afternoon, protesters began their march downtown past city hall, attempting to block intersections.

Inside the emergency operations center, police manned phones and kept an eye on the march. They were ready to intervene, but were trying not to.

“If you violate the law, break the law, damage any property, do anything to anyone of our citizens or one of our police officers you are going to jail,” said Holloway.

Mayor Rick Kriseman said so far, he is proud of his city and hopes they remain peaceful.

“When it started getting a bit problematic last night it wasn’t St. Petersburg it was people from outside the community,” said Kriseman.