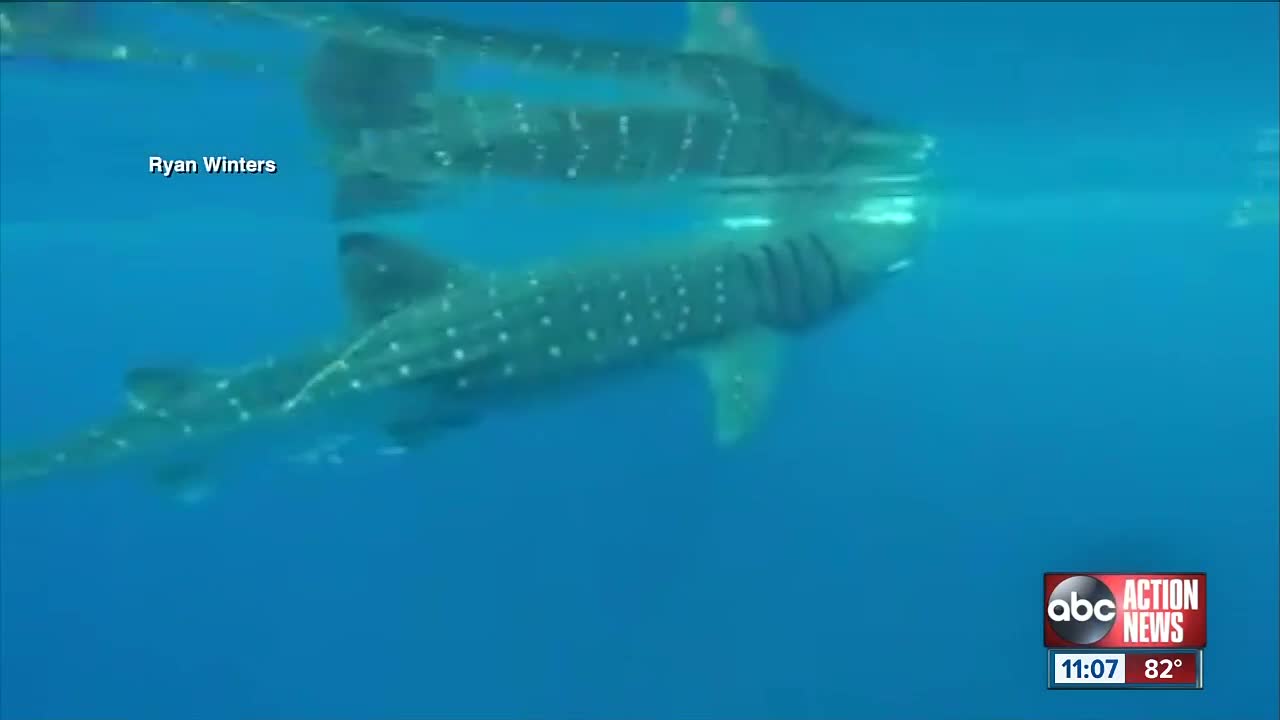 Ryan Winters spotted a whale shark while boating with two of his friends. He grabbed his GoPro and jumped in the water. His video captured the entire encounter. 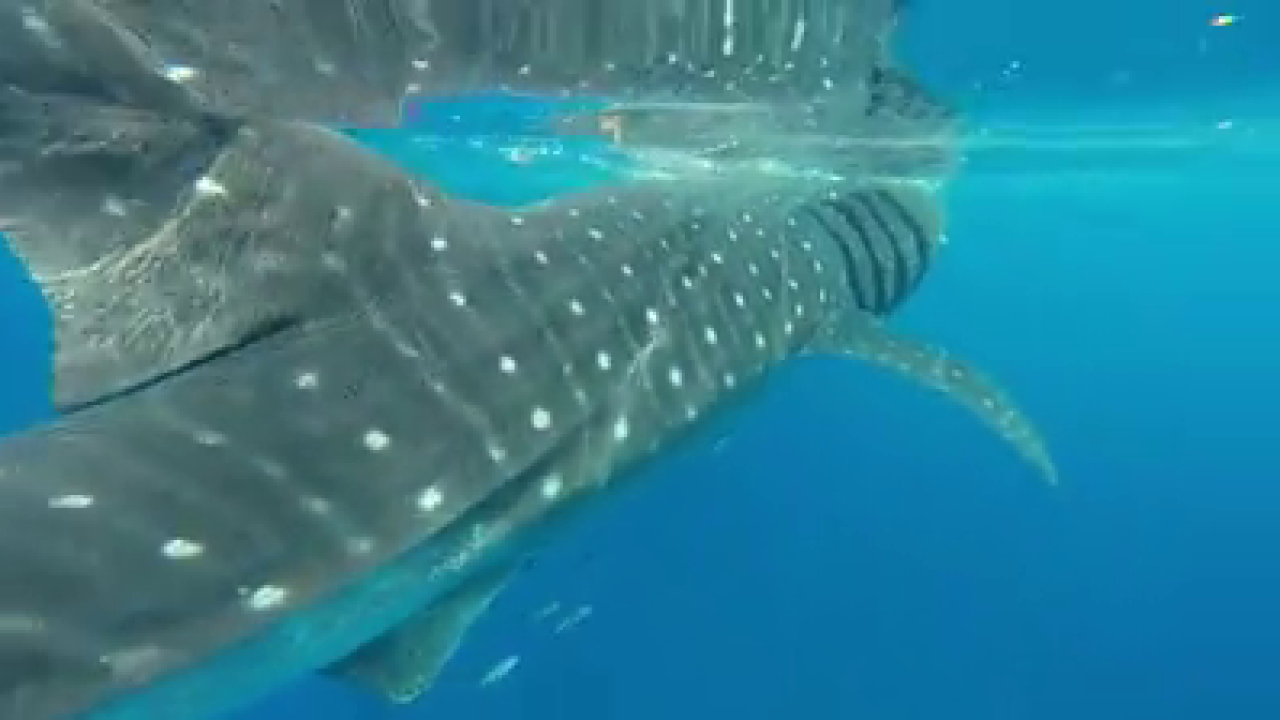 ST. PETERSBURG, Fla. — A Hillsborough County man captured his encounter with a whale shark on his GoPro.

Ryan Winters went spearfishing with two of his friends on Saturday. They spotted a whale shark about 30 miles off the coast of Fort De Soto.

"We cut the engine and made sure he got a good distance away before we jumped in the water," said Ryan Winters.

A local diver spots a whale shark off the coast of Fort De Soto. He captured his encounter with a GoPro. Mote Marine is asking people to report all sightings within 24 hours by calling 941-388-1827. pic.twitter.com/jhSZYdtNAv

Whale sharks are the largest fish in the sea. They can grow to more than 40 feet long. They are considered harmless to humans and have been found to interact gently with divers, according to wildlife officials.

Winters said he swam with the whale shark for nearly an hour. He stayed behind the shark the entire time.

"He is feeding so we always made sure we were behind him because he was just opening his mouth and scooping large amounts of plankton," said Winters.

Whale sharks are not commonly observed very close to shore in Florida, according to Florida Fish and Wildlife Conservation Commission.

They eat everything from plankton and crustaceans to fish eggs and schooling fish. Biologists said whale sharks are docile, filter-feeding animals. They recommend staying at least six feet away and watch out for their large tail.

Winters said his friends made sure the boat remained a safe distance away. Winters used to work for the U.S. Coast Guard and he dives regularly.

"I've encountered bull sharks underwater while diving and spearfishing, those made me little nervous, but the whale shark, I felt very safe," said Winters.

"It was a once in a lifetime experience and I would definitely do it again if I got the opportunity," he added.

Mote Marine Laboratory is asking people to report all whale sightings within 24 hours.

"We have placed satellite-linked tracking tags on numerous whale sharks at a major feeding aggregation off Mexico's Yucatan Peninsula in the past decade, but it's rarer that we can find and tag these huge fish off Florida's Gulf Coast," said Dr. Bob Hueter, Senior Scientist and Director of the Center for Shark Research at Mote.