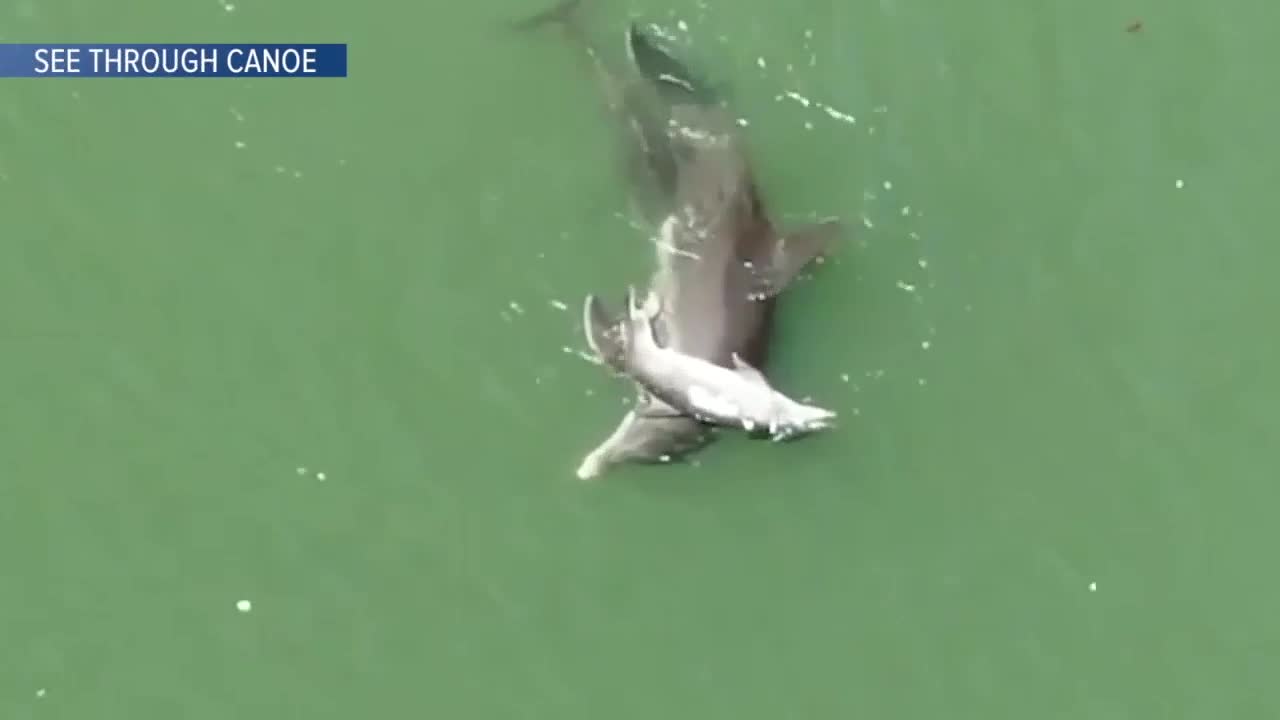 A heart-wrenching Florida video has captured a mother dolphin grieving over the death of her baby calf and trying to carry it above the water. 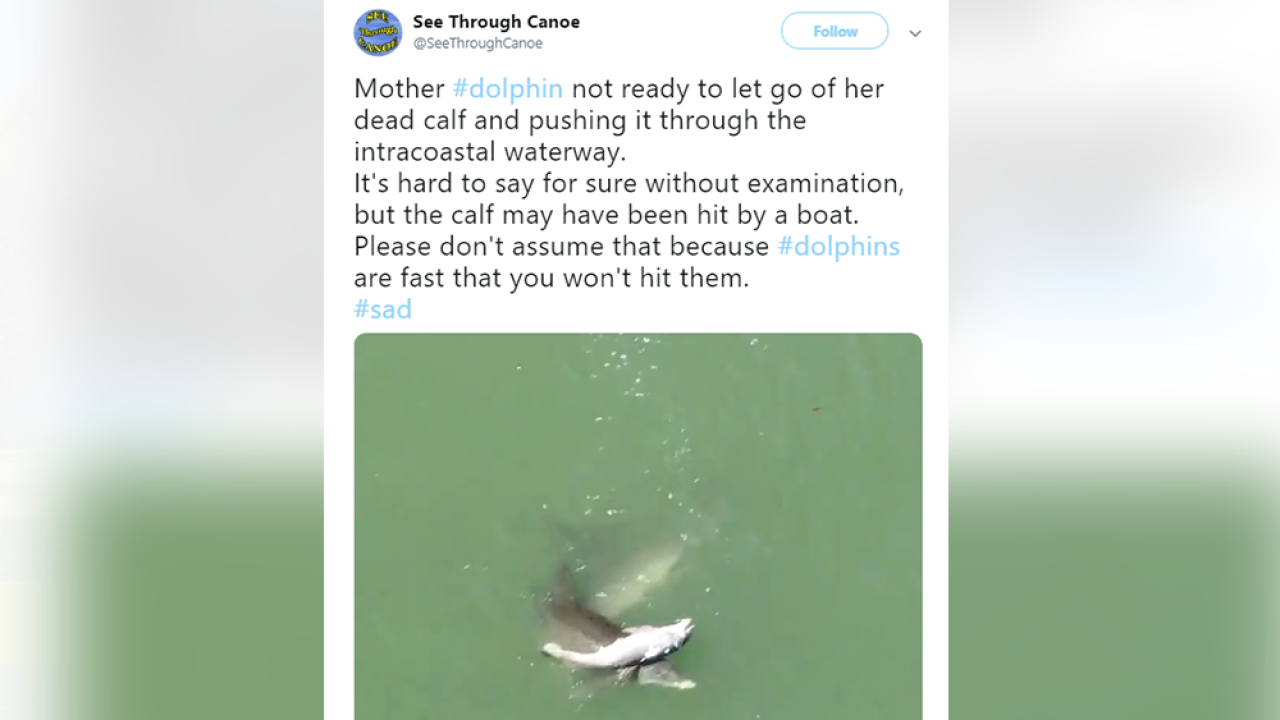 CLEARWATER BEACH, Fla. (AP) — A heart-wrenching Florida video has captured a mother dolphin grieving over the death of her baby calf and trying to carry it above the water.

The mother dolphin rolls over several times with the baby and a second dolphin is also seen trying to help keep the calf afloat in the intracoastal water near Clearwater Beach.

Mother #dolphin not ready to let go of her dead calf and pushing it through the intracoastal waterway.

It's hard to say for sure without examination, but the calf may have been hit by a boat. Please don't assume that because #dolphins are fast that you won't hit them. #sad pic.twitter.com/Le2MAwvPIB

The video was captured by St. Petersburg company See Through Canoe and quickly gained traction after it was posted to Twitter on Monday. The company tweeted they had seen a lot of boaters nearly run over dolphins over the weekend and warned boaters to slow down.

The Tampa Bay Times says grief among aquatic mammals has been documented in numerous studies. The journal Zoology says dolphins often hold onto the body of a calf long after death.