GoFundMe takes down fundraiser made by mom accused of killing baby, will issue refunds 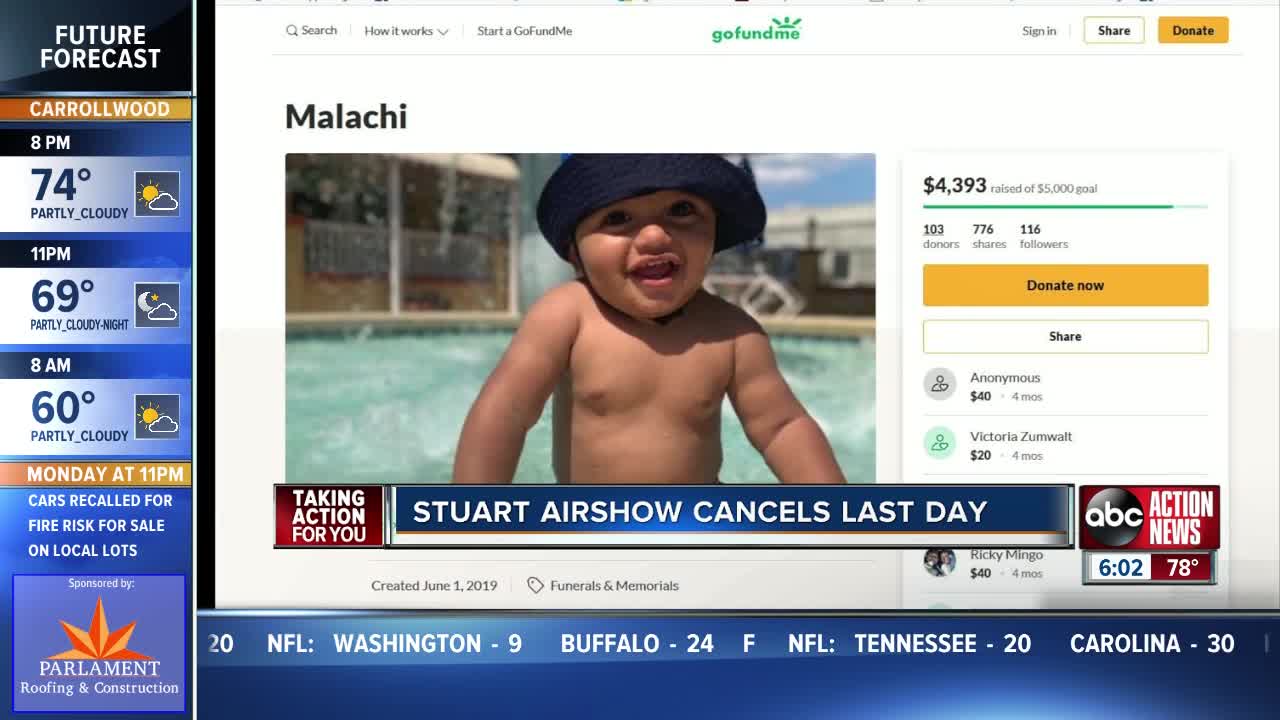 The fundraiser made by a Clearwater mother accused of murdering her 10-month-old baby has been taken down and refunds will be issued to those who donated, GoFundMe said on Sunday. Story: https://wfts.tv/2JLy9l4 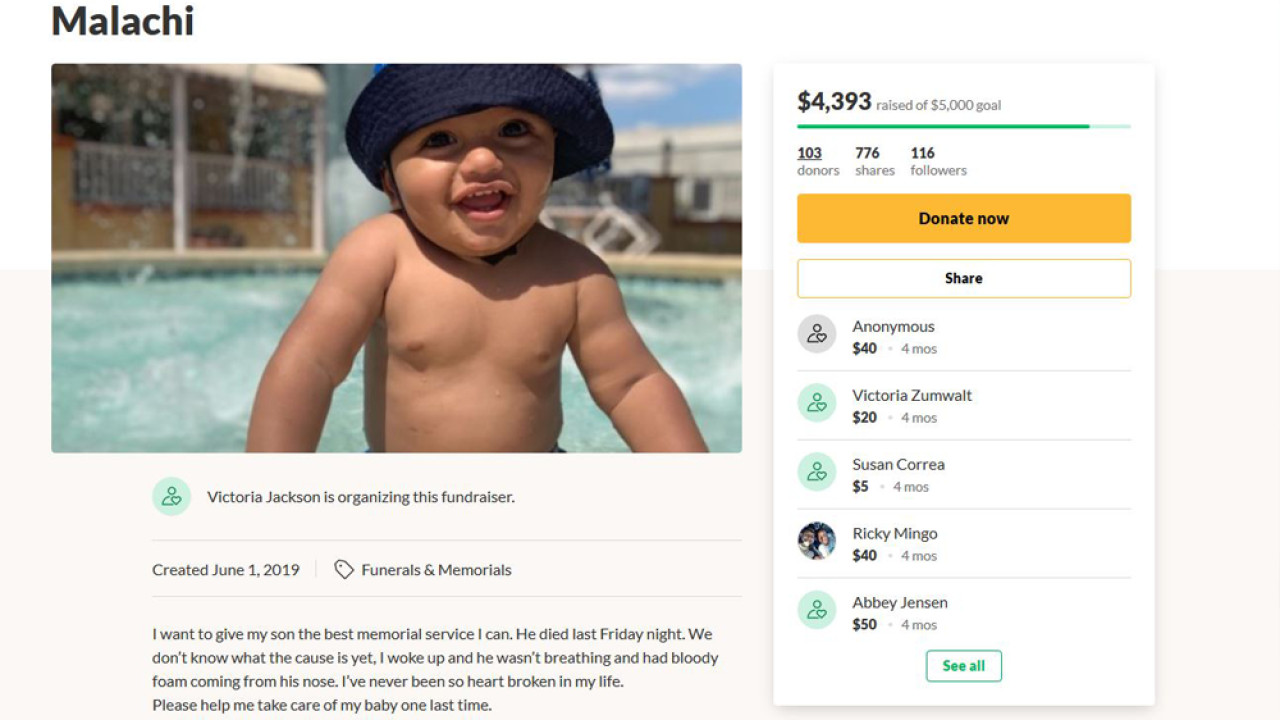 CLEARWATER, Fla. — The fundraiser made by a Clearwater mother accused of murdering her 10-month-old baby has been taken down and refunds will be issued to those who donated, GoFundMe said on Sunday.

Victoria Jackson, 24, is facing a first-degree murder charge after she confessed to placing a pillow over her son's face and asphyxiating him, police say.

Jackson called 911 at 9:20 p.m. on May 24 to say she found 10-month-old Malachi unresponsive in his crib, according to an arrest report. He was taken to the hospital and pronounced dead at 10:36 p.m.

Jackson made a GoFundMe for funeral expenses on June 1.

"I want to give my son the best memorial service I can. He died last Friday night," the description read in part. "I've never been so heart broken in my life. Please help me take care of my baby one last time."

Detectives were contacted on Oct. 30 by a friend of Jackson's who said she confessed to them that she intentionally suffocated her son, the arrest report says.

After police conducted a controlled phone call to Jackson, during which they say she made incriminating statements, she was arrested on Friday. She admitted to suffocating Malachi with a pillow while he slept, according to police.

The GoFundMe set up by Jackson made more than $4,000 before it was taken down sometime on Saturday.

"Tragedy is a time where you need to be the most compassionate and loving and kind and she totally just took advantage of that," said Marah Gonzales. "No one knew the real story of what happened other than her and whatever friend that she told."

Gonzales said she knew Jackson in high school, and donated to the fundraiser.

"It was just kind of so manipulative to the point she was consistently reaching out and consistently like please donate to this, and this, but with very very little details," Gonzales said.

On Sunday, GoFundMe said they started the refund process to donors.

"It's important to know that the platform is backed by the GoFundMe Guarantee, which means all donors are full protected by a refund policy," the company said.

"It’s definitely a tragedy, but it’s definitely like a sobering thing to understand things like this do happen and it’s tragic," Gonzales said. "It’s how can we as a community get better from it, like how can we grow from it."