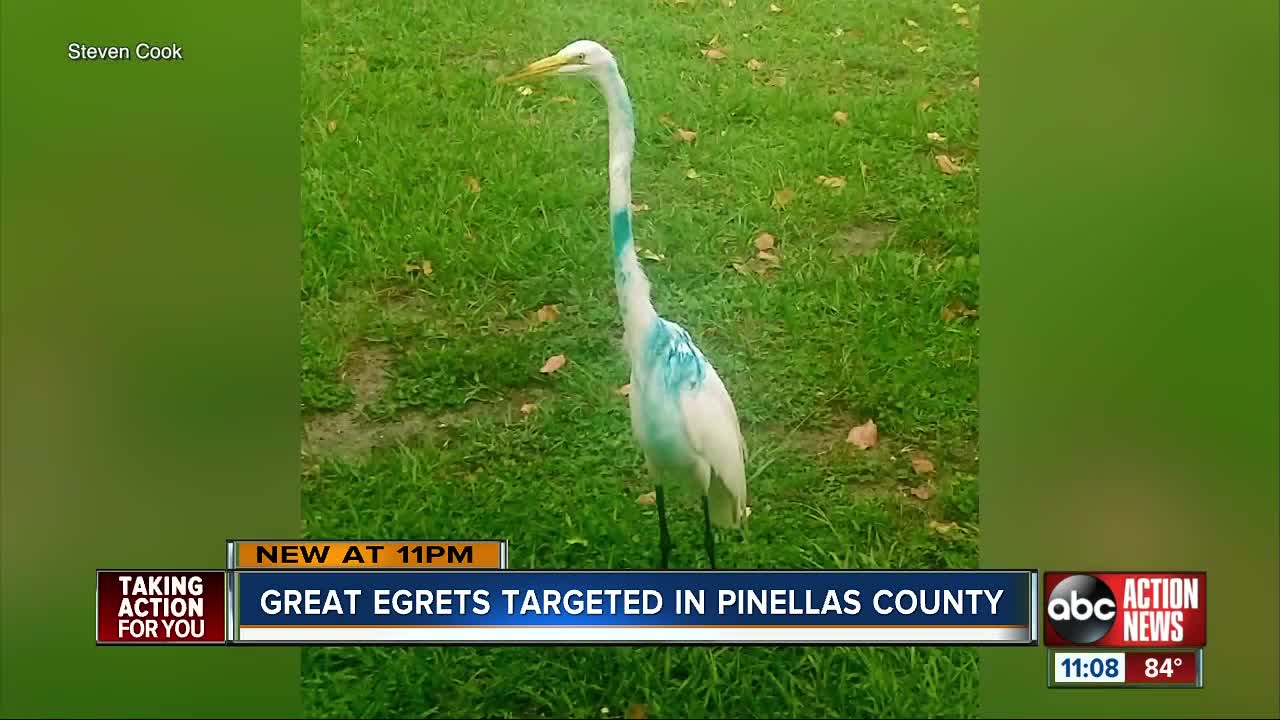 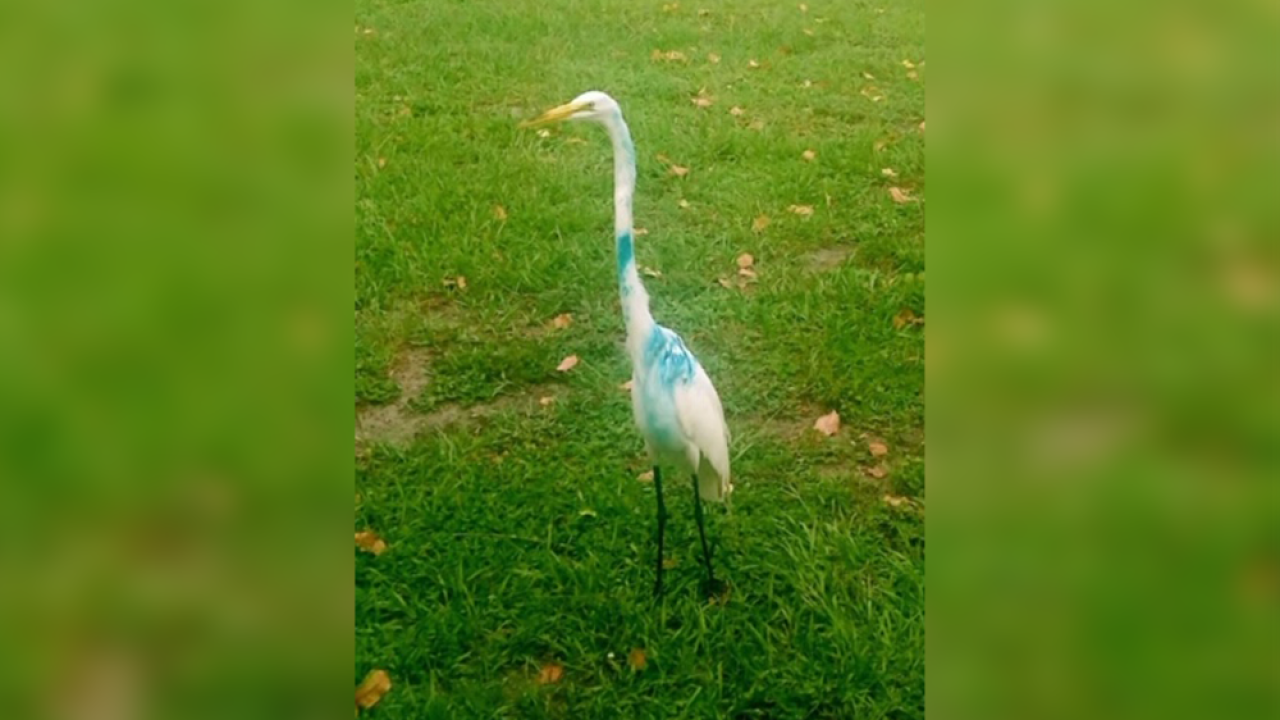 SOUTH PASADENA, Fla. — The Florida Fish and Wildlife Conservation Commission is investigating great egrets in Pinellas County that are being found covered in paint, apparently struck by paintballs.

A neighbor, Steven Cook, took photos of the birds on Pinellas Way South. He saw multiple birds with paint splattered on them.

"They were showing up with all kinds of different colors, blue, green, yellow and pink," said Steven Cook.

Cook called FWC in July to report the birds he found with paint on them. But, he says it's still happened.

Wildlife experts said a paintball strike is enough to kill an egret. The impact can cause internal bleeding or significant bruising.

"After a week or so, the color will start washing off because they go in the water fishing and stuff. So it kind of washes off of them and it gets pale, but when they're first hit, it's very bright," said Cook.

"I figured $500 is $500 to some people and, unfortunately, that's probably the only way somebody is going to get caught," said Cook.

The FWC's Division of Law Enforcement is currently investigating this report and encourages anyone with additional information to report it to the FWC's Wildlife Alert Hotline at 888-404-3922.