Egrets in South Pasadena neighborhood being hit by paintballs 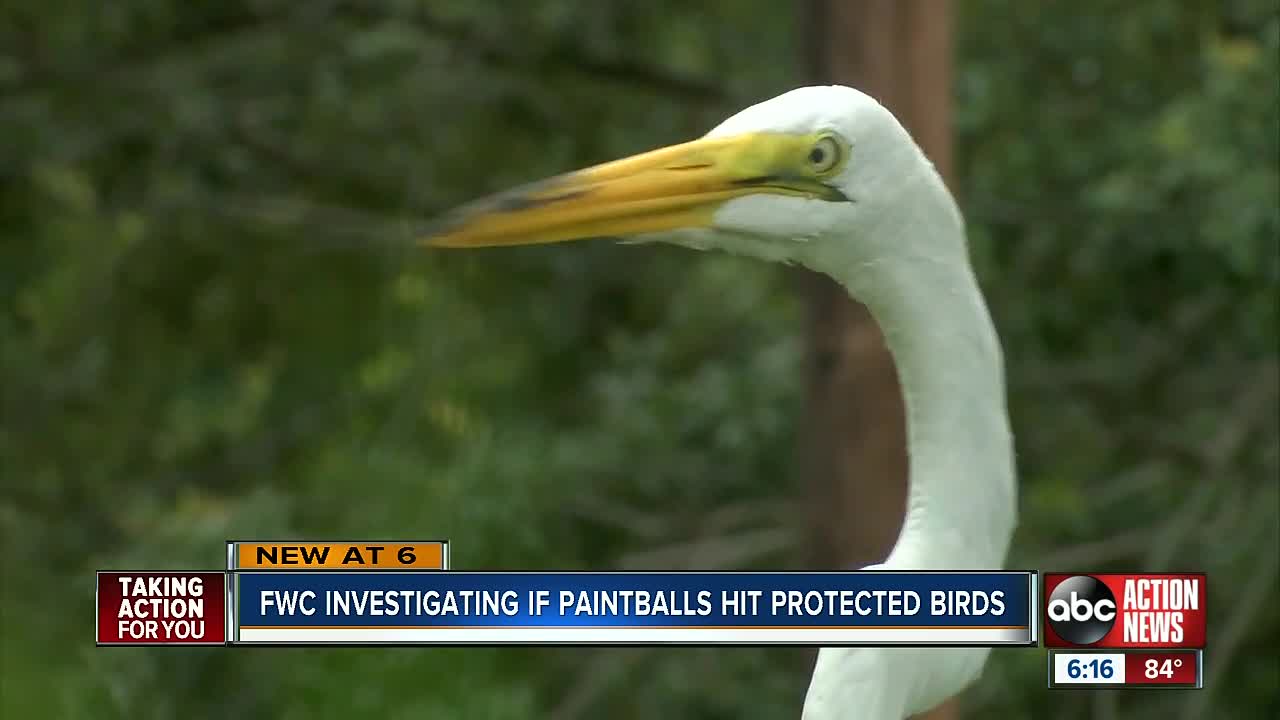 Every single morning, in Steven Cook’s south Pasadena neighborhood, he watches and waits for a group of egrets that eat breakfast in his front lawn. 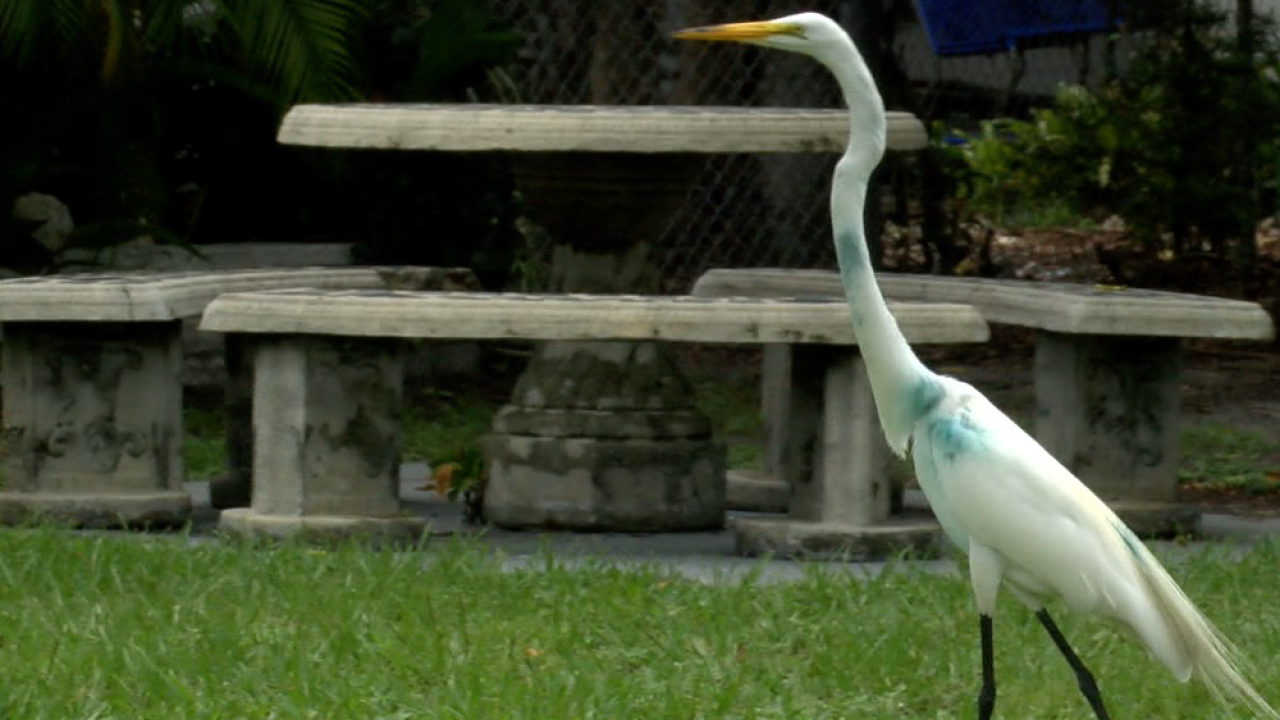 SOUTH PASADENA, Fla. — Every single morning in Steven Cook’s south Pasadena neighborhood, he watches and waits for a group of egrets that eat breakfast in his front lawn.

"They’ll hang out on the roof here,” he said, as he pointed to the top of his house. “They’ve become like family to us, you know?”

He has named all of them, including Girdy who decided to fly in as ABC Action News reporter Heather Leigh was in mid-conversation with Cook.

"My mother watched over them and she made me promise when she died that I would watch over them,” he said, laughing.

But lately, Cook has noticed something strange.

"They’ve been hit with paintballs or something — yellow, red, blue, green,” he said. "I just don’t understand how anybody could hurt a harmless beautiful creature. There’s just no sense in hurting them other than to be and uncaring for creatures."

"The big question is why?” she asked. "I can’t think of anything else that will cause those marks and I’m just wondering why anybody wants to bother them.”

Girdy seems to be okay, with no injuries to the wings or legs, but Begay says a paintball strike is enough to kill an egret. The impact can cause internal bleeding and significant bruising and the paint could even be toxic.

"They’re running out of habitat, they’re doing their best to survive and it’s not easy for them out here and they do not need this on top of just trying to survive every day,” Begay said. "These are very fragile, delicate birds even though they’re tall."

Florida Fish and Wildlife is investigating and says it is illegal to abuse or hurt state protected egrets, herons, and other wading birds.

They sent a statement to remind folks a lot of birds in the State of Florida are protected.

"I just hope whatever is happening stops,” said Cook.