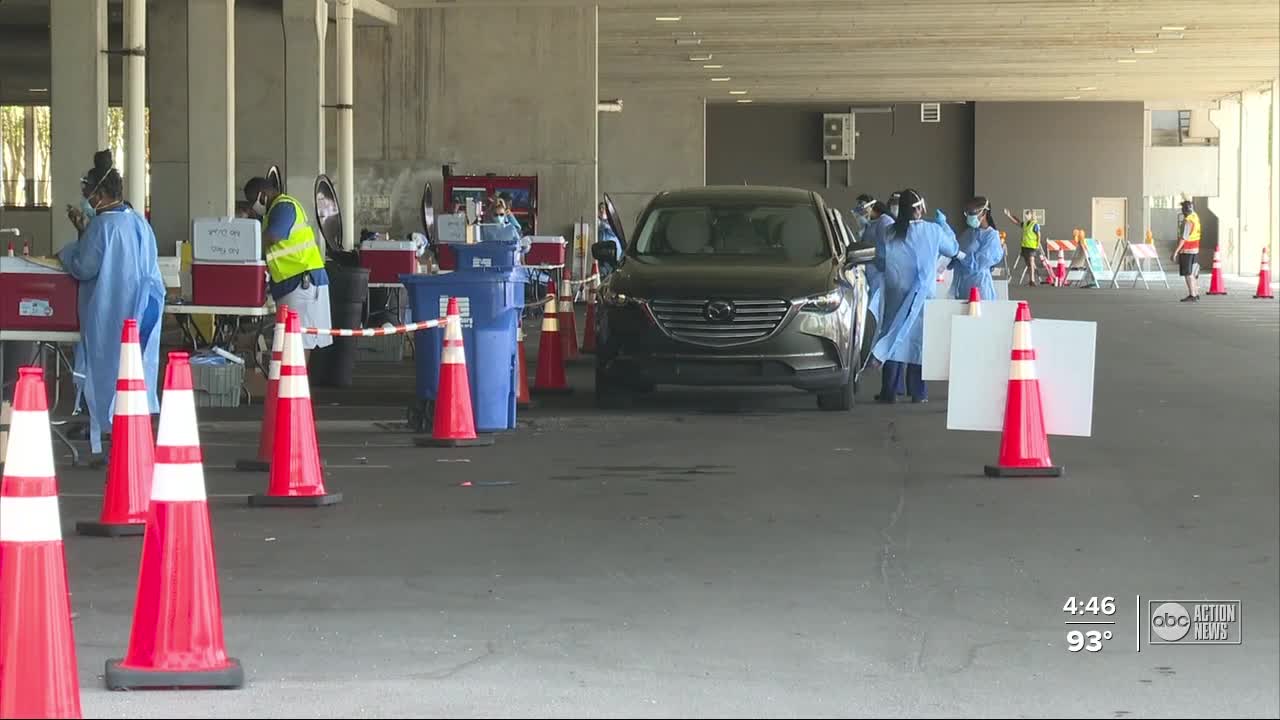 Four test sites in Pinellas Park, Clearwater and St. Petersburg operated by the Community Health Centers of Pinellas were forced to close early Wednesday and Thursday, July 15-16, and will stay closed Friday, July 17 and Monday, July 20. PINELLAS COUNTY, Fla. — You now have fewer places to get tested for COVID-19 in Pinellas County.

Four test sites in Pinellas Park, Clearwater and St. Petersburg operated by the Community Health Centers of Pinellas were forced to close early Wednesday and Thursday, July 15-16, and will stay closed Friday, July 17 and Monday, July 20.

Operators at the COVID-19 testing site are blaming a nationwide shortage of testing supplies.

The Community Health Centers of Pinellas average 360 tests a day, according to Florida Department of Health records.

So, will those site closures overwhelm other test sites?

The Florida Department of Health in Pinellas County and leaders at sites at Tropicana Field and the Mahaffey Theater tell ABC Action News they’re well equipped to handle demand…even if they get a flood of people who are turned away from other sites.

“We’ve had enough supplies for every day that we’ve done testing here. Only one day we had to cut the line short but not because of lack of testing but because of the number of people who were waiting and we needed to close at a certain time,” she explained.

Site operators say your best bet to avoid long lines at the Mahaffey Theater location is to arrive in the afternoon hours when crowds are lighter.

Gloria Simcic, like thousands of Floridians, is in a desperate dash to get tested for COVID-19. Simic has an autoimmune disease, making her more susceptible to the virus.

“It seems to be that there’s a lot of people still not getting tested and it’s just one thing I need to do,” she said.

Tom Iovino with the Florida Department of Health in Pinellas County says their testing locations have plenty of supplies too.

“We’re pretty well stocked. We’ll just have to keep looking at the rollout as we go through the weeks and see how supplies last but right now there really isn’t much of a concern. We have the supplies and we can continue the tests,” he elaborated.

The Community Health Centers of Pinellas hope to reopen their testing sites once they are able to replenish supplies.