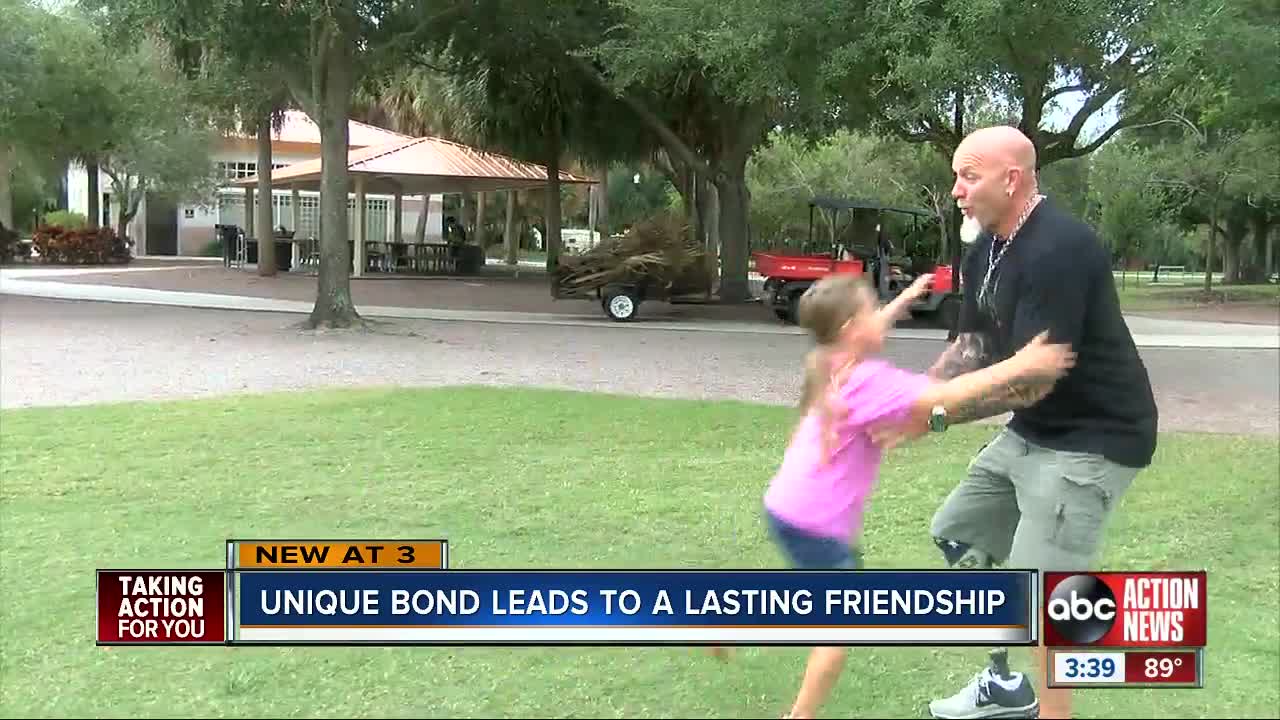 It is the story of an unlikely duo between a sweet, smiley 7-year-old and a former WWE wrestler. 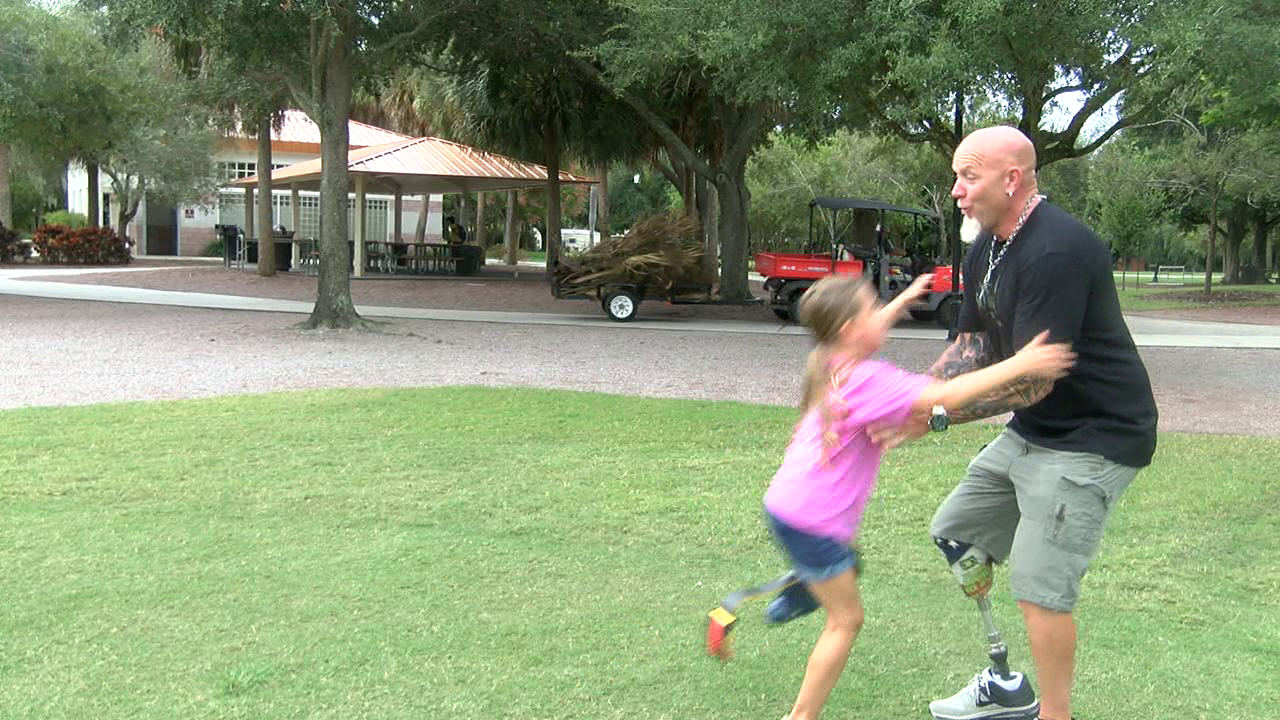 “It’s just like a normal kid running around and playing,” said Vacha.

Vacha was born without a fibula in her left leg, leading to an amputation.

In stepped former pro wrestler Steven Chamberland, who lost a leg of his own in a motorcycle crash. He went on to create the charity 50 Legs.

“To watch a kid walk for the first time on a prosthetic leg is probably the most amazing thing ever,” said Vacha.

In the past seven years Chamberland has provided more than 500 prosthetic legs to people all over the country. The vast majority of them are children like Vacha.

Chamberland and Vacha have become close friends, going to church, breakfast and shopping together. She even calls him Uncle Steve.

She proclaimed his leg may be bigger, but her leg makes her faster. She backed that statement up in a race.

“That’s the most exciting part of the charity, I cry every time,” said Cumberland. “I watched her walk from 10-months-old, to running, to doing what every other kid should do,” said Chamberland.