Detectives: Some encounters happened at school

A former Dunedin Middle School teacher has been arrested and charged for having a sexual relationship with a 14-year-old student.

CLEARWATER, Fla. — A former Dunedin Middle School choir teacher has been arrested and charged for having a sexual relationship with a 14-year-old student.

The Clearwater Police Department arrested Marselia Anthony Smith, 34, on Thursday after learning that he had sex with a 14-year-old male student on multiple occasions. At least two of the sexual encounters occurred on the school campus, either before or after school was in session.

Detectives say beginning April 1, Smith, while a chorus teacher at Dunedin Highland Middle School, had sex with the victim both at the school and at his apartment on South Missouri Avenue.

RECOMMENDED: Former Florida teacher gets 5 years in prison for having sex with 17-year-old student

After arresting Smith on May 31, Clearwater police contacted the Pinellas County Sheriff's Office to make them aware of the incidents — which prompted an investigation from them since the school falls within their jurisdiction.

The Pinellas Sheriff's investigation determined that Smith initially began to communicate with the victim, who was not a student of his but did attend Dunedin Middle, through a social networking website.

Both Angela Paton and Anna Diaz's daughters were in Smith's chorus class. They tell ABC Action News they are appalled at the news of his arrest.

“It gives me the chills to think about it! It’s very disturbing," Paton exclaimed. “We really thought he was a trusted teacher. You would think you can trust someone who is your child's teacher.”

“It’s very creepy," Diaz added. "It makes me concerned because I want to know how did that happen, especially on the school campus?”

Both Diaz and Paton say Smith was well liked by students and was among their daughters' favorite teachers.

"I’ve met him a few times and he seemed to be a great guy," Paton added.

“It goes to show you almost can’t trust anybody," Diaz said.

Both moms say Smith told his students on the last day of school he was getting fired and told the students it was for “poor concert performances."

Detectives said they were able to corroborate the 14-year-old victim's statements.

Smith has been charged by the Clearwater Police Department with two counts of lewd and lascivious battery and by the Pinellas County Sheriff's Office with one count of Lewd and Lascivious Battery.

Detectives are unaware if there are additional victims. Anyone with more information is urged to please call the Pinellas County Sheriff's Office, Crimes Against Children Unit, Detective A. Weistock at 727-582-6483. 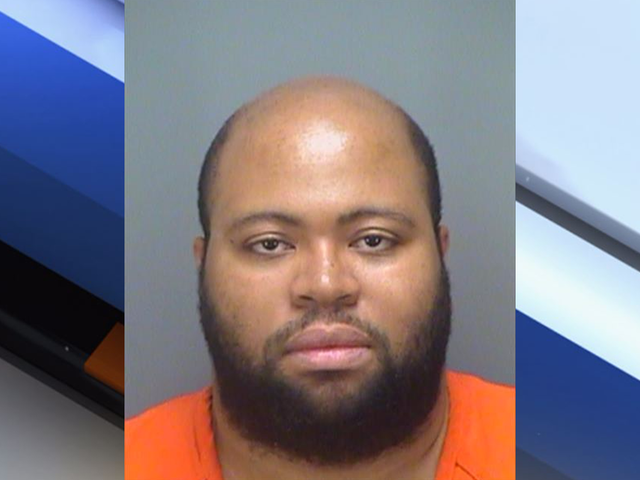