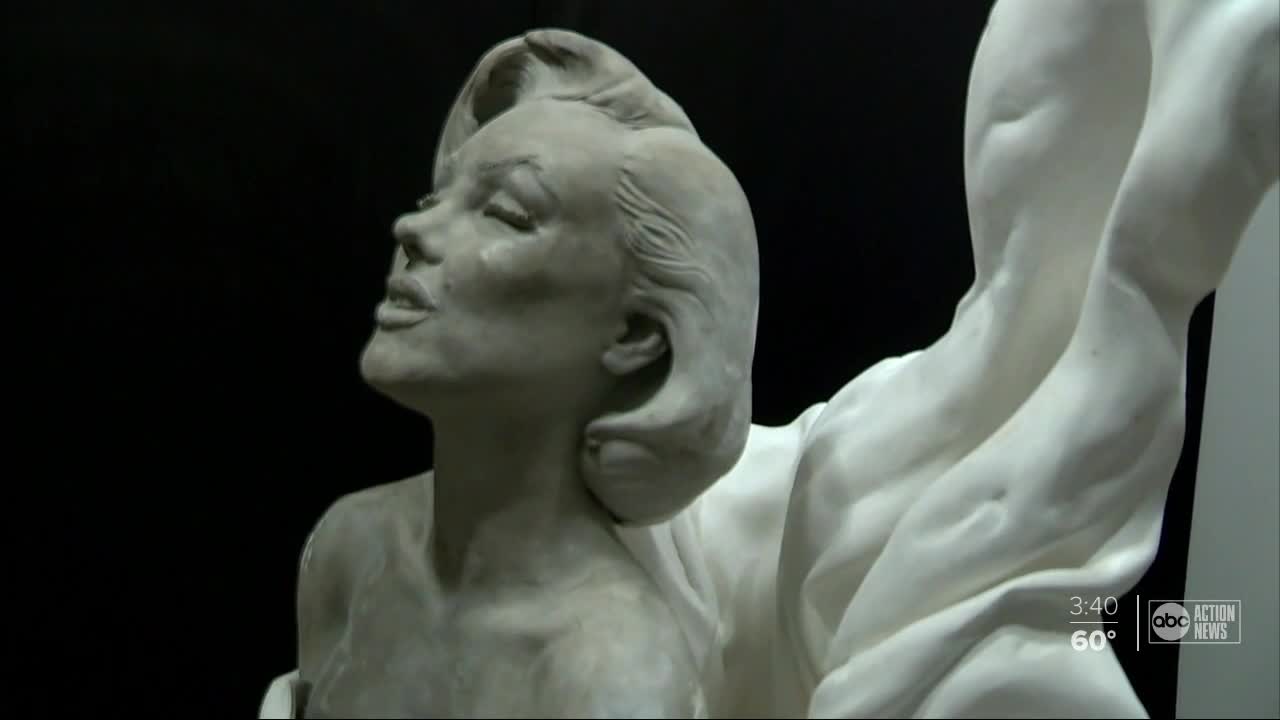 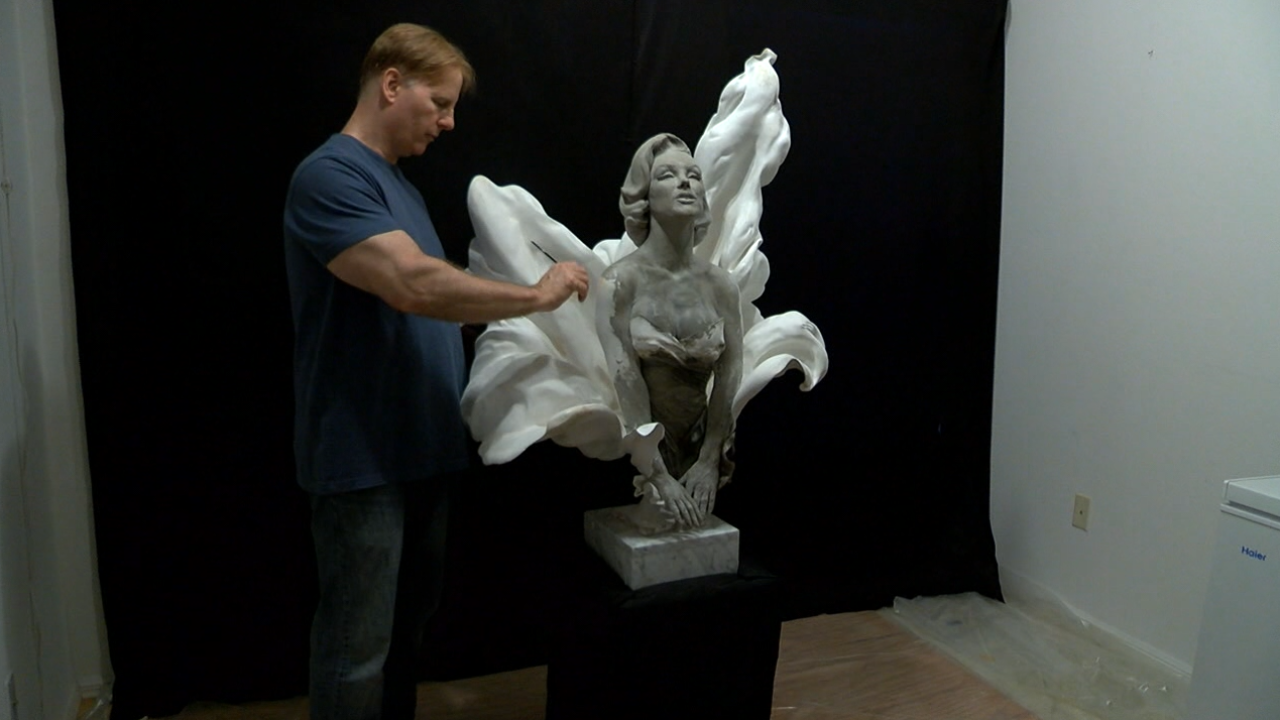 PINELLAS COUNTY, Fla. — When you watch Russ Elliott lift weights, it won’t surprise you that at one time he was a competitive body builder. He was crowned Mr. Largo when he was 20 years old.

However, what you may not realize is his very artistic, sentimental side. For the past four years, he has been sculpting a four-foot-tall statue of Marilyn Monroe.

“Would have loved to have known you but I was just a kid, the candle burnt out long before the legend ever did,” said Elliott, as he recited the famous Elton John song about the actress. “Just brilliant and it just stuck with me.”

Elliott said he has always been interested in painting, but sculpting opened so many more opportunities. So, he started experimenting with this special air-drying clay and plaster. He eventually plans to cast the sculpture in bronze with a white patina finish.

“With a sculpture it’s like you have 100 paintings in one because you can see it from every angle,” said Elliott.

Hidden in a back bedroom of Elliott's home, only a small group of people had even seen Marilyn. That was until Russ decided to enter her in the Contemporary Art Gallery Online National Competition.

He ended up winning Best in Show.

“Like Warhol did with a soup can, he presented a common American image in a way that no one has ever seen before, and that’s what I tried to do,” said Elliott.

Elliott now hopes Marilyn ends up in a high-end gallery, the first in the line of Hollywood legends he plans to create.

“I’ll tell you probably in the neighborhood of 180 pounds, it takes everything I got to pick it up,” said Elliott.