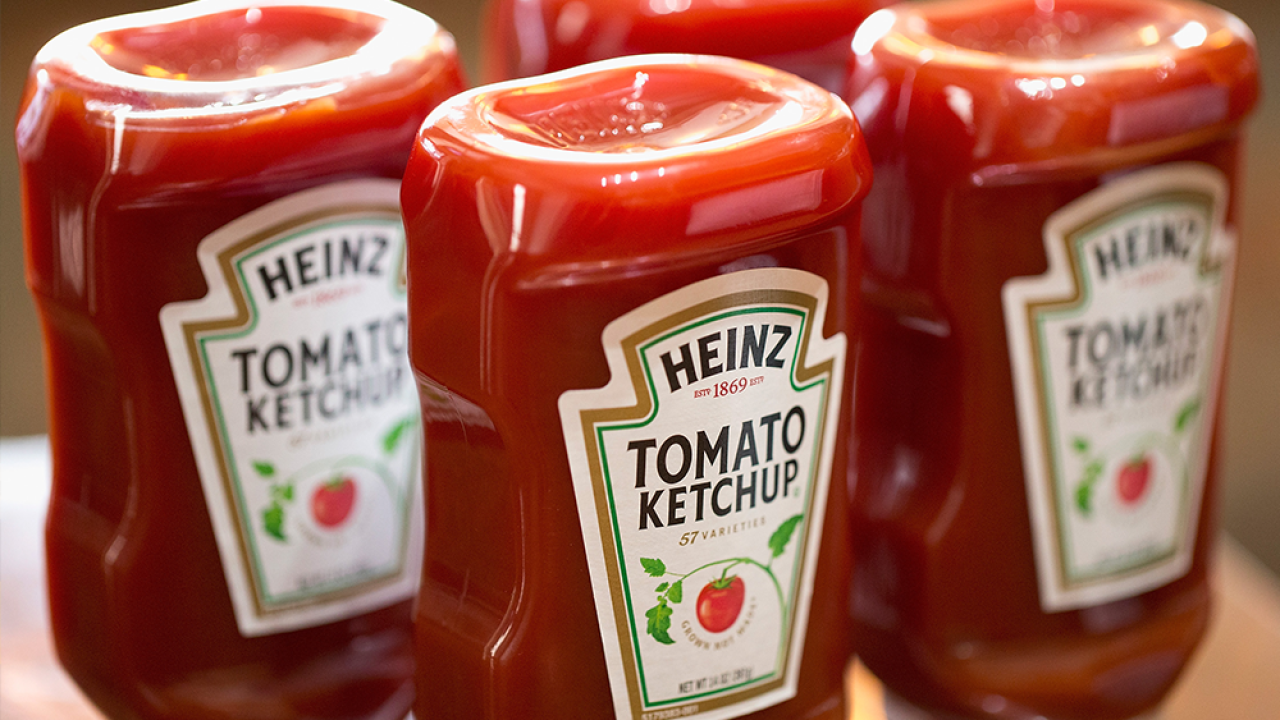 Scott Olson/Getty Images
In this photo illustration, Heinz Tomato Ketchup is shown on March 25, 2015 in Chicago, Illinois. Kraft Foods Group Inc. said it will merge with H.J. Heinz Co. to form the third largest food and beverage company in North America with revenue of about $28 billion.

PINELLAS PARK, Fla. (AP) — A Florida man is facing a misdemeanor charge for allegedly pouring ketchup on his girlfriend while she slept.

According to an arrest report, Wagman's girlfriend of 11 years told investigators she woke up in the middle of the night to find Wagman pouring ketchup on her and cursing at her.

Heather King told investigators they had been arguing over her infidelity before she went to sleep. The report says she was covered in ketchup.

Wagman denied the allegation, although the report says there was ketchup on his pants.

Court records show Wagman has entered a not guilty plea.

Wagman was ordered to have no contact with King.