Florida man arrested as he live streams his own crime, hits baby in head

Man says in live stream "he was just going to the store, bro" 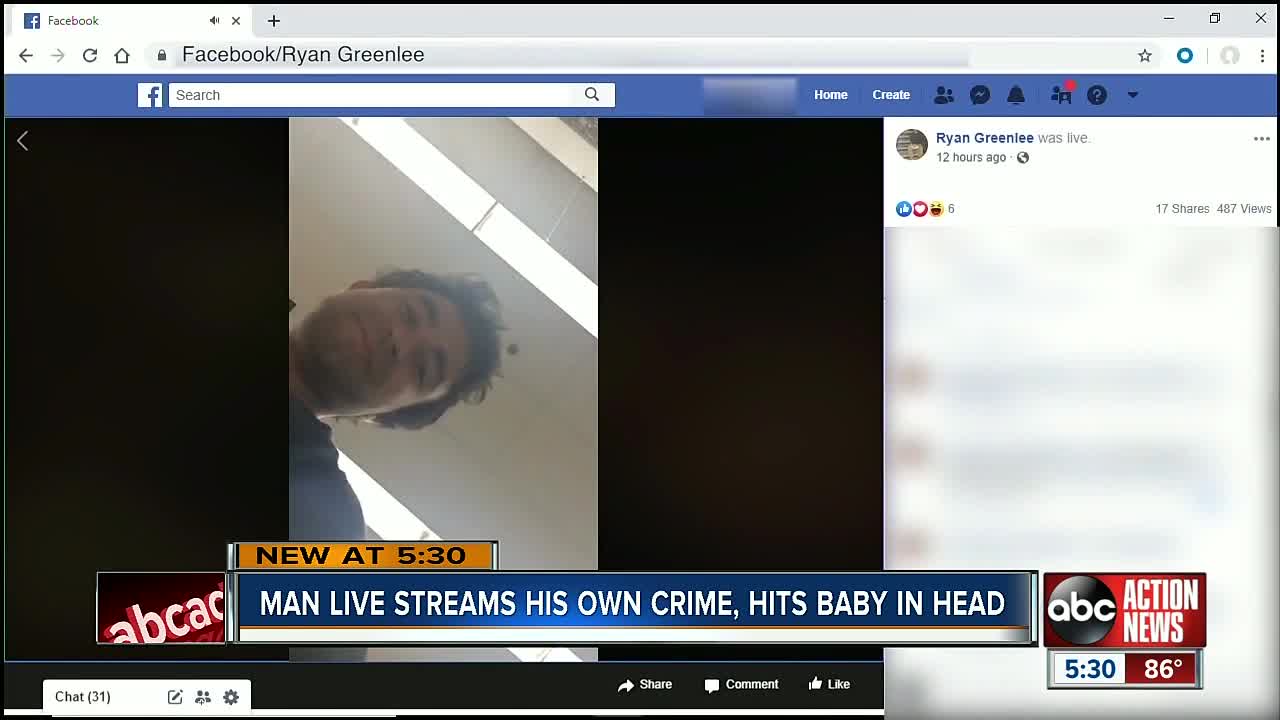 A Florida man has been arrested as he live streamed his crimes inside a Walgreens, including hitting a newborn in the head with a box. 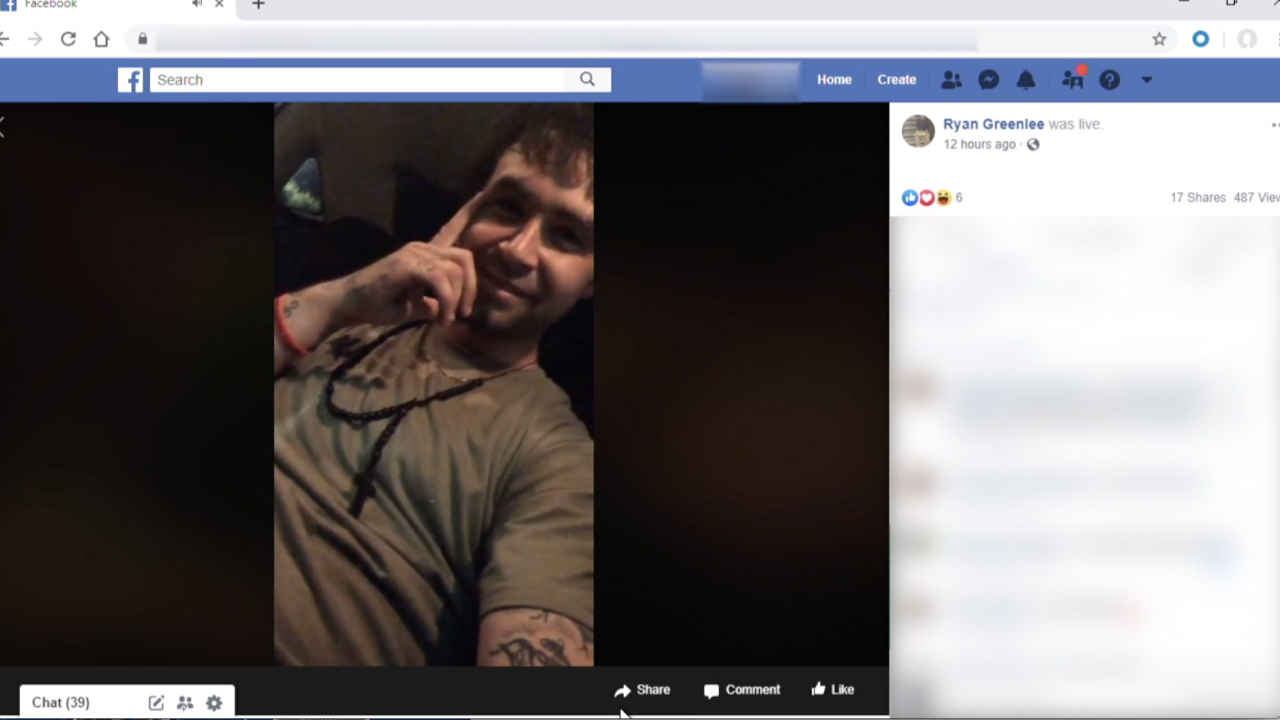 PINELLAS COUNTY, Fla. -- A Florida man has been arrested as he live streamed his crimes inside a Walgreens, including hitting a newborn in the head with a box.

Ryan Greenlee was arrested by Largo police on Wednesday night on six different counts including child abuse, battery on a law enforcement officer, resisting arrest and resisting arrest with violence.

In a public video, live streamed on Facebook, Greenelee went inside the Walgreens on Ulmerton Road and taunted the camera with his money to buy two packs of beef jerky.

However, Greenlee didn't have enough money and was eventually asked to leave the store as he became belligerent, according to an arrest report.

While leaving, Greenlee became disorderly and started throwing items off the counter, including a box that hit a newborn in the head.

In the video, you can hear the confrontation, but you don't see the baby hit with the box -- but seconds later you hear the two-month old crying.

"I was just so angry that I didn't even cry," said the mother, "I was just trying to be as level headed as I could."

After the baby was hit, an arrest affidavit states that Greenlee then hit a male clerk who was trying to intervene.

The video carries into the parking lot, where it's hard to make sense of what was happening, but it appears the camera is being tossed around.

Greenlee returns the vehicle he arrived in laughing as a friend in the car said he took things too far.

"I didn't do nothing, all I wanted to do is go to the store, bro," said Greenlee in the live stream.

A spokesperson for the Largo Police Department said if you're ever a witness or a victim to people acting belligerent, remove herself.

"If you are ever out in public and someone behaves in a way that makes you feel uncomfortable or unsafe, remove yourself from the situation and notify someone of authority," said Sgt. Scott Gore.

A mugshot of Greenlee has not been taken as he is in the healthcare wing of the jail.