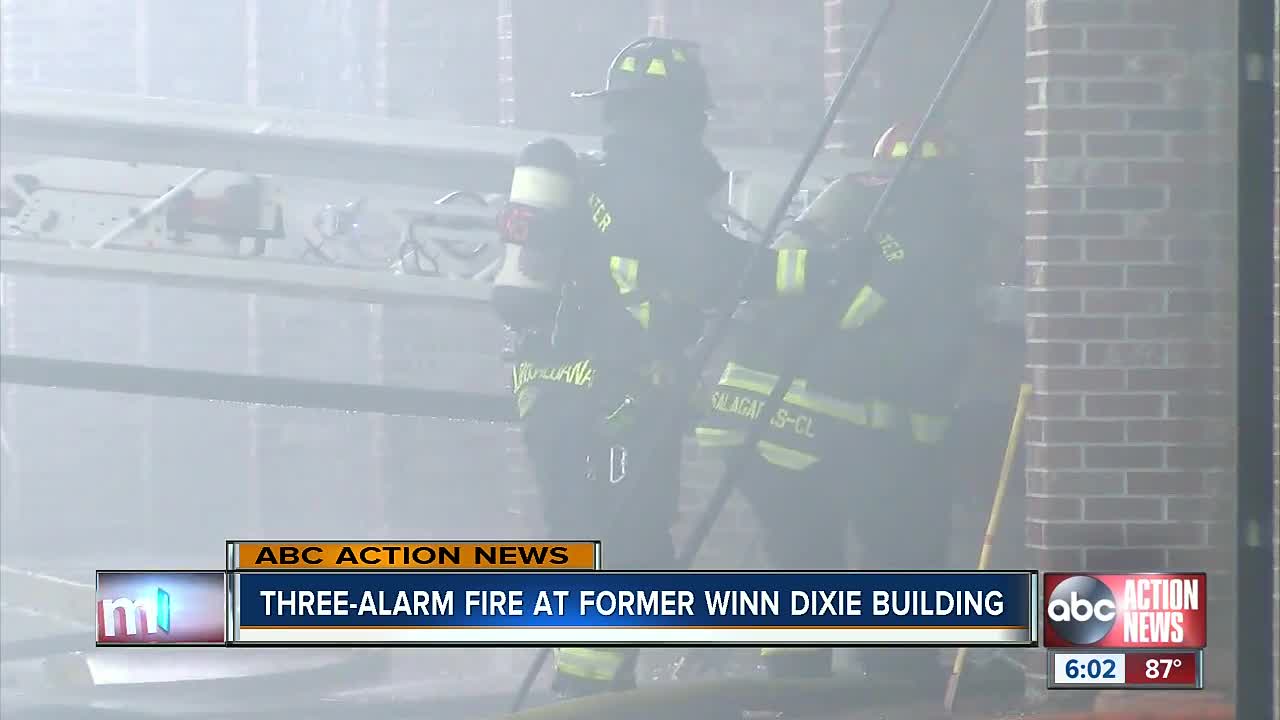 Firefighters in Pinellas County are battling a three-alarm fire that broke out at a vacant Winn Dixie building, Story: http://bit.ly/2XOnPO3 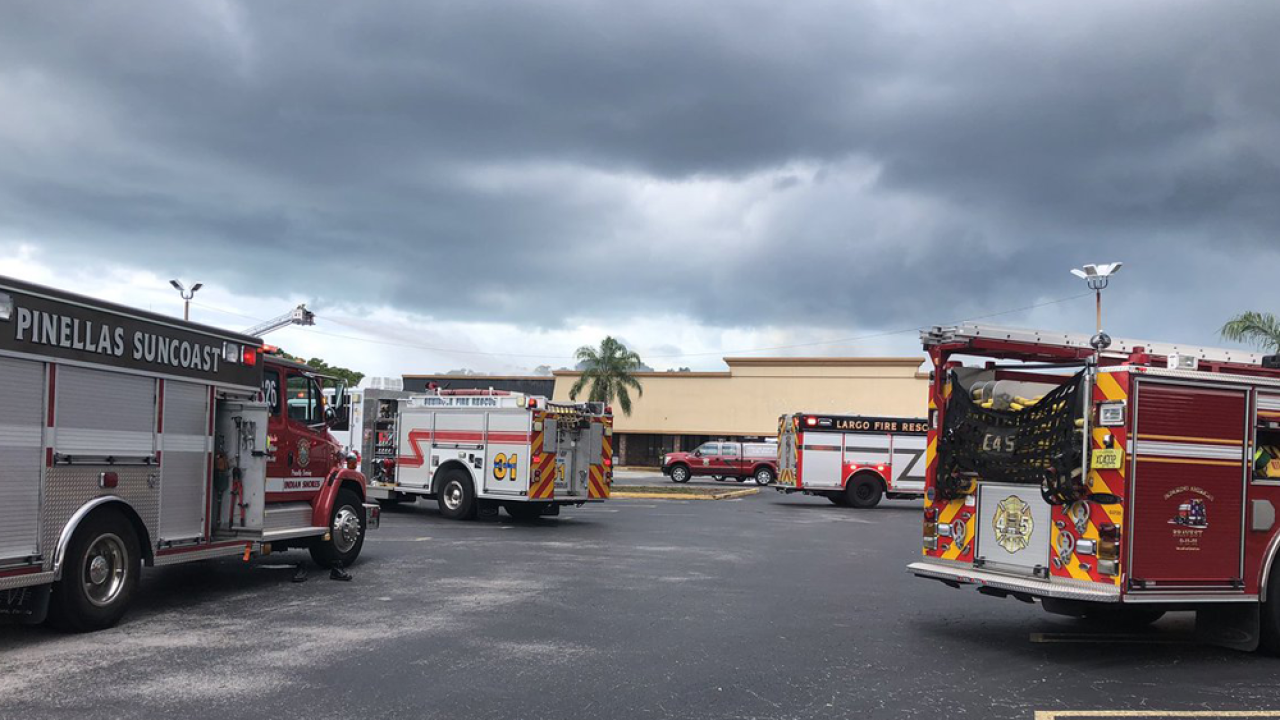 Fire crews from Largo, Pinellas Suncoast and Clearwater responded. The cause of the fire is under investigation.

Firefighters believe the fire started in the front of the building, where the kitchen used to be.

"We had heavy black smoke showing," said Fire Marshall Don Rooks. "As they were making their way to it the ceiling started to fall, along with an AC unit."

Firefighters had to rush out of the building and fight the fire from the outside.

The store is located in the 11900 block of Seminole Boulevard. The roof of the store has collapsed, but officials say other businesses in the shopping center remain open.

"This is the busiest this plaza has ever been," said Michael May.

May owns Seminole music. His business is close to the Winn-Dixie building. He raced out to the plaza after a friend called him.

"They just said there smoke coming from your plaza," he said. "Everything I have is tied up into this place."

Firefighters were able to stop the fire from spreading to Micheal's business, and the others.

"You have this odd sense of relief that it's not your store," he said.

Officials say the building is a total loss.