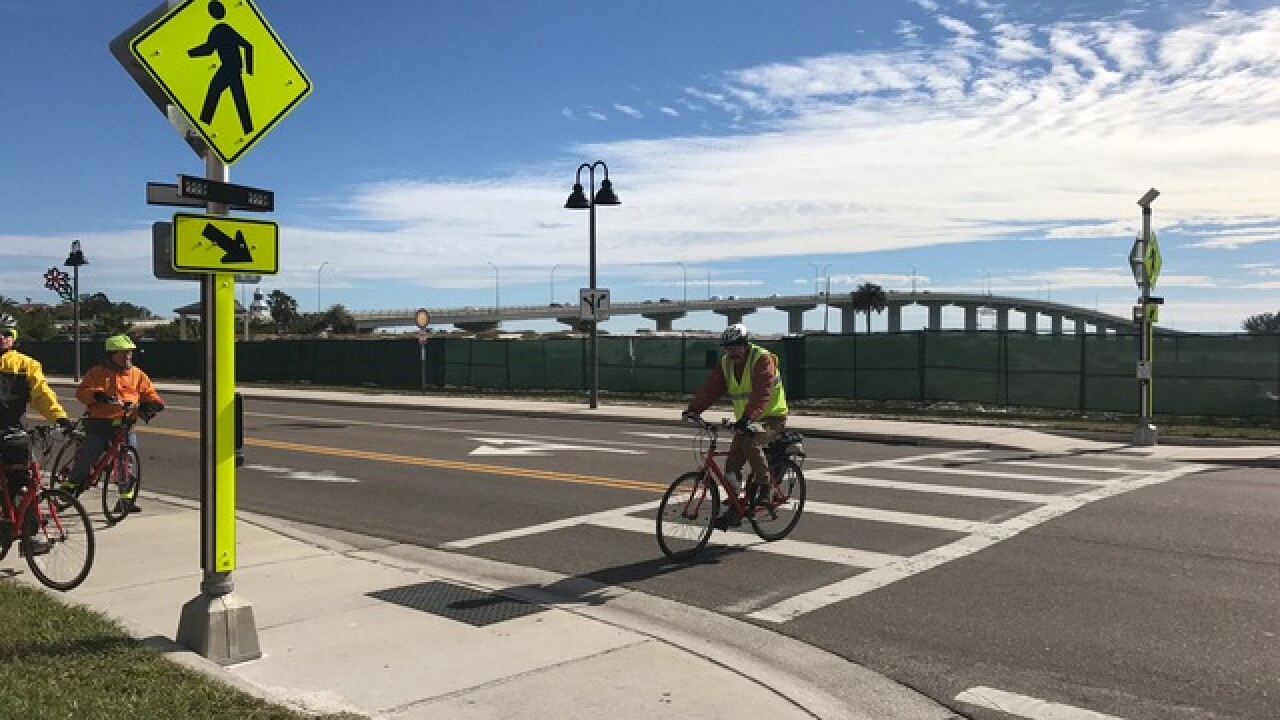 PINELLAS COUNTY, Fla. — They’re easy to use, hard to miss and are saving lives. Yet, those flashing pedestrian signals (or rectangular rapid flashing beacons as they’re formally known) that you’re used to seeing around Tampa Bay, could soon fade away.

The Federal Highway Administration recently issued a new ruling, saying the flashing crosswalk signs have four US patents and one pending patent, and that means local cities and FDOT can’t install any more of them.

The signals were initially approved in 2008, but according to a memorandum sent to cities across the US a few weeks ago, it was recently later discovered that the technology is now patented and “federal regulation prohibits the use of patented devices.”

It’s stunning news for local transportation leaders and Belleair Shore dad Berc Sarafian. Sarafian is teaching his two young children how to use the flashing crosswalks to stop traffic along Gulf Boulevard.

“They flash and the cars can’t miss it. Otherwise, the drivers just roar through here. In a perfect world, every intersection should have these blinking signals,” he explained.

“I was stunned. I thought it was unbelievable that the Federal Highway Administration would make that ruling on something that’s a proven effective device,” he explained.

It adds insult to injury for Bert Valery, whose son died 30 years ago when a car smashed into him while he was riding his bicycle. Valery has fought every day since to get more crosswalks.

“The loss of just one person is enough. every life is important right? It’s ridiculous that our state and county lead the nation in pedestrian and bicycle deaths year after year.”

The number of pedestrian accidents in Florida is double the national average.

Local transportation leaders are now begging the federal government to reconsider or come up with a new agreement to continue using the patented devices.

ABC Action News asked if transportation leaders could pay the patent holder to keep using the flashing crosswalks, but the Highway Administration tells us that is against federal regulations.