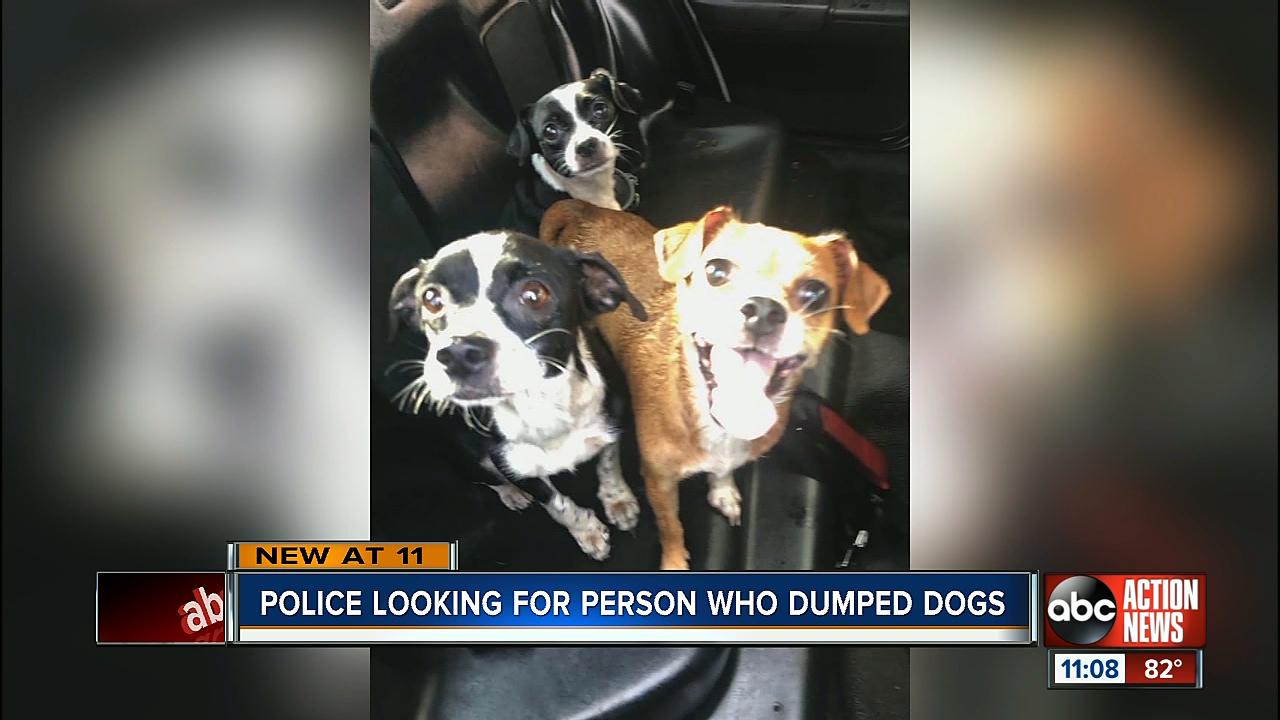 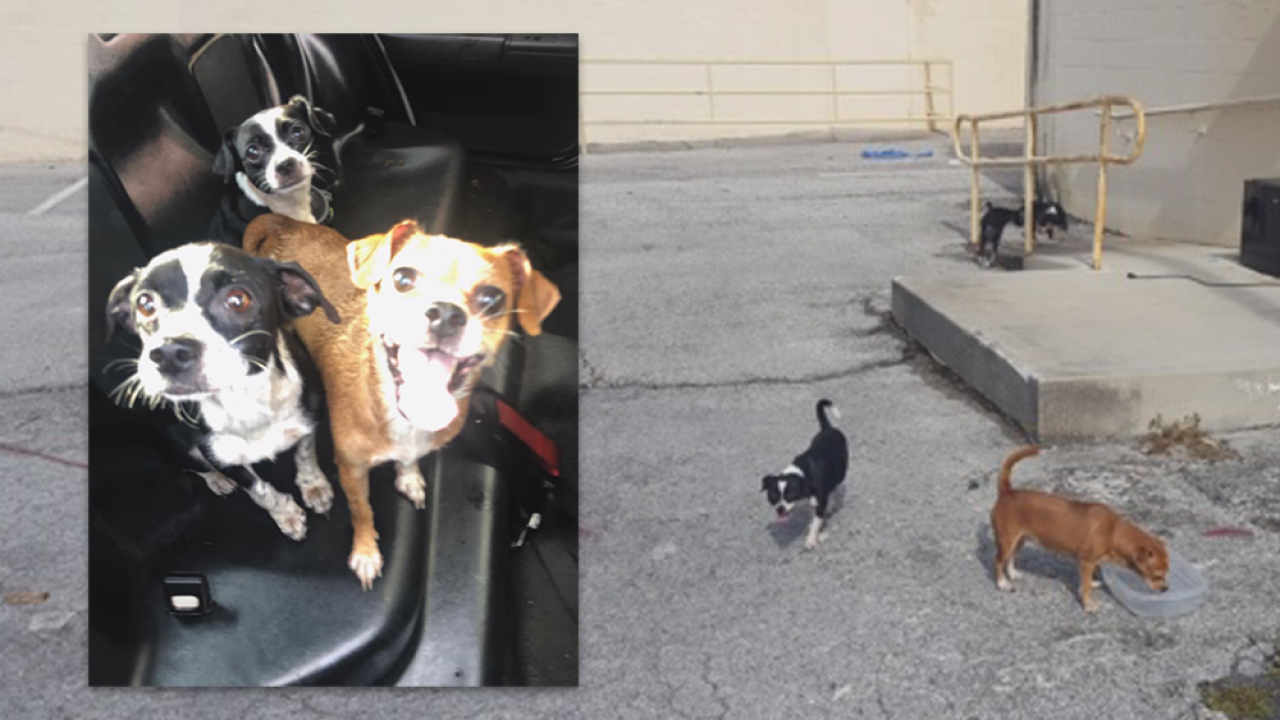 "I think it's disgusting. You don't throw animals away like they're trash and that's what happened in this situation," said Julia Daniels.

Julie Daniels along with a few of her neighbors helped rescue the animals.

She heard them barking on Wednesday morning and later that evening.

"They did not want to go anywhere else. They do say when someone drops dogs off, they will not go anywhere. They will stay there in hopes their owners will come back," said Daniels.

Daniels, a few of her neighbors and two St. Pete Police officers helped get the dogs into a police car.

"We had leashes, we had a catch poll, we had towels. They were a bit aggressive, I believe that was because they were scared," said Officer Brian Origlio.

Daniels wanted to get the animals to a safe place before fireworks started on the Fourth of July.

"We wanted to get them because of the fireworks, the noise from that and it all worked out really great," said Daniels.

The group saved three of the animals, but they were unable to rescue the fourth dog.

Officers took the dogs to an emergency clinic and the county shelter took the animals the next day.

Officers said abandoning dogs could result in charges of animal neglect or abandonment.