Drivers saw the dog on the bridge's ledge on Sun. 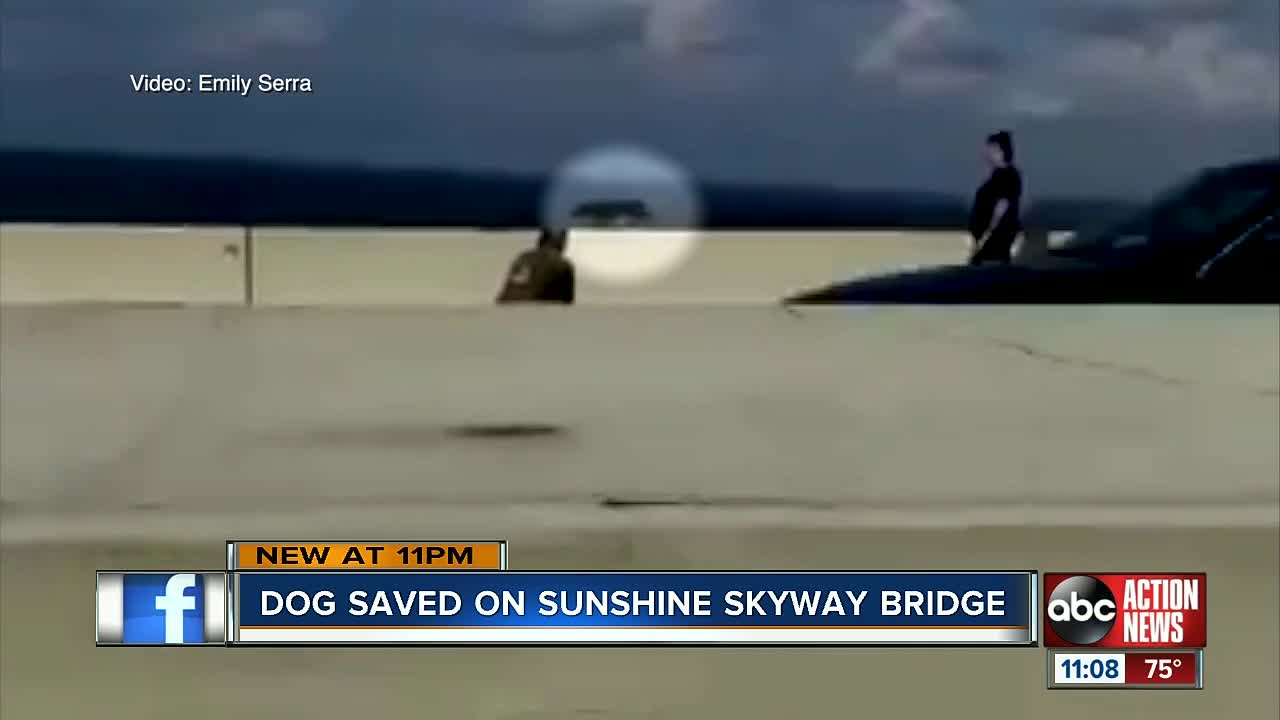 A spokesperson for the Florida Highway Patrol said a dog, possibly a dachshund, was walking on the ledge of the Sunshine Skyway Bridge. The dog was approximately halfway up the incline of the bridge on Sunday around 5:15 p.m. A driver retrieved the dog. 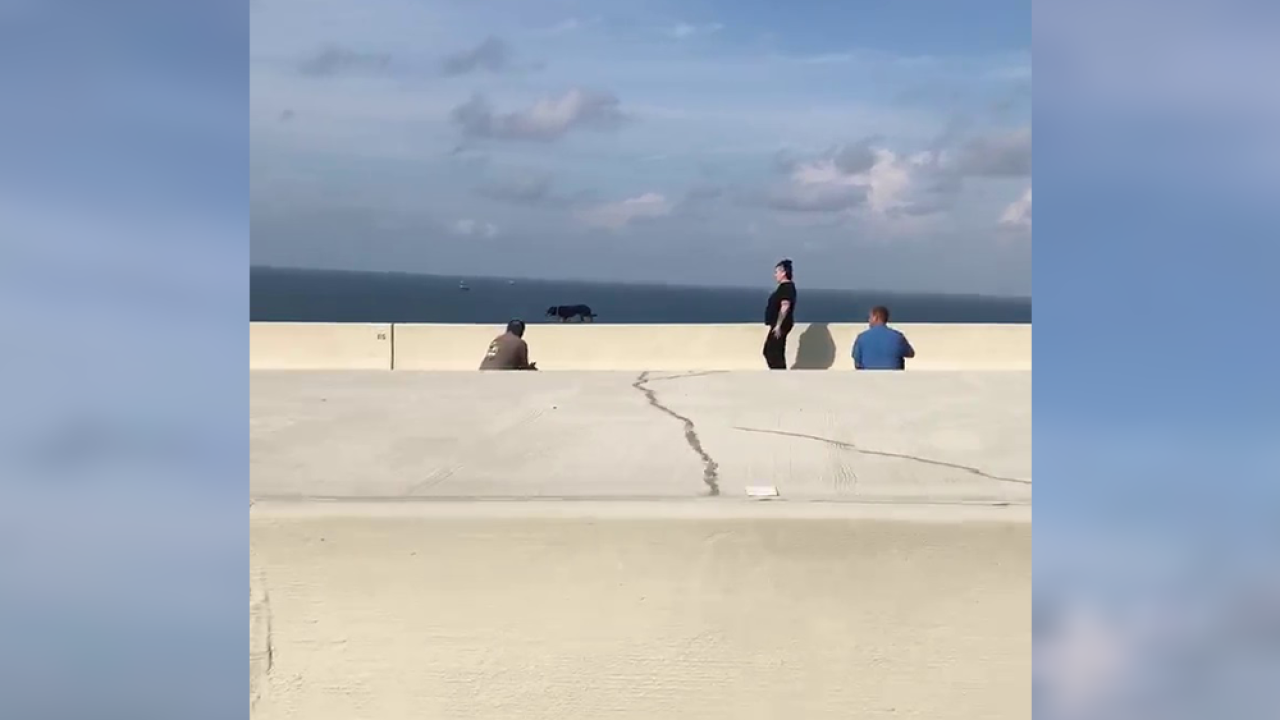 PINELLAS COUNTY, Fla. - State troopers said a dog, possibly a dachshund, was safely rescued by a driver who spotted the animal walking on the ledge of the Sunshine Skyway Bridge.

State troopers said the dog was walking southbound in the northbound lanes approximately halfway up the incline of the bridge on Sunday evening around 5:15 p.m.

"As soon as I took the video, that's what I was thinking about the rest of the day. Is he okay? Did he fall down? Did they save him?" said Emily Serra.

Emily Serra, who lives in Sarasota took, video of the dog walking on the ledge of the bridge. She was in the backseat of a car with her family as they traveled from St. Petersburg to Sarasota. She said traffic was backed up for nearly 30 minutes on Sunday.

"My immediate reaction, I wanted to jump out of the car and go help, but I know that there were already a bunch of people over there helping him. I knew adding more people to the situation would kind of freak him out," Serra said.

State troopers said a driver retrieved the dog and the dog is safe.

"I’m glad you can have faith in people doing something good like that and not just letting the dog roam on his own because he was helpless at the time. I'm really thankful for that," she said.

Troopers do not know how the dog ended up alone on the bridge.

"Whoever saved this little guy definitely deserves recognition. It was maybe a 4 inch railing up there and he was walking across. I am glad he did not fall down. We were pretty worried about him," Serra said.