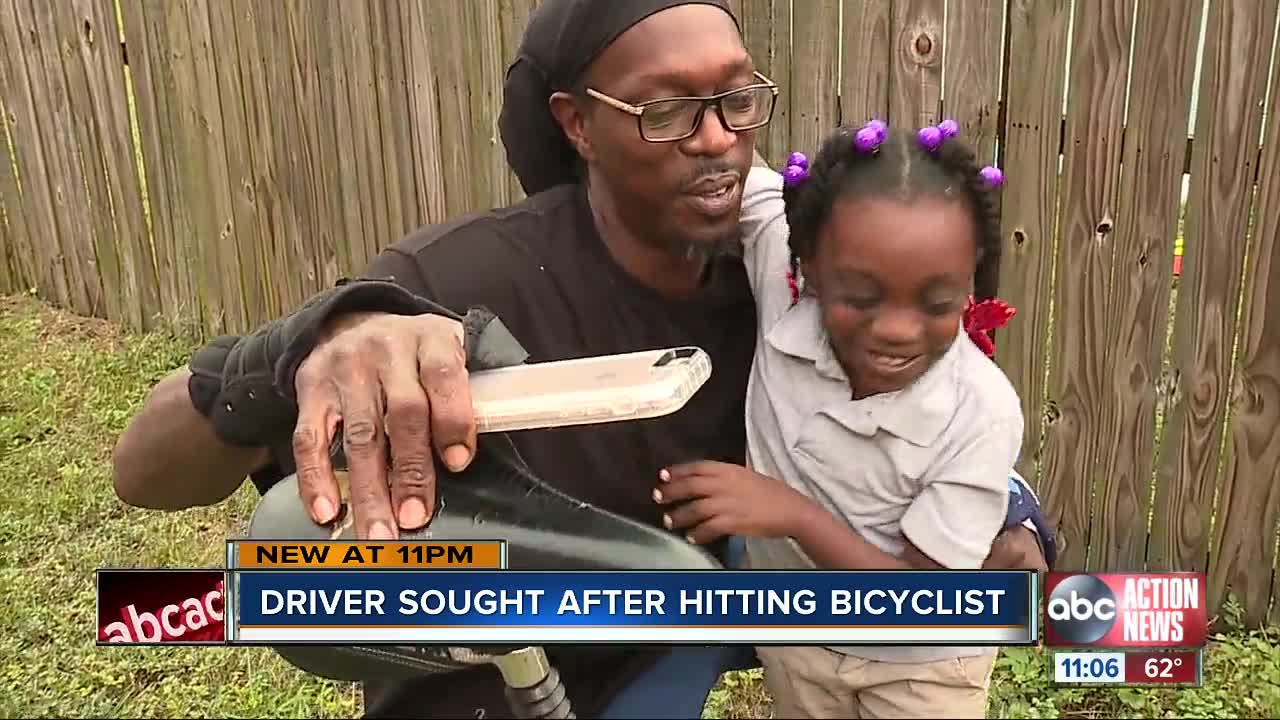 Police are searching for the driver of a vehicle in a hit-and-run crash involving a bicyclist. 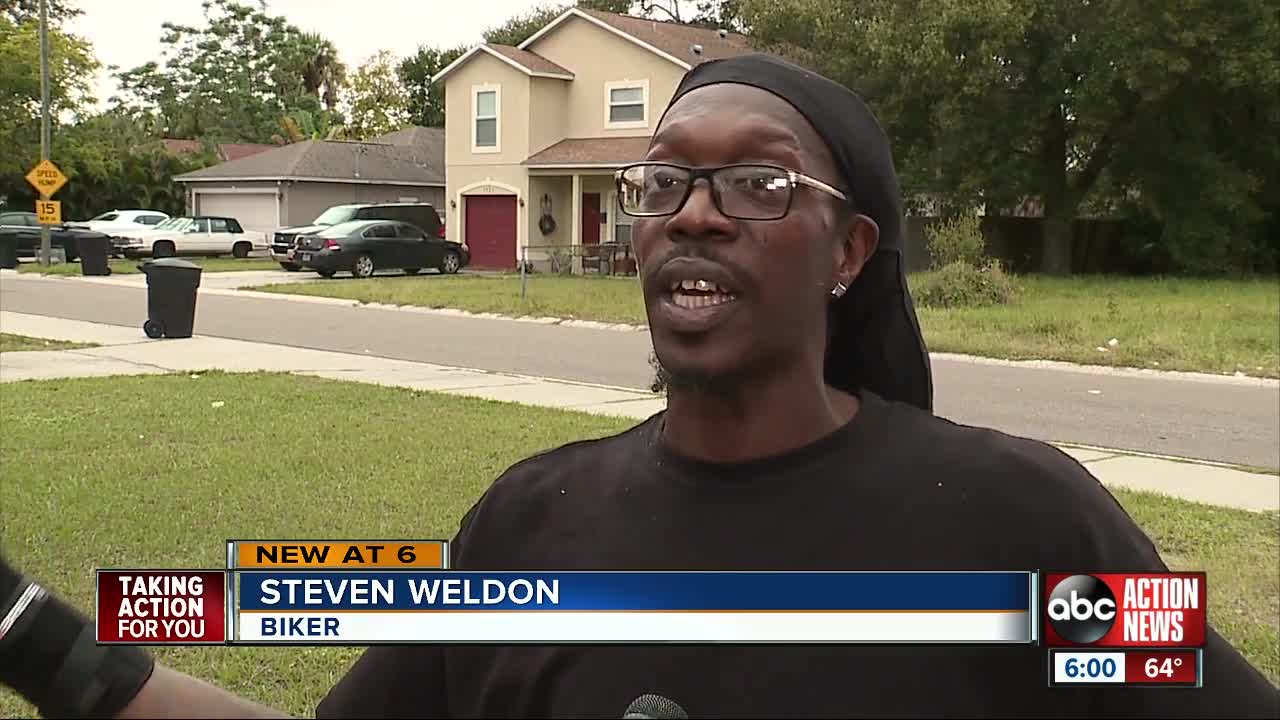 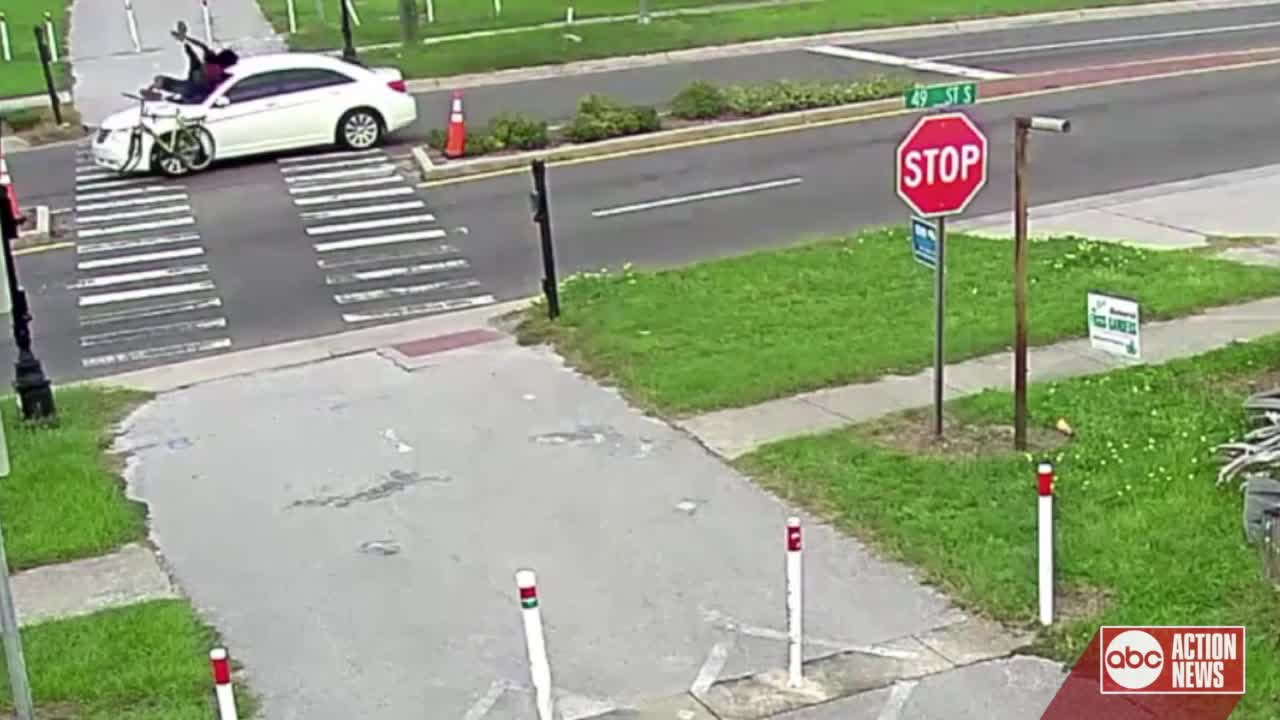 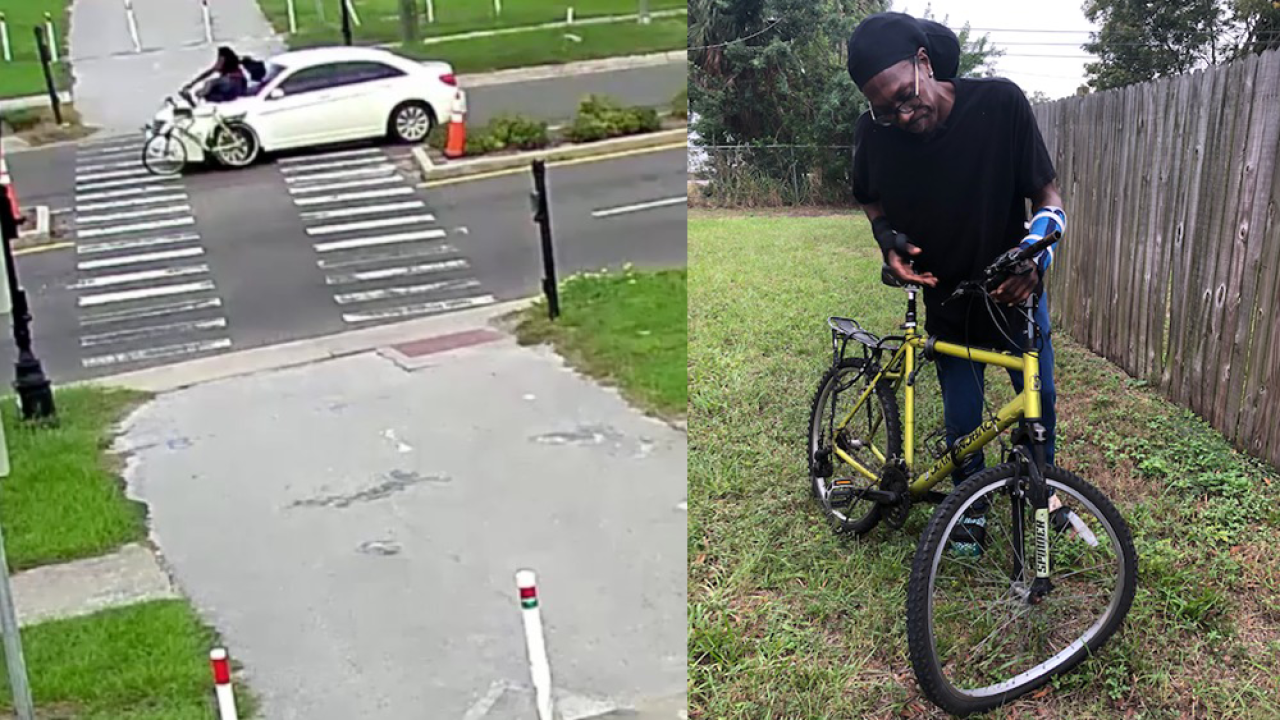 ST. PETERSBURG, Fla. — Police are searching for the driver of a vehicle in a hit-and-run crash involving a bicyclist.

It happened on Nov. 1 on the Pinellas Trail. A white Chevrolet sedan is seen striking a bicyclist as he was crossing 49th St. on the trail (in the 600 block of 49th St. S.)

The driver reportedly stopped to move the bicycle out of the roadway and drove off.

"I think he panicked at first and then when the fear set in that’s what made him leave," said the victim, Steven Weldon.

Weldon is seen on video cycling through a stop sign and throwing his hands up in the crosswalk before being struck.

The cyclist suffered broken bones, but his injuries are not life-threatening.

Weldon showed ABC Action News his now-mangled bicycle. He used it every weekday to ride to work.

If anyone has information on the driver, please contact the St. Petersburg Police Dept. at 727-893-7780.