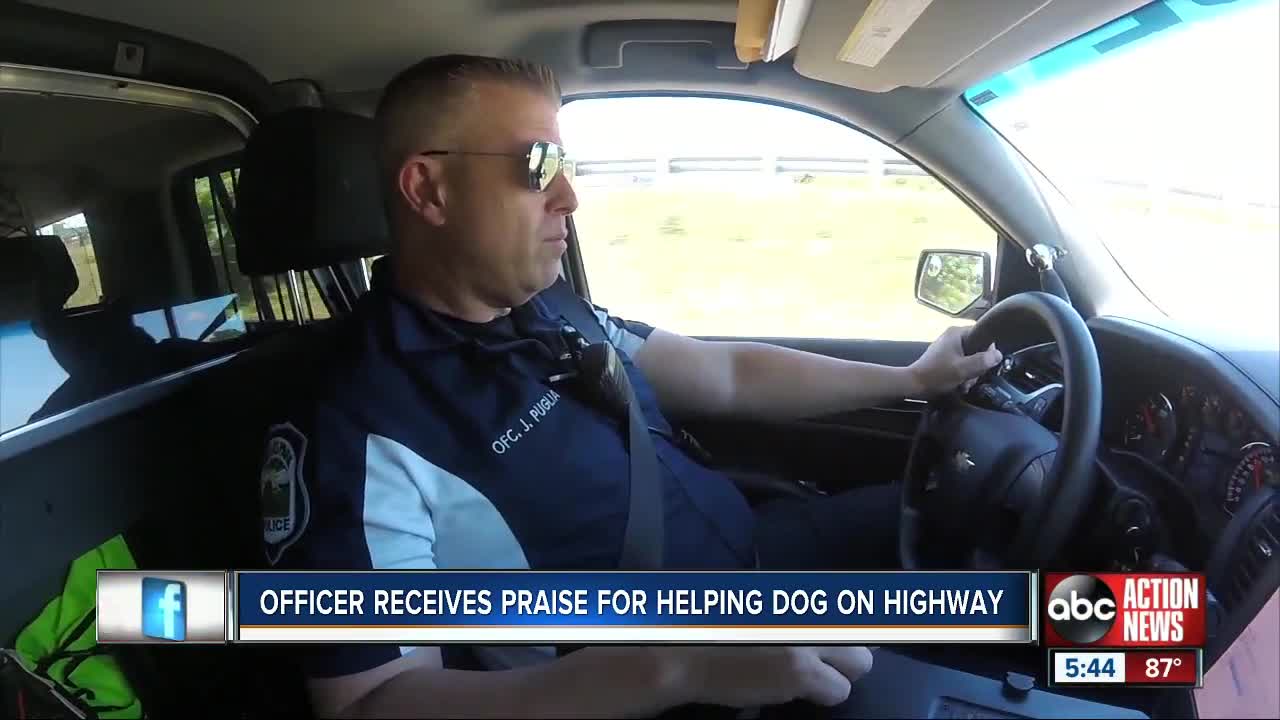 Incredibly, the dog survived with just minor cuts and scrapes. 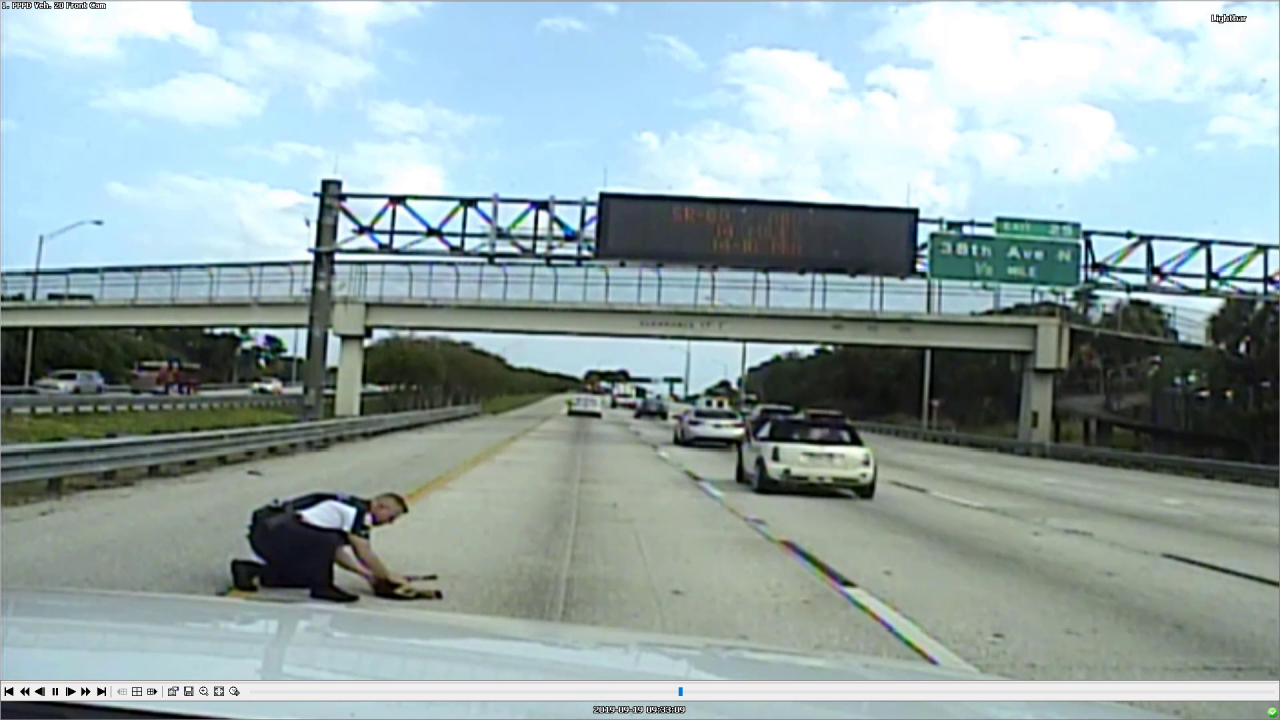 PINELLAS PARK, Fla. -- A Pinellas Park police officer received praise on Monday for walking out onto a busy interstate to rescue a dog he just saw get hit by a vehicle.

The dog turned out to be OK after darting out in front of a car, but those scary moments on I-275 near 38th Avenue were caught on video.

Video from Puglia's dash cam showed him stopping and getting out of his vehicle within seconds.

"I came back [in the SUV] and got an emergency blanket to wrap the dog in, because I didn't want to hurt him any further," Ofc. Puglia said.

He then got the dog with no tag into the SUV and called dispatch.

Incredibly, the dog survived with just minor cuts and scrapes.

"We nicknamed him ‘Lucky’ and I think [the name] applies and he's definitely one lucky dog," Puglia said.

The dog ended up in the county's animal shelter and Puglia’s story was on social media with comments like "awesome job officer!"

But, Puglia said, as an officer his good deed was him just doing his job.

"Not just myself, but every officer out here trying to do the right thing," Puglia said.

Puglia said if animal control could not find the owner, he had a couple family members who already said they would be more than willing to take him into their homes.