Couple in their 80s shot, killed inside their Clearwater home, still no suspect

Detectives still haven't made any arrests in the murder of a couple in their 80's inside their Clearwater home. Officers continue to follow up on leads, including speaking with many people who had interactions with the pair over the past few weeks.

CLEARWATER, Fla. — "Based on the evidence I've seen, the person (responsible for the crime) went there to murder this nice elderly couple," Clearwater Police Chief Dan Slaughter explained Friday. Detectives are actively searching for the suspect who murdered 80-year-old Mina Swan and 88-year-old David Swan inside their Clearwater home.

Officers continue to follow up on leads, including speaking with many people who had interactions with the pair over the past few weeks.

"(I) Can’t sleep, can’t eat, can’t stop thinking about it," Joel Locke said.  Locke lives across the street from the couple.  He said he knew something wasn't right when they didn't come out of their home last week.

"Something was wrong. I just felt it," Locke said.  He called a family member and went into the home making the grisly discovery.

"It’s just a nightmare we can't wake up from," Locke said.

On Saturday, Clearwater Police Officers found the couple inside their Flushing Avenue home. They were shot to death. 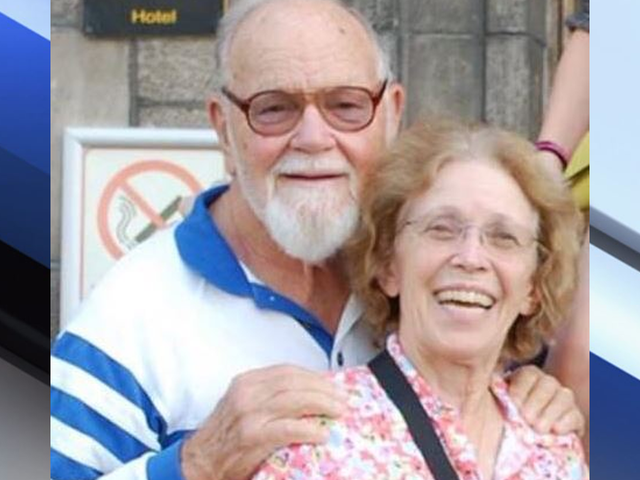 In a press conference on Friday, Clearwater Police Chief Daniel Slaughter said someone targeted the couple.

"The evidence does indicate that the offender came with the intent to kill David and Mina. This does not appear to be a random act," Slaughter said. "They went there to murder this nice, elderly couple," he added.

Neighbors last saw the couple alive on Thursday afternoon, police say. They believe the crime occurred within a 24 hour window, from the last time they were seen alive Thursday, September 27 to 3 p.m. Friday, September 28.

Investigators are scouring over surveillance video from neighbors for leads.

Mina's daughter also spoke at the conference, pleading with the public to remember the couple.

"Please remember our mom and dad," she said through tears. "Keep them in your thoughts."

“My mom loved her students, even those who couldn’t pick up a pencil," Mina's daughter Noel Devine explained, "She believed in them and their talents, even if they had never been in an art class before."

Devine said her mom and step-dad loved to travel. They hiked the Appalachian Trail in their 70s, visited Alaska and Iceland and had an upcoming trip to Norway planned. "My mom even rode roller coasters  with her grandkids into her 70's; even I don't do that!"

"They were the youngest 80-somethings on the planet," Scott, who lived next to the Swans for decades, recalled.

"David and Mina seem like very nice people, and it’s hard to fathom what the motive would be," Chief Slaughter added, reiterating that although they haven't made an arrest, neighbors should not be concerned for their own safety.

Chief Slaughter told neighbors they have ruled out any home break-in, robbery or similar crime. The house was well organized when police arrived to investigate.

Detectives are now focusing on three things: Interviews with business partners, relatives, and friends, analyzing trace D.N.A. evidence found at the crime scene and reviewing surveillance video from nearby homes.

A neighbor and the victim's daughter discovered the couple dead in their home Saturday and immediately called the police.

In the neighborhood, several residents tell ABC Action News they consider themselves family.

Neighbors say the Swans were not the type to have enemies and they can’t think of a single motive.

"Nothing at all could justify them doing that to them," Scott added.

“I'm going to miss them a lot," neighbor Bob Anderson said while choking back tears, "Mina used to come over here and sit next to me, and we’d talk for hours. Whoever did this ought to be severely punished.”

Mina Swan lived in the home for 40 years. Neighbors say when she married David 20 years ago he moved into the home. They say both were outgoing and easily made friends.

Devine says her mom and step-dad enjoyed growing turnips and other greens in their backyard and handing the vegetables out to neighbors. David loved to play bridge. The couple often held hands and danced whenever the music was on, even when there wasn't a dance floor.

"Mom and Dave loved life. To them, it was about enjoying life's every moment," Devine recalled.

A tip line was established for information on the case. Anyone with information about the incident is urged to call the Clearwater Police Department at (727) 562-4141.