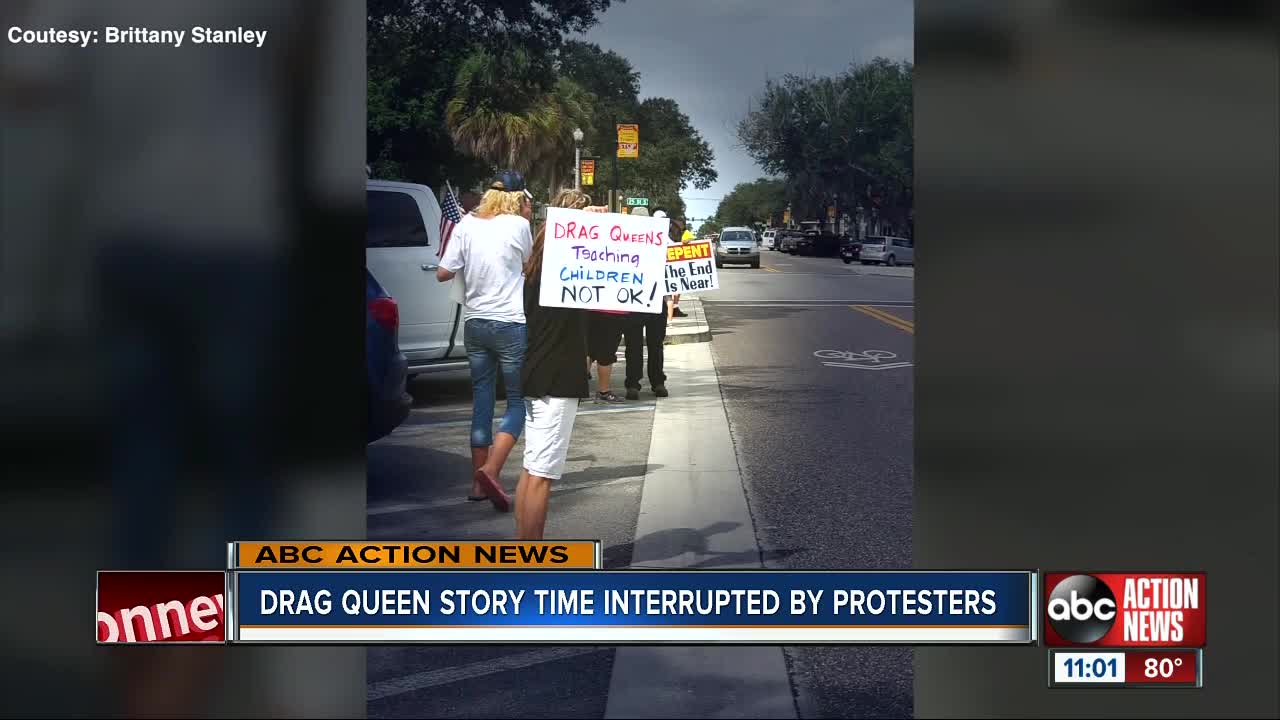 Community Cafe welcomes children, parents and supporters each month to hear a story read aloud as part of Drag Queen Story Hour in St. Petersburg. "We're teaching them that it's okay to be different, and that it's okay to accept people as they are," said cafe owner Mandy Keyes. "They'll learn not to bully and what to do about bullies if they're the one being bullied." The cafe opened its doors for the event nearly a year ago. Keyes said she's seen protesters outside before. 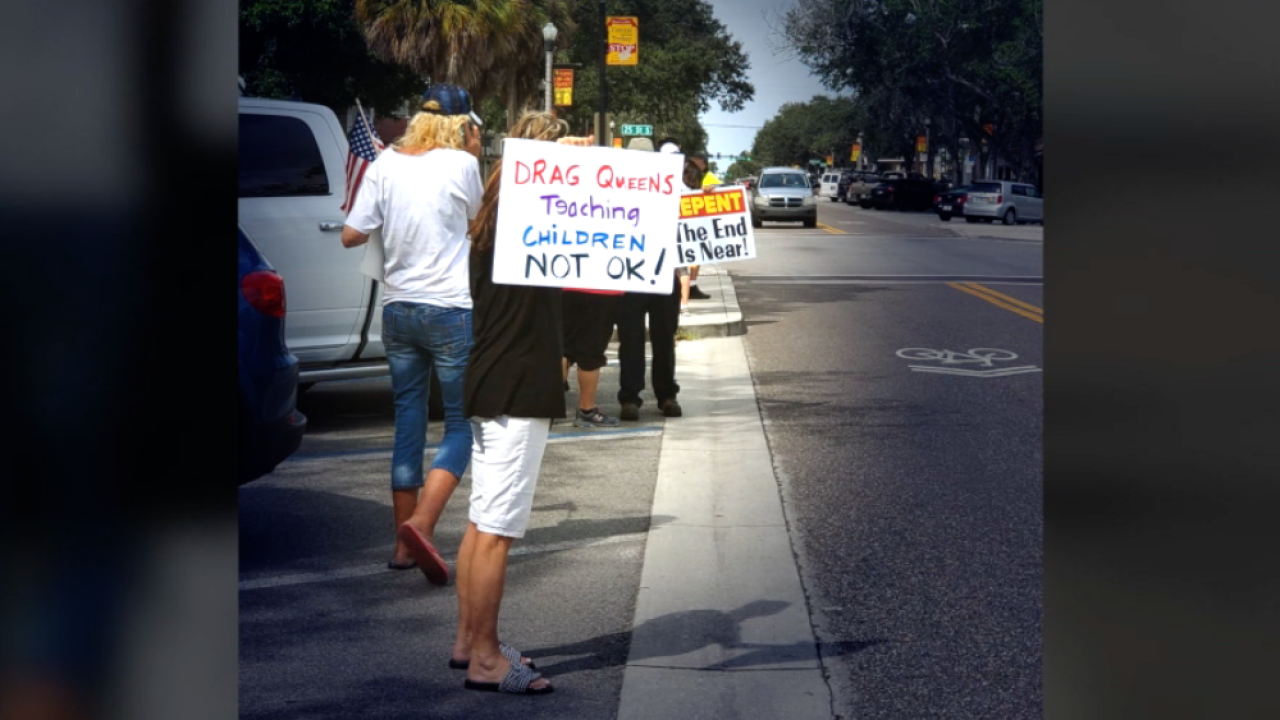 "We're teaching them that it's okay to be different, and that it's okay to accept people as they are," said cafe owner Mandy Keyes. "They'll learn not to bully and what to do about bullies if they're the one being bullied."

The cafe opened its doors for the event nearly a year ago. Keyes said she's seen protesters outside before.

"It's just so cozy and cute and sweet and then you open the door and it's just like it's just night and day," said Keyes.

So the cafe recently started asking people to take a picture with a sign reading "I stand with Drag Queen Story Hour," "Hate kills" and "Teaching kids love, acceptance and diversity saves lives" in order to join.

Despite the measure, Keyes said two people disrupted Saturday's event. She estimated there were nearly two dozen protesters outside, three people who were trespassed from the property.

"They shout scripture and they shout that we're going to hell and that you're corrupting the children," Keyes said.

Matthew Tringali admits he was outside the event.

"We are there offering any kind of help we can okay, but we will not sit by idly while children are being corrupted," Tringali said.

He said it is not protest but gospel outreach.

"It's not a protest. I do this up until a few years ago, I do this all over the country, but now I basically I'm here a lot," Tringali said. "I have my friends here and I come here all the time to do some street Evangelism. And that's what this is."

Tringali said he preached from the back of a truck, but that no one with his group went inside the event.

"We're not just picking on one person, we will step up and we will be salt and light wherever the darkness is," Tringali said.

But also outside, stood those supporting story hour.

"We knew we had to be here the whole time to protect the kids, protect the rest of us, the drag queen," said Deidra Navarro.

It was Navarro's and Samantha Stanley's first time at story hour. They said people used umbrellas and fans to make a shield and to make sure there was a clear path for people using the sidewalk.

"I think that Drag Queen Story Hour’s across the world are beautiful, inclusive, and necessary events involving parents, children, and the harmless Drag Queens and performer who want to read. Protesters think that these events are “Recruiting” events, but the only thing these events are aiming to recruit is readers. The protestations are personally crazy to me, having been in the drag scene for 4 years and seeing so much love and diversity. Children’s suicide rates have increased and I think things like this are imperative to the world wide healing that must take place for us all. I think what the protesters really need is more compassion and understanding. I hope we can moved toward in the near future."

A spokesperson for Mayor's office said it previously received a few calls and emails. This is what the office said is shares with people who contact them:

"The City of St Petersburg is a City that prides itself on its diversity and inclusive practices. Hate has no home here. While we appreciate your correspondence and concern, we are proud of events like the Drag Queen Story Hour and those who participate because they showcase those qualities that make us stronger as a community, and we do not begrudge how people choose to spend their time."

In the future, Keyes said they will only allow children and their parents inside for story hour.