Coast Guard rescues 205 people in the Bahamas after Hurricane Dorian 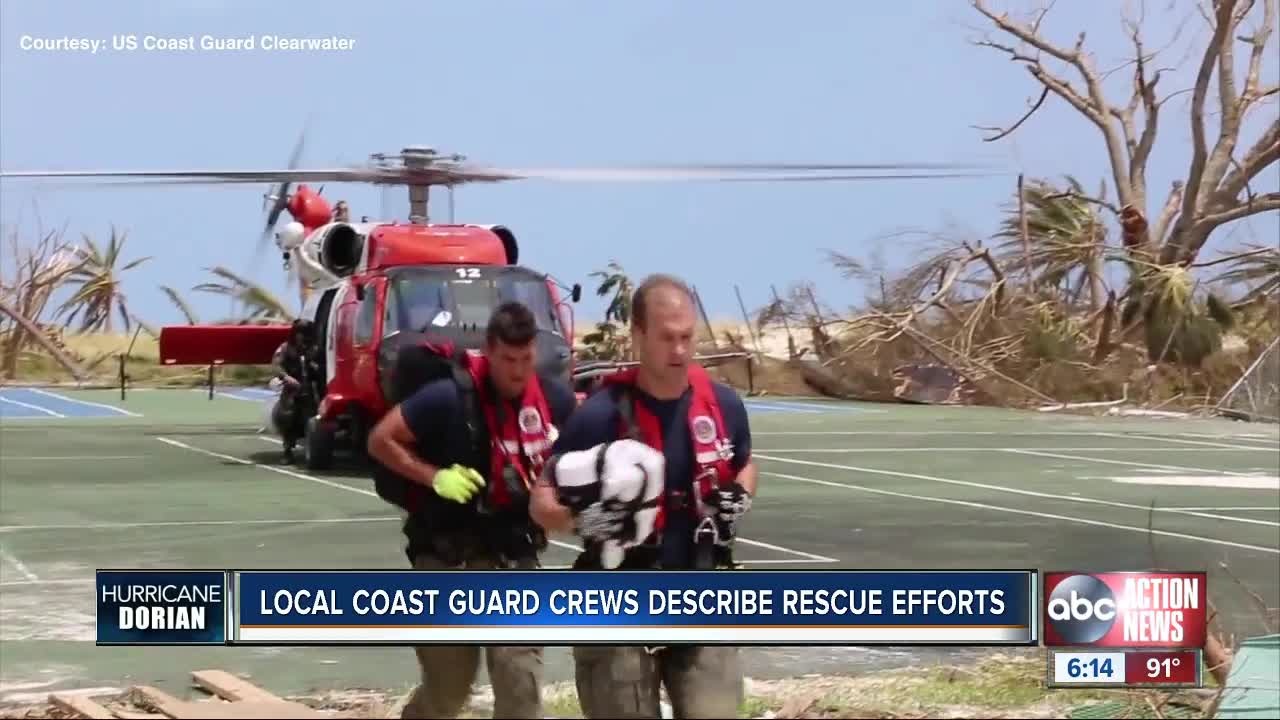 Members of the Clearwater Coast Guard recently returned home from search and rescue efforts in the Bahamas, where whipping winds, low visibility, an underwater airport and scattered debris made rescues difficult. 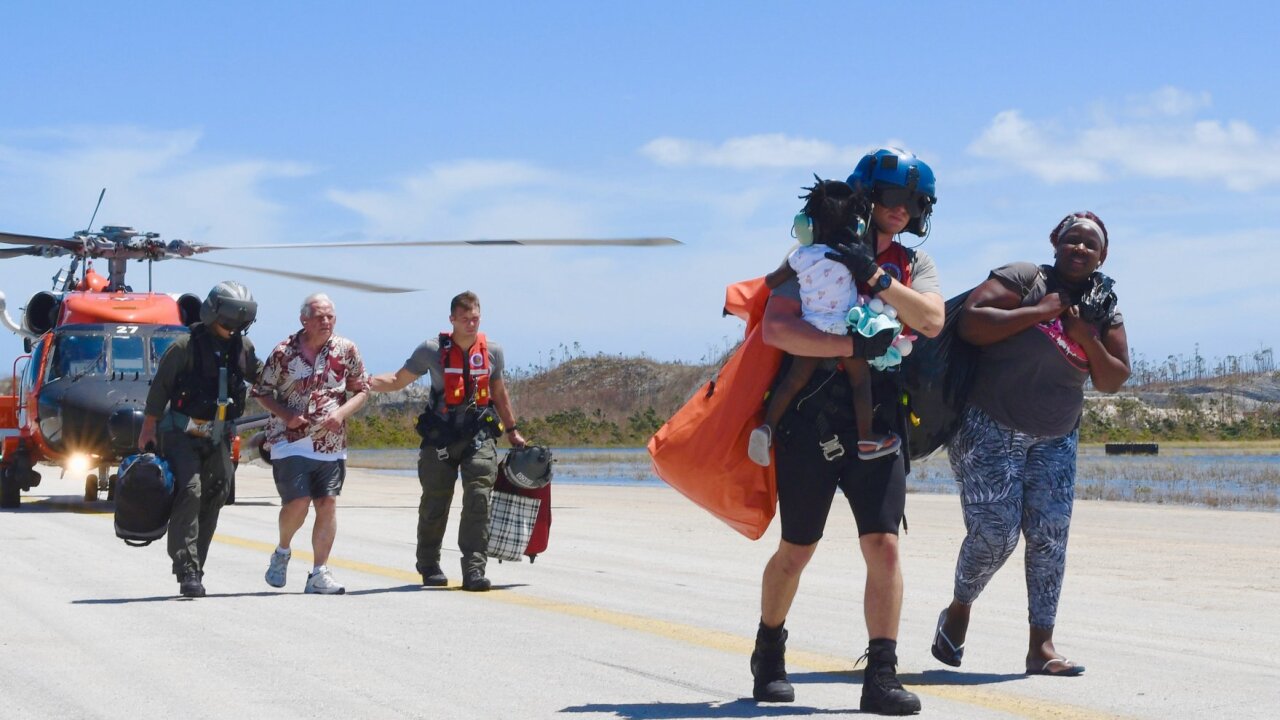 CLEARWATER, Fla. — Members of the Clearwater Coast Guard recently returned home from search and rescue efforts in the Bahamas, where whipping winds, low visibility, an underwater airport and scattered debris made rescues difficult.

Coast Guard crews have rescued 205 people in the Bahamas since Hurricane Dorian began.

“Just imagine someone setting up your lego set and destroying it. Pieces everywhere. That's how it was,” Coast Guard Rescue Swimmer Brian Kamp explained.

Our brave Clearwater Coast Guard heroes descended on the Abaco Islands and Marsh Harbour to rescue people trapped inside their homes or needing immediate medical care beyond the abilities of the only open hospital on Marsh Harbour.

"We saw people with a range of issues from diabetics running out of insulin to injuries to the head by flying debris, people crushed by cars and buildings; multiple fractures to legs,” Coast Guard Rescue Swimmer Chad Watson added.

Using seven coast guard helicopters, they carried people one by one into waiting aircrafts and lifted others to safety inside the airplane. They even helped to evacuate women pregnant and just days or weeks from going into labor.

“I’m emotional thinking about it but it’s awesome to know that’s what the coast guard does without hesitation," Coast Guard Pilot Chelsea Kalil said.

"It’s just that the situation is overall just bad and you want to do whatever you can to help them and mostly get them out of there because there’s nothing in Marsh Harbour; maybe a dozen houses, one government building and the clinic intact," Watson added.

The people in the Bahamas left a lasting impression on the Coast Guard heroes.

“A gentleman who works there who is Bahamian came up and said thank you so much and he’s like 'God always sends his angles and his helpers' and he was basically saying that was us,” Kalil said while holding back tears.

From the moment they landed back home in Clearwater, they haven't stopped thinking about going back.

“They’re going to need so much help, so much relief," Watson added with a sigh.